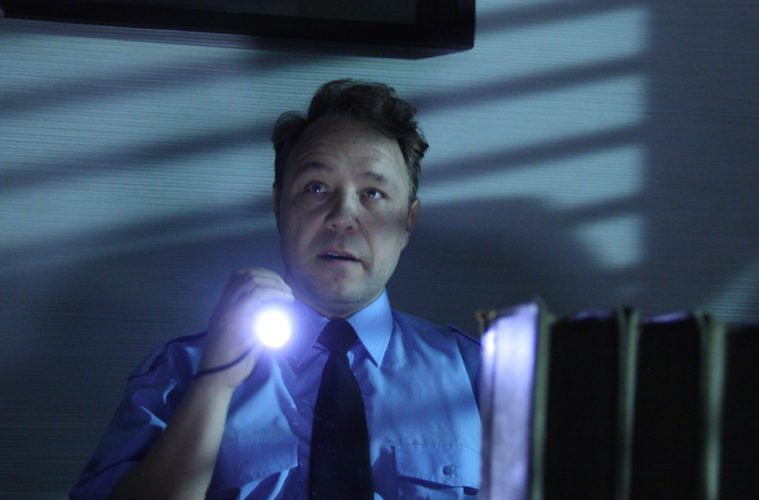 From his break-out role in Snatch to taking part in productions from Martin Scorsese, Steven Spielberg, Tomas Alfredson, Shane Meadows, and more, Stephen Graham has always been a compelling aspect of any production. His latest, the Belfast thriller A Patch of Fog finds him taking the role of a security guard who finds a once-famous novelist shoplifting, then blackmails him into a friendship. Following a U.K. bow last summer, the film will arrive stateside this month and we’re pleased to premiere an exclusive clip.

We said in our review from TIFF, “After Michael Lennox’s success with the Oscar-nominated short Boogaloo and Graham, it was only a matter of time before he’d delve back into the feature game with his debut solo fiction. Scripted by John Cairns and Michael McCartney, A Patch of Fog possesses the type of intrigue and suspense that’s able to capture the attention of two grossly underused character actors in Conleth Hill and Stephen Graham. One plays a famous writer living off the royalties of the only novel he’s ever written (over two decades previous) and the other a department store security guard. Both prove depressed, lonely men seeking a rush present complacency won’t provide and they’re on a collision course.”

Check out our exclusive clip below, along with the trailer.

A Patch of Fog opens on January 24 on iTunes and VOD.