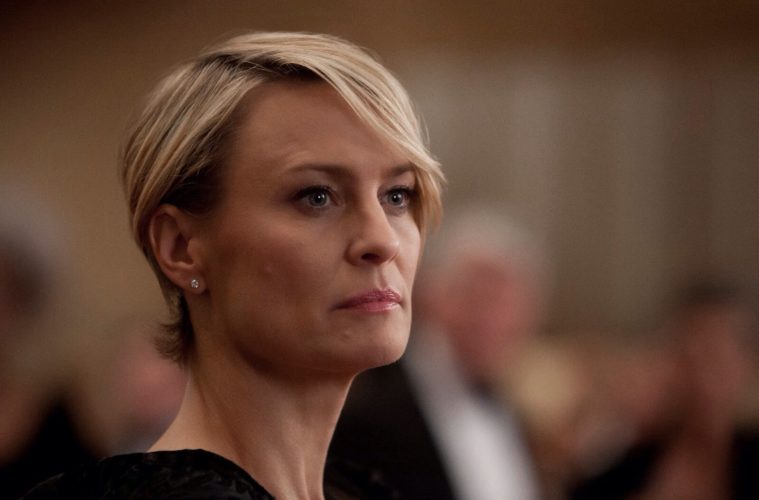 Denis Villeneuve‘s massively intriguing, potentially disastrous Blade Runner sequel has further upped its credibility: according to Variety, the project’s added Robin Wright in a “key role” about which, of course, nothing is currently known. The Hampton Fancher-penned, Roger Deakins-photographed picture will be set decades after Ridley Scott‘s original, bringing aboard Ryan Gosling in the lead role and featuring the return of Harrison Ford‘s Rick Deckard. The rest will be revealed on January 12, 2018 — or when details start leaking from the set this July.

It’s almost a matter of time before any actor as ubiquitous as Jonah Hill gets into the directing business, so take it as a little surprise when Variety tells us he’s expected to helm his own screenplay, Mid ’90s, which reportedly concerns “a young boy coming up in Los Angeles in the mid-1990s learning life lessons with his skateboarding crew of friends.” Other than the fact that his absence in front of the camera and the involvement of A24, Scott Rudin, and Eli Bush, nothing else is known for the time being.

Did you think the financial failures of American Ultra, Victor Frankenstein, and Me Him Her would sink Max Landis? Ah, but you see the world in too-rational terms. The screenwriter has set up yet another project with some major talent aboard. Per The Wrap, his screenplay Deeper will be directed by Kornél Mundruczó (White God) and star Bradley Cooper, who’s set to play “a disgraced astronaut who embarks on a mission to reach the bottom of a newly-discovered oceanic trench, which some speculate may be the lowest point on Earth.” Needless to say, things go wrong, and what ensues is “a physical and psychological fight against mysterious forces.”

Meanwhile, Variety has learned of a remake of international French hit The Intouchables, at one point the highest-grossing film in that country’s history. As if an executive and agent had but three seconds to select the most bankable over-50 white actor and under-40 black actor, the project’s added Bryan Cranston and Kevin Hart as its leads — portraying a paraplegic millionaire and a young caregiver from “the projects.”

Paul Feig has penned the script, having been contracted for the job years ago, while Simon Curtis (Woman in Gold, My Week with Marilyn) will direct. With The Weinstein Company putting it at “high priority,” production will commence in the summer.

Hold your ear to the ground folks. Do you hear that? By Jove, I detect a casting change: Alexander Payne‘s Downsizing has swapped Reese Witherspoon for Kristen Wiig, the former having left on account of “scheduling,” the one word that tends to explain it all while telling us nothing. The latter will thus play the wife of this film’s lead (himself portrayed by Matt Damon), who takes advantage of a new program that allows one to “downsize” (read: shrink) themselves and move to a community of shrunk-down people. [Deadline]

And then The Wrap tell of casting on yet another Paramount-related sci-fi project, this one produced by none other than Bad Robot. It is God Particle, which will be led by David Oyelowo and Gugu Mbatha-Raw. Penned by Oren Uziel (22 Jump Street) and Doug Jung (Star Trek Beyond), it concerns “an American space station crew who, believing they have destroyed Earth via a Hadron accelerator, allow the crew of hostile nations to board their ship, with disastrous results.” A familiar sci-fi thriller set-up — in fact, the most familiar of sci-fi thriller set-ups — but hopefully one the team, with Julius Onah (The Girl Is in Trouble) at the helm, can bring something worthwhile to it.