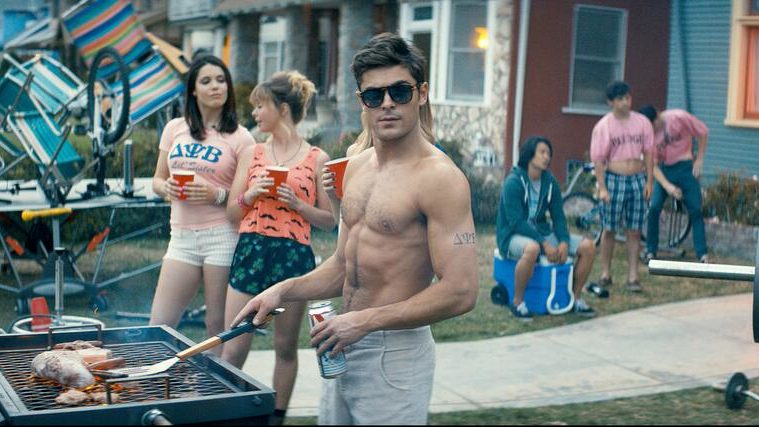 Looking back at the summer’s comedy slate, one studio offering stood way above the rest with This is the End, and in 2014, the season will kick off once again with Seth Rogen. Directed by Nicholas Stoller (Forgetting Sarah Marshall, Get Him to the Greek, The Five-Year Engagement), Neighbors (previously titled Townies) sees the comedy star battle Zac Efron, alongside Superbad alums Dave Franco (and Christopher Mintz-Plasse.

Written by Andrew J. Cohen and Brendan O’Brien, who have worked with Judd Apatow in a producing capacity, the film follows  the everyday life of one man (Rogen) destroyed by antics from the local college’s frathouse, whose leader (Efron) he comes to face off against. Also starring Rose Byrne, Lisa Kudrow, Jake Johnson and Submarine‘s Craig Roberts, check out the entertaining first red band trailer below, which surprisingly includes a Taxi Driver reference.

Update: One can see it below in higher quality, but may not viewable to all, as well as a TV spot and new images.