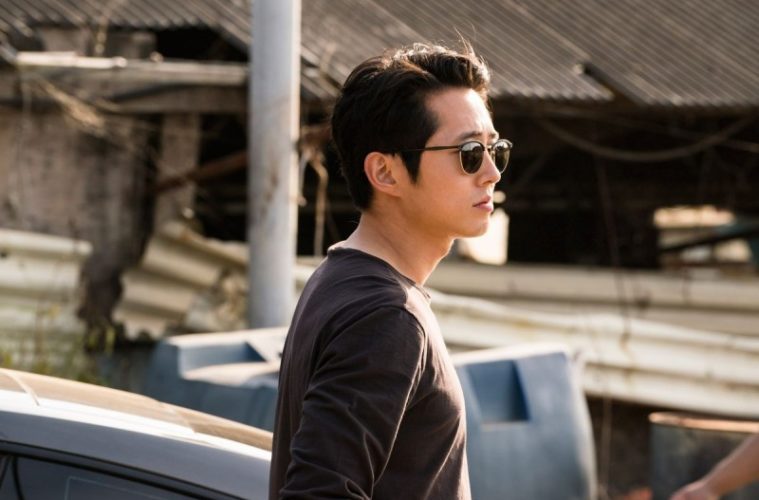 New to Streaming: ‘Burning,’ Joanna Hogg, ‘Knock Down the House,’ ‘Fighting with My Family,’ and More

Most love affairs don’t start when girl finds boy dancing on top of a K-Mart checkout counter to Rihanna’s “We Found Love,” but it’s a fitting start for Andrea Arnold’s American Honey, a sprawling, over-sized epic road trip following a magazine crew’s tour of the midwest. Anchored by a flawless performance from first-time actress Sasha Lane (who holds her own in scenes with movie stars like Shia LaBeouf and Riley Keough), it’s a funny, heartbreaking, and tense drama with boundless energy and enthusiasm as Arnold examines culture conditions from wealthy Kansas City suburbs, a rust belt town hit hard by crack and meth, and the industrial landscapes where men come to do the dirty work that literally fuels the American dream. American Honey is a rich cinematic tapestry that takes no prisoners and offers little chance to catch one’s breath during its 163-minute running time. An ambitious and brilliant socioeconomic critique of a fragmented and divided country, it announces a newcomer’s arrival and cements its helmer as one of the bravest provocateurs working in narrative filmmaking today. – John F.

After Poetry, it makes sense that Lee Chang-dong would find himself interested in deconstructing another literary genre: the murder mystery. Adapting Haruki Murakami’s short story “Barn Burning” for the screen, the South Korean master has created something that feels akin to a real page turner, with each cut, the tensions, and the mystery rise as we become desperate to know whatever happened to Shin Hae-mi (Jeon Jong-seo), the young woman who went missing, leaving her childhood friend Lee Jong-su (Yoo Ah-in) searching for her. With pulpy characters, including a delicious Steven Yeun as a mysterious Gatsby-like figure, and a dark sense of humor, the film also serves as a study of class and the way in which the lives of the have-nots become cute anecdotes for the haves. Like in the greatest literature, the filmmaker allows for sumptuous moments in which the images wash over us in the same way we revisit our favorite passages in books we love. – Jose S.

It’s become increasingly rare to see American remakes of foreign properties garner much traction or success, if any. It is rarer still to find one that justifies its own existence so prominently while almost aping its predecessor to a T. In the action-friendly-titled Cold Pursuit, the frigid sights and sounds of Norwegian director Hans Petter Moland’s In Order of Disappearance have been largely transposed to the ski town of Kehoe, Colorado, down to the silly gangster names. Hell, even a similar, brief physical gag with a yoga ball makes the cut. Moland, however, delightfully manages to wring even more sinister hilarity out of the situation in his Americanized retelling. – Conor O. (full review)

It’s the beginning of the month, which means a wealth of cinematic riches have arrived on The Criterion Channel. Highlights into a trio of films by Hong Sang-soo (On the Beach at Night Alone, Claire’s Camera, and The Day He Arrives), Joanna Hogg’s three excellent films prior to the stellar The Souvenir (Unrelated, Archipelago, and Exhibition), four films from Kelly Reichardt (River of Grass, Old Joy, Wendy and Lucy, and Meek’s Cutoff), plus the recent Criterion restorations of Detour and Moonrise, films from George Cukor and Charles Burnett, and much more. – Jordan R.

From exhaustive investigative documentaries to slick, disturbing thrillers to even meta tales of destruction courtesy of Lars von Trier, it seems like the serial killer movie has been covered from every possible angle. Enter the Ted Bundy drama Extremely Wicked, Shockingly Evil and Vile, which begins as a sympathetic perspective of an insider’s look at living with a killer before being taken over by a disarmingly charismatic Zac Efron in a scenery-chewing spectacle. While there are compelling aspects to both sides, the result is a film that wants to have it both ways, ultimately coming up short. – Jordan R. (full review)

Fighting with My Family (Stephen Merchant)

A crowdpleaser down to its bones, Fighting with My Family shows the importance of bringing an entertaining perspective to a true story. This tale of a British underdog with major wrestling dreams is thoroughly elevated by the participation of writer-director Stephen Merchant. His brand of dry, off-kilter comedy surges through what is an otherwise inspiring, but by-the-numbers tale of childhood aspirations come true. – Jordan R. (full review)

Knock Down the House (Rachel Lears) The slow-motion, bronze-burnished descent into personal desolation, itself suggested as some men’s only way of ascending to artistic greatness. Already-mild concerns that we’d never receive a proper adaptation of Roth are forever gone, for Listen Up Philip’s commitment to this idea — aided in no small part by Perry’s growing formal acuity — brings us as close as we’ll ever need to get. Zuckerman, Lonoff, and, at some turns, Sabbath do indeed haunt the film’s periphery, but less as a result of direct influence — more, I think, because we’ve only now confronted the wreckage they leave behind. – Nick N.

Perfectly timed with the release of his delightful new film Non-Fiction, Olivier Assayas’ first collaboration with Juliette Binoche, Summer Hours, is now available to stream on MUBI. Also led by Charles Berling, Jérémie Renier, and Kyle Eastwood, this drama follows a family reuniting following the death of their mother. Like the best of Assayas’ films, it’s an impeccably-crafted, subtly-moving experience, one that wades in the ideas of the value of what we hold on to and a graceful reflection on the passage of time. – Jordan R.

Richard Linklater’s under-seen adaptation of Stephen Belber’s play, Tape, is a slow-burn chamber drama in which three former high school friends meet in a hotel room in Michigan, drawn back together by the mischievous Vince (Ethan Hawke). Vince and Jon (Robert Sean Leonard) were best friends whose romantic paths both crossed with Amy (Uma Thurman) at separate times. After a joint and a few beers, it’s revealed that an audio tape recording has been made of their conversation by Vince, which included Jon confessing to raping Amy years earlier. As Jon fights with his old friend for the tape, we realize Amy is on her way to the hotel, secretly invited by Vince, who has pulled an untold number of strings to set the stage for his cringe-worthy main event. However, plans quickly change. What began as an awkward attempt at revenge mutates and turns on its own architect, ripping open old wounds and blasting fresh new ones. In the end, these two men will learn that there are some things for which apologies are barbarically insufficient. – Tony H.

Happy Death Day 2U
How to Train Your Dragon: The Hidden World
Isn’t It Romantic

The Academy of Muses
The Hole in the Ground
Sixteen Candles