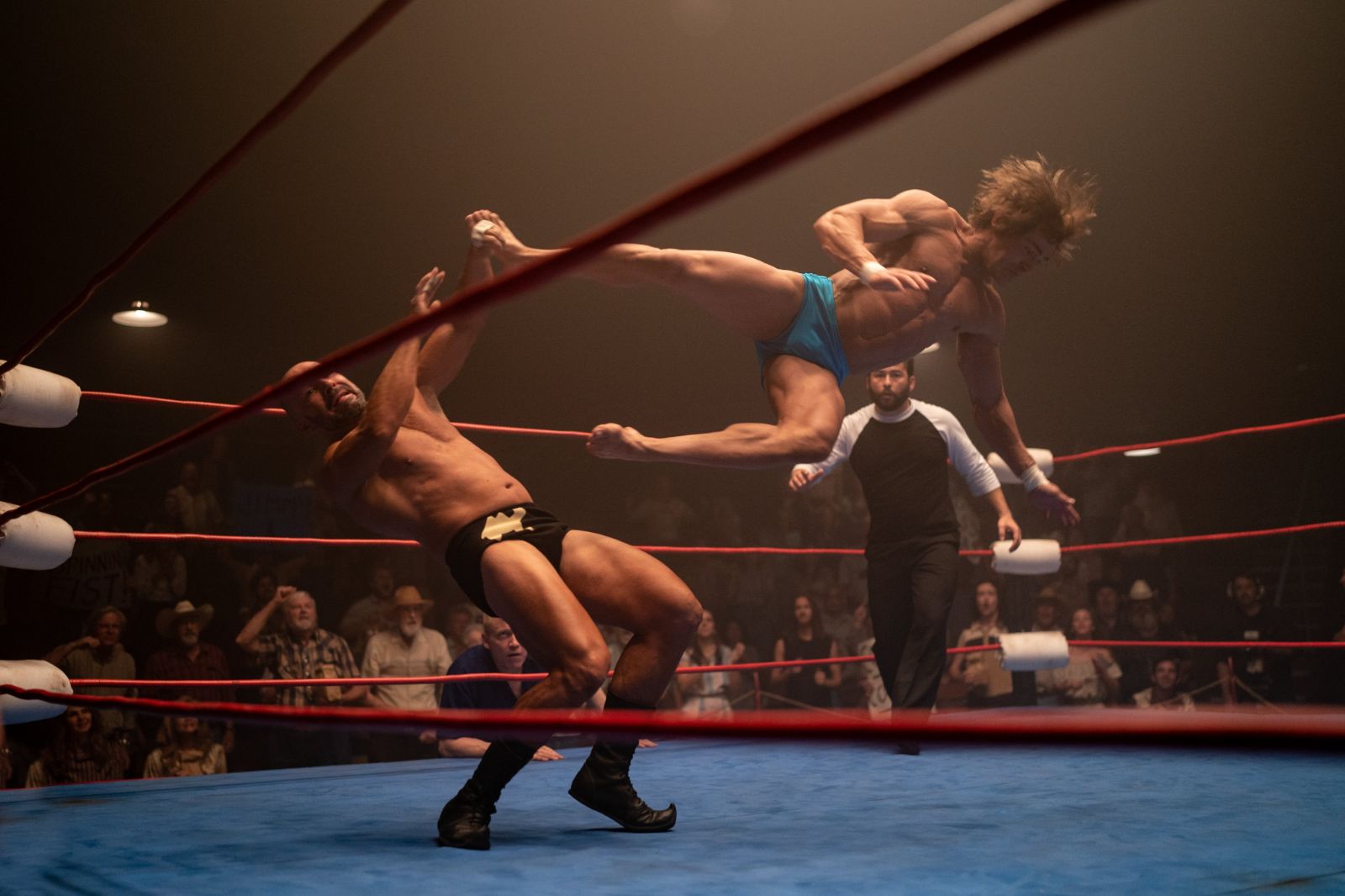 After a nearly decade-long break between his first and second features, Martha Marcy May Marlene and The Nest director Sean Durkin thankfully is moving more quickly on his third film. The Iron Claw, which captures the story of Kevin Von Erich and his wrestling dynasty family, is already in production and the first look has now arrived.

Led by Zac Efron, and also starring Harris Dickinson, Jeremy Allen White, Lily James, Maura Tierney, and Holt McCallany, the A24-backed film will hopefully arrive in theaters next year. Durkin, who also scripts, will capture the wild true story of the Von Erichs, the wrestling dynasty family who made a mark in the 1960s up to the present day and, due to a number of strange deaths, the term “Von Erich curse” was coined. (If you want a preview, we won’t spoil here, but one can check out the Wikipedia entry.)

“I think if you get great actors and if you choose the right actors, it’s not about coaching anyone. It’s about talking about the idea, about being in it. If something’s not going right, the person’s probably distracted,” Durkin told us. “If I think of it in terms of sports, if an athlete is in their zone and not thinking and just operating on their skill set, that’s when they play best. And I think acting is the same way. Oftentimes, when I’m shooting a scene, if I don’t know where to put the camera, there’s probably a problem with the script. And it was a really interesting realization to happen. It’s been completely consistent with scenes that are really well written that I just know exactly how to shoot [them]. Early on, I invite the actor to change the words if they need to, so that they feel right for the person saying them, because I think that’s also a big part of getting a good performance, making sure that they can seamlessly deliver those lines and believe that they’re their own.”