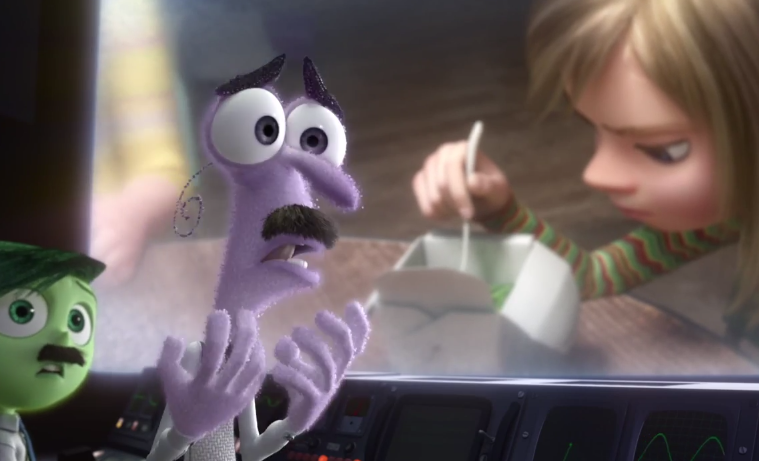 New Trailer For Pixar’s ‘Inside Out’ Goes Beyond the Emotions While the first trailer for Pixar’s latest animation, Inside Out, mostly relied on their past filmography to sell things, only hinting briefly at the backdrop of what’s to come in their next film, today we have a much-improved full-length trailer which takes a better look at the human aspect. Exploring the emotions inside the mind of an 11-year-old named Riley, it marks the next feature from Pete Docter (Up).

This new preview features specifically one scene, in which we can see how the different emotions both inside the daughter (and her parents) interact like warring battle stations. It’s fun, inventive, and will hopefully make for one of the more enjoyable films next summer. Check out the trailer below, which features the voice cast of Mindy Kaling, Bill Hader, Amy Poehler, Phyllis Smith, and Lewis Black.

Growing up can be a bumpy road, and it’s no exception for Riley, who is uprooted from her Midwest life when her father starts a new job in San Francisco. Like all of us, Riley is guided by her emotions – Joy (Amy Poehler), Fear (Bill Hader), Anger (Lewis Black), Disgust (Mindy Kaling) and Sadness (Phyllis Smith). The emotions live in Headquarters, the control center inside Riley’s mind, where they help advise her through everyday life. As Riley and her emotions struggle to adjust to a new life in San Francisco, turmoil ensues in Headquarters. Although Joy, Riley’s main and most important emotion, tries to keep things positive, the emotions conflict on how best to navigate a new city, house and school.