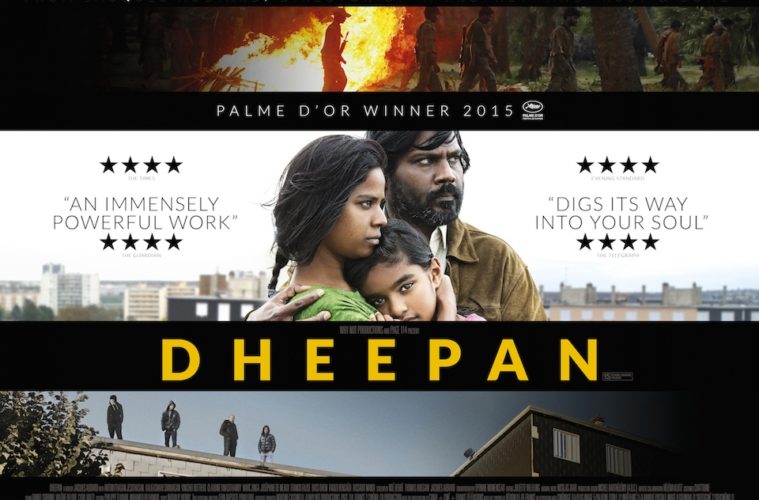 Because the U.S. and the U.K. will be among the final markets to receive Dheepan, Jacques Audiard‘s Palme d’Or winner, marketing materials continue to hit the English-speaking world. Whatever the level of your interest in the man’s newest picture, this latest trailer (selling a release overseas) offers a number of striking images — something we found the film was in no short supply of upon seeing it at Cannes last year.

As our review said, “Until losing its cool in the third act and ending on a relatively soft note, French veteran Jacques Audiard‘s Dheepan is a muscularly directed dramatic thriller about the difficulties of starting over and the inevitability of violence. Clear-eyed, tightly wound, and cinematically and psychologically immersive, it’s a furious ride of a movie that actually has something to say.”

Watch the trailer below (via i-D):

Dheepan arrives in the U.K. on April 8 and is expected to hit the U.S. that month.