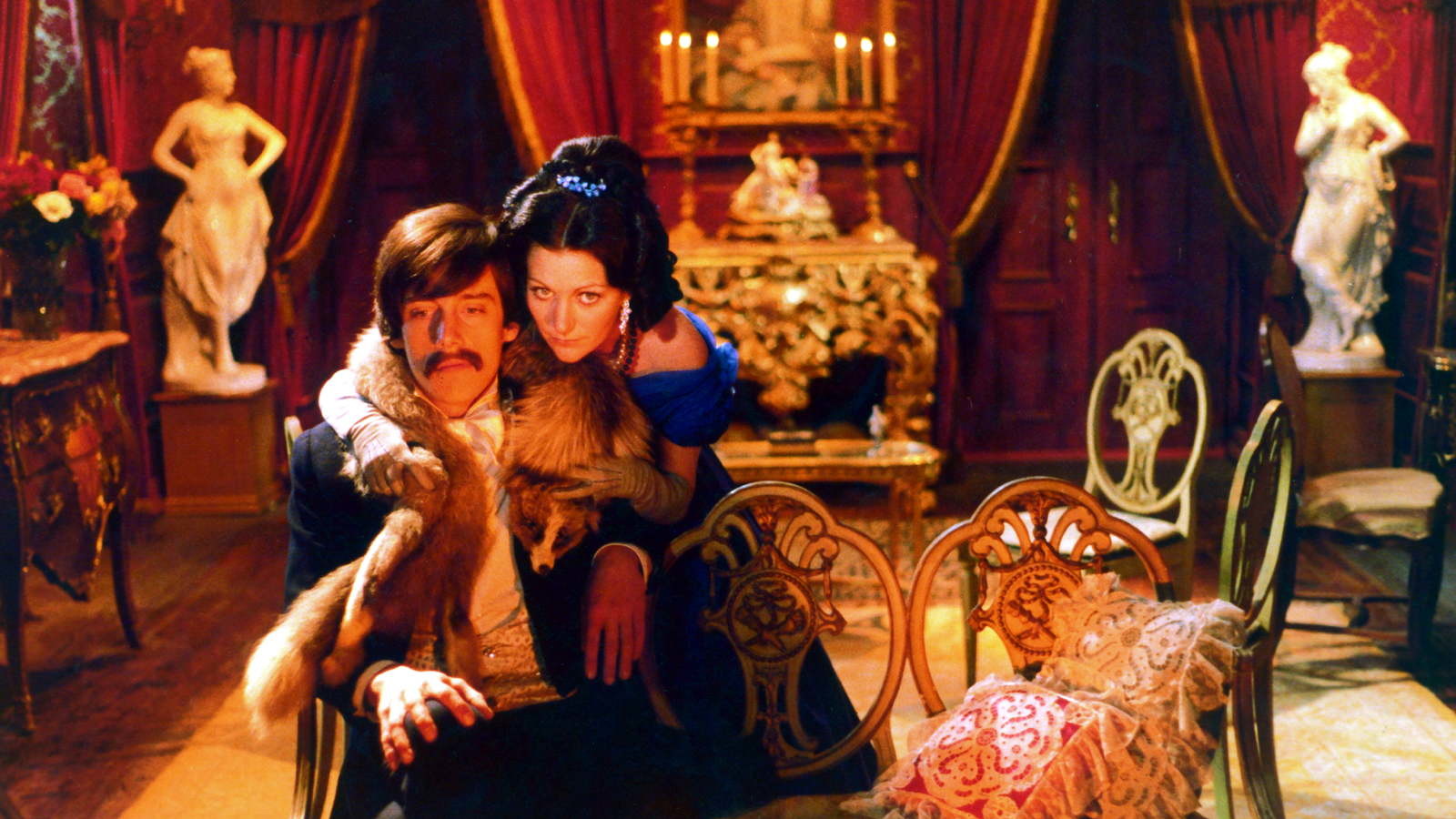 Starting with the work of Joy Buolamwini of the MIT Media Lab, Shalini Kantayya’s Coded Bias is an alarming look at the imperfections of technology trusted to make our lives easier and safer. A false bill of goods has been sold in certain circumstances, ranging from a 90% false-positive rate in facial recognition to relying on algorithms based on zip code that can determine sentencing, recidivism rates, and probation guidelines in the criminal justice system. As Jeff Orlowski’s The Social Dilemma also highlights, part of the problem lies with who is making these decisions, and it’s mostly white male computer programmers.  – John F. (full review)

The zombies hobbling around the streets of the fictional, bucolic US city of Centerville have been awakened by global warming (specifically, from the ruthless fracking of the Earth’s polar caps), and that’s possibly the single most inventive spin in Jim Jarmusch’s latest, the Cannes opener The Dead Don’t Die. Ghouls can’t be killed, and neither can the tropes so many previous classics of the genre have crafted around them, and which Jarmusch’s star-studded comedy happily rehashes in a ride that offers plenty of chuckle-inducing moments, but ultimately stalls in a swamp of meta-textual references and cinematic detritus. – Leonardo G. (full review)

In perfect timing as we just got news that Claire Denis was covertly planning a new film starring Juliette Binoche and Vincent Lindon, to begin production shortly, the Criterion Channel is now spotlighting the master director’s work. Their retrospective features the brand-new restoration of Beau travail, along with Chocolat; No Fear, No Die; Nenette and Boni; Towards Mathilde; 35 Shots of Rum; and White Material.

After sprinkling magical realist touches in his prior film Neon Bull, the director’s imagination is once again deployed with full force here. With it being only eight years in the future, his predictions are rightfully minor but artfully woven into the environment for maximum realism. He imagines a city that is more industrialized (and polluted), with factories crowding the once-pristine beach vistas. In a dystopian fashion, the population is also more strictly controlled as metal detector-esque machines detect any unregistered fetuses–a constant reminder for Joana of her infertility. In her job at a notary for the government, she specializes in divorce documentation, which directly conflicts with her religious beliefs. She perpetually wishes of a hopeful reunion for her clients, attempting to convince them of the spark their relationship once had and to get back together, which is in direct conflict of the government’s separation of church and state. – Jordan R. (full review)

One of the best showcases for documentary work each year is the annual festival DOC NYC. Now taking place virtually nationwide, our coverage is continuing here with reviews of Television Event, Zappa, The Viewing Booth, and much more.

The crowning achievement of a once-in-a-lifetime career, Manoel de Oliveira’s Francisca has been restored in 4K by the Portuguese Cinematheque and has now (virtually) hit U.S. shores. One need not intimately know Oliveira’s filmography to experience Francisca, which often plays like a lavish Visconti epic honed to its most essential dramatic and formal pieces—or as Dave Kehr said, “as if Jean-Marie Straub has collaborated with Max Ophüls.” If that’s even slightly to your liking, prepare to bliss out.

Where to Stream: Projectr

The beauty of NYC is of a less-obvious kind; it grows on you. You learn to find serenity among the steel columns that support the subway, find dissonant harmony in the eclectic types of architecture that characterize major landmarks, and appreciate the softness of Central Park, a miniature forest surrounded by steel and cement. Manfred Kirchheimer highlights precisely this kind of beauty in his poetic documentary Free Time. Composed of vignettes he and friend Walter Hess shot between 1958 and 1960, the film presents us with a New York City that no longer exists. At least at first glance. – Jose M. (full review)

Where to Stream: Projectr

Molecular shapes collide into one another, at which point they may as well be falling from the heavens. As scientists examine their glassy, often contradictory patterns, they themselves fall eons into the past. There’s a deep relaxation in acknowledging one’s insignificance. Is this relative? Of course. But it is, in more ways than one, timeless. While the parallel between science and religion isn’t particularly new, Werner Herzog and Clive Oppenheimer’s Fireball: Visitors from Darker Worlds sees this serendipity sharply enough to compensate for its inconsistencies. – Matt C. (full review)

Places, objects, sounds, and smells each retain shimmers of memory we long to hold and struggle to forget. This is what’s happened to Charlotte’s (Odessa Young) childhood home—the place where her mother took her own life. Whether she hasn’t thought of it in a long time or it’s all she ever thinks about, this moment right now sees it taking control of her senses and refusing to let go. The lights in these nightmares extend out in a hazy blur, everything so much bigger and mesmerizingly essential due to the weight of the pain wrought within. This building is the death of her mother, but the town where she still resides is the death of her youth. As graduation and escape looms, everything good suddenly begins to decay. – Jared M. (full review)

Where to Stream: Apple

The Life Ahead (Edoardo Ponti)

In her first feature film role since her turn in Rob Marshall’s Nine in 2009, the legendary Sophia Loren is starring in The Life Ahead, a new Netflix international production. Starring alongside newcomer Ibrahima Gueye, she plays the role of his ward, forming an indelible bond in seaside Italy. A remake of Madame Rosa, the 86-year-old Loren plays Madame Rosa, a role previously played by Simone Signoret to critical acclaim. A holocaust survivor and former prostitute in sea-side Italy, she takes in a Muslim orphan named Momo (Gueye) as her ward after an undisclosed tragedy rendered him orphaned. The relationship begins tersely as Momo had previously robbed her but begins to evolve into between the two survivors of two separate worlds brought together by their shared tragedies in life. – Margaret R.

Monsoon, the latest film from director Hong Khaou, grapples with lost identity, being trapped between two worlds and cultures. Khaou’s previous work Lilting is a character study about a gay man trying to connect with the Chinese mother of his dead partner in order to cope with his grief. Their communication takes place without language as neither can speak the other’s, their bonding relayed through the translations of others but primarily through each other’s physical presence. They engage by acting around one another, simply existing in spaces that their lost loved one is not there to wander through. She did not know her son was gay as he never had the chance to celebrate with her while his lover was alive. Lilting attempted to blend the mutual cultural understanding with a story of untimely loss and living as a queer person in a traditionally heteronormative environment. – Logan K. (full review)

The Nice Guys, Shane Black’s welcomed return to the detective genre, gleefully wallows in quips, twists, and punches, lovingly paying homage to hard-boiled fictional tough guys of yesteryear. It’s a film anchored by two shamelessly likable performances from Ryan Gosling and Russell Crowe, whose unexpected comedic chemistry makes for an incredibly rewatchable and entertaining experience. We have genuine fun in their presence, hanging out with the two of the world’s worst detectives as they stumble ever closer to a characteristically violent conclusion. The other star is unquestionably Black’s playful screenplay (co-written by Anthony Bagarozzi), which beautifully weaves the required elements of the detective movie formula around the peculiarities of its ‘70s Los Angeles setting. I predict that within ten years, we will have forgotten that The Nice Guys wasn’t the smash hit of summer 2016, as it clearly should have been. – Tony H.

Queen of Hearts (May el-Toukhy)

In Danish writer/director May el-Toukhy’s gripping, thought-provoking erotic drama Queen of Hearts, problematic sex happens at an unlikely place. Middle-aged Anne (the ever-remarkable Nordic screen goddess Trine Dyrholm) is an intelligent, compassionate, happily married attorney who specializes in sexual abuse cases. She stands up for young, traumatized girls and defies professional rules of conduct to confront their predators in private. Not only revered by her peers, she’s actually loved by her clients. Besides a prosperous legal career, her success extends to the personal front as well with loving husband Peter (Magnus Krepper) and their twin daughters. By all appearances, this is an exceptionally accomplished woman who’s found fulfillment in life. But then Peter’s teenage son from a previous marriage, Gustav (a breakthrough star turn from Swedish actor Gustav Lindh), enters the picture. – Zhuo Ning Su (full review)