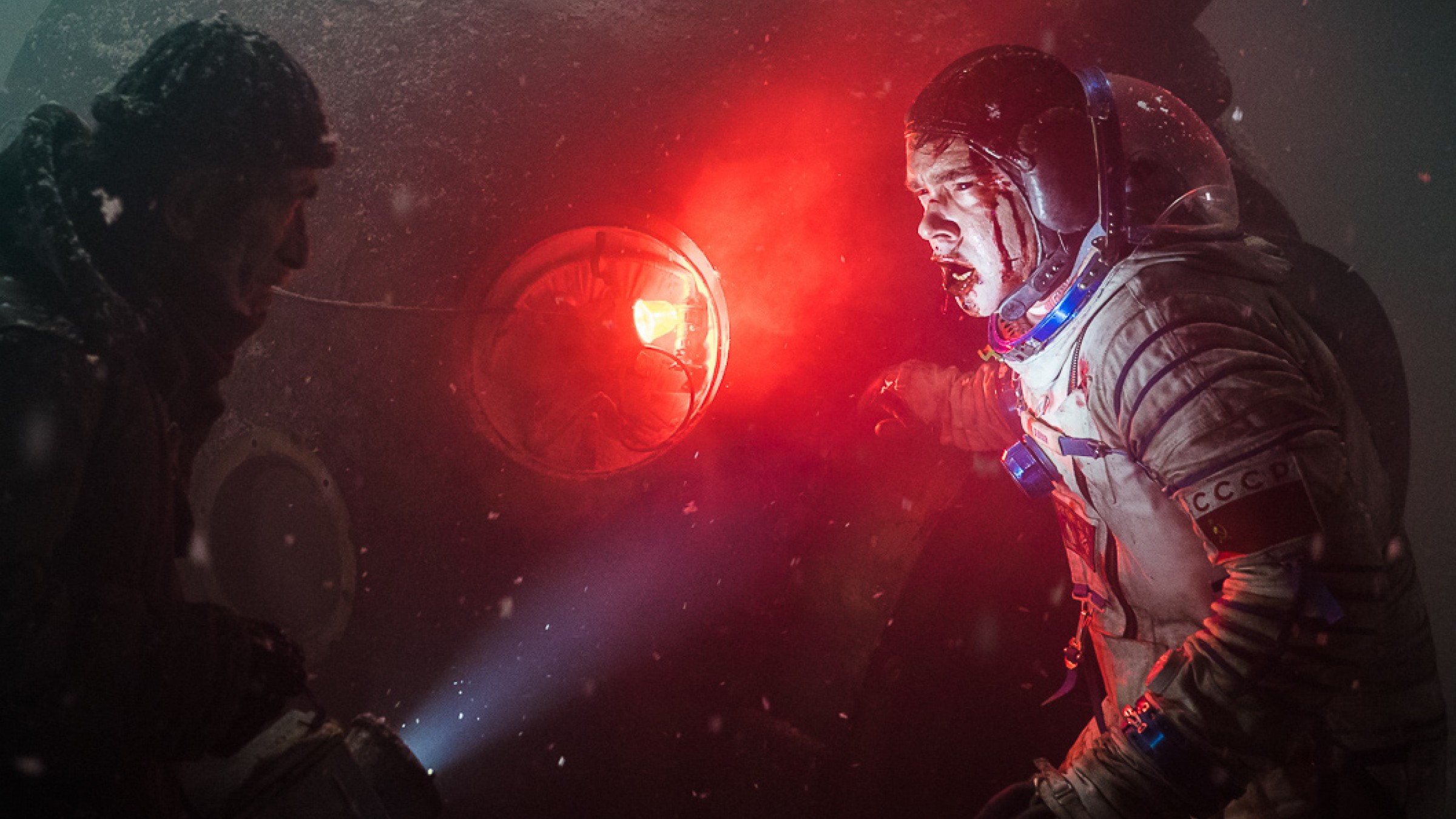 With a clear reverence for sci-fi horror landmarks, principally Alien, the new Russian feature Sputnik looks to crash-land into the genre with high ambitions. Unfortunately, for first-time writer-director Egor Abramenko, emphasizing associations to Ridley Scott’s sci-fi juggernaut is more an act of cannibalism than a guiding light of inspiration. While Sputnik succeeds in its striking visual effects and an intriguing central creature, it sputters out from the gravitational pull of amateur pacing and a wildly messy execution.

The film begins in 1982, with two cosmonauts returning from a mission amidst the stars, drifting over a digital Earth that showcases Abramenko’s knack for convincing visual effects. However, things quickly go awry when something appears to board the vessel, which plummets to Earth and leaves one cosmonaut mauled to death and the other, Konstantin (Pyotr Fyodorov), shell-shocked and wracked with apparent amnesia.

With Konstantin kept under study in a private facility in Kazakhstan, in comes Tatyana Kilmova (Oksana Akinshina), a doctor with no-holds-barred methods who is requested to take a look at the state of this struggling cosmonaut. Little does she know, Konstantin brought back something far more sinister than great views from space. In fact, aboard his own human vessel is a symbiotic alien being with a feisty attitude and strange… habits. As Tatyana learns more about the bond between man and alien, and the lengths her government will go for their own gains, her loyalties and morals are put to the ultimate test.

With this hook, Abramenko sets off to tell a story that may strive for Ridley Scott’s masterpiece, but with an end result that will have one recalling half-forgotten summer blockbusters and teenage fanfare. Seemingly intrigued by all of his favorite genres at once, Abramenko stitches together ungainly tonal shifts and broad character development as Sputnik jerks between observational sci-fi, body horror, spy drama, and man-and-beast team-up flick. While this kind of discordant tangle wildly appeals to the writer’s adoration for trashy sensibilities, rarely do these components as executed here rouse, intrigue, or quicken the pulse. Imagine if Arrival became Venom without any heart or an absurdly giddy tone.

While the concept that an alien being uses a human like a spacesuit in a hostile world has its possibilities of intrigue, there is a deadened sensibility to Sputnik that cannot be shaken by its bombastic score, its teases of gory mayhem, or the intended emotion guided by Abramenko. These dualities leave the film at war with itself, cloaked in somber drama and “epic” sensibilities (yes, the score WHAAAAMPS) all while a small alien is puked out of a man’s body. The set-up is there, but these more delectable B-movie elements are never leaned into, as Abramenko is too married to sweeping, romantic storytelling threads.

Government cover-ups, changes of heart, and unlikely team-ups all materialize in strokes of storytelling best aligned with YA novels, as characters make decisions seemingly at the whims of the narrative rather than cogent choices. Procedural elements and ideas about developing a base communication with foreign beings are abandoned for an awkward central relationship that lacks logic, chemistry, and, above all, heart. Ultimately, the film follows the trajectory of its cosmonaut, floating through space, full of promise, only to quickly plummet.

Somewhere, there is a rollicking piece of genre filmmaking buried inside Sputnik, not unlike the gooey creature nestled inside the film’s lead. It’s a movie with tighter editing, deliberate pacing, and more developed relationships. It’s one that leans into its beating, bloody B-movie heart and doesn’t get lost in underdeveloped ideas aiming to build hefty storytelling. Instead, Sputnik enters the scene like the film’s central symbiotic creature: spit onto cold tiles in a heap of pus, destined to be gawked at via a screen, strange and unsightly and yes, I’ll admit, maybe even misunderstood. Because despite its hefty shortcomings, Sputnik sports truly impressive creature design and ambition that could be admired. For the right late-night crowd, it could go over well, and I’m sure there’s a collective who will find its dissonance charming. It’s clear as day that Abramenko put his whole being into this chaotic beast, and I look forward to the day where his drive and passion meets material that is worthy of it. Until then, I’d recommend finding your otherworldly screams elsewhere.