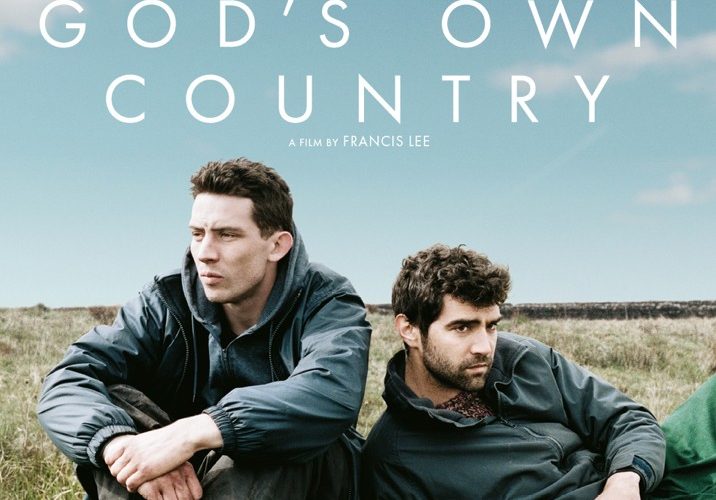 British filmmakers have a recent habit of bringing about canonical additions to UK queer cinema with their debuts. Andrew Haigh’s heartbreaking romance Weekend and Hong Khaou’s moving Lilting are now joined by Francis Lee’s gay romance God’s Own Country, a bold and brilliant drama rightfully garnering Brokeback Mountain comparisons out of its Sundance Film Festival berth. Anchored by a quartet of heartfelt performances and tapping into zeitgeisty conflicts between working-class England and growing EU immigration, it’s hard to imagine a more bracingly open-hearted film coming out of Brexit Britain today.

Josh O’Connor is a revelation as Johnny, a 24-year-old farmhand working in brutal isolation on the family estate in the Yorkshire Moors of northern England, which is also the harsh, windswept setting of Emily Brontë’s Wuthering Heights. As foaling season arrives, his family farm, headed by Johnny’s hard-as-nails father Martin (Ian Hart), hires an extra worker in Romanian migrant Georghe (a superb Alec Secareanu), an outsider who unsettles Johnny in the routine that protects his own deep insecurities.

Foremost there is his guilt of his own sexuality, as casual sex in pub bathrooms with men is obliterated by nightly binge-drinking. Lasting relationships are impossible and friendships long gone — his former schoolmates, long left for college, now see a loner who used to be center of attention, “a right laugh.” When a one-night stand requests a date, Johnny throws him a glance as if the guy comes from a different planet. And Johnny treats Gheorghe like scum to compensate, throwing racial insults fueled perhaps more by self-hatred than outward disdain: “It’s a shite-hole,” he tells Gheorghe of his new living quarters. “I bet you wish you stayed in Romania.”

“It’s beautiful here, but lonely, no?,” asks Gheorghe one morning afterwards, staring into the harsh abyss of this Yorkshire countryside — no place for a spunky young man like Johnny. O’Connor plays Johnny with a gruff demeanor, not unlike a Tom Hardy — the film may need English subtitles to American audiences uninitiated in craggy Yorkshire drawl — and his masculinity carries with it an uncannily sensitive homoerotic charge.

It’s not that Johnny isn’t unwilling to show his sexuality openly. An old schoolfriend (Patsy Ferran) implies it’s common knowledge among his peers when she offers to introduce him to a male friend. Johnny’s journey isn’t one to make him comfortably “out,” but comfortable in his own skin.

Outstanding support from Secareanu, headstrong but sympathetic as Georghe, and Hart, who finds heart and soul despite a hard edge towards his son, make this tight-knit drama even more impressive. A keen tackling of class politics, the rural-urban divide, sexuality, and identity are all issues wrapped up in Lee’s sensitive script. Perhaps Georghe’s European sensibilities may well be what breaks free Johnny’s clichéd British stiff-upper-lip that kept him isolated for so long. And as an Englishman myself, broken-hearted from the UK’s breakaway from Europe, I can think of no better metaphor to define the relationship we Brits need now.

God’s Own Country premiered at the Berlin Film Festival and opens on October 25.