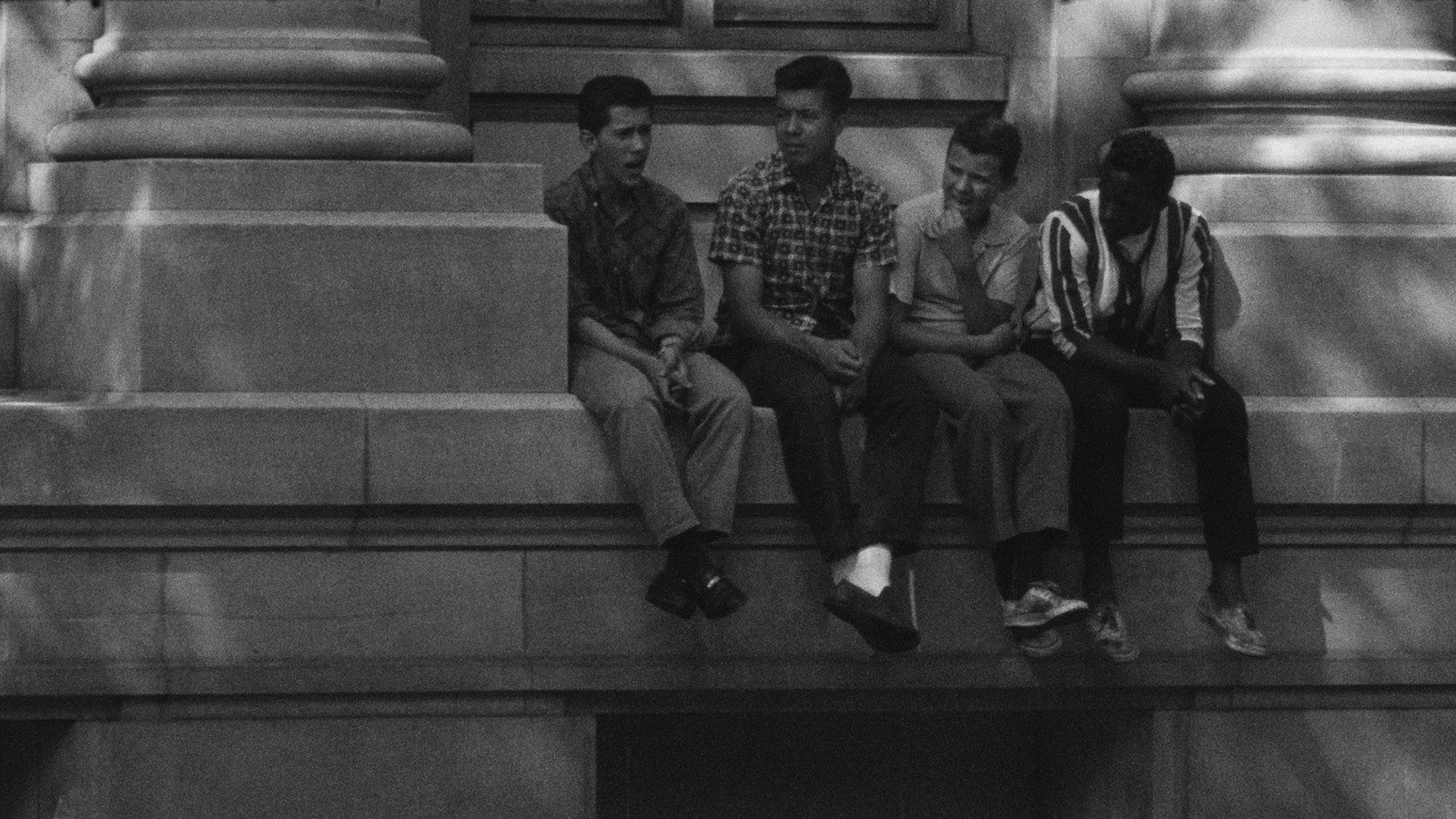 New York City isn’t particularly renowned for its beauty. Wait, wait—don’t punch me. I love New York. I moved here because I grew up on Annie Hall, Breakfast at Tiffany’s, Moonstruck, and All About Eve. I wanted to be in the city that never slept, feel the rush of creative energy that has inspired artists for centuries, but I didn’t consider the city a “beauty” comparable to Paris or Rome, cities with breathtaking architecture and art pouring from every structure.

The beauty of NYC is of a less-obvious kind; it grows on you. You learn to find serenity among the steel columns that support the subway, find dissonant harmony in the eclectic types of architecture that characterize major landmarks, and appreciate the softness of Central Park, a miniature forest surrounded by steel and cement.

Manfred Kirchheimer highlights precisely this kind of beauty in his poetic documentary Free Time. Composed of vignettes he and friend Walter Hess shot between 1958 and 1960, the film presents us with a New York City that no longer exists. At least at first glance.

Though the children playing on the street might be wearing clothes from a different era and using chalk to entertain themselves, they are not different from modern youths who gather in person and spend time using phones as means of fun. The elderly woman reading her paper while sitting on a lawnchair might no longer be alive, but another elderly woman somewhere will do exactly that—maybe on her iPad.

The construction workers removing bricks from a wall, drilling what will most likely become a more modern building, are using antique tools, but you don’t need to hear the sound of a machine (Kirchheimer sets the film to music by Ravel, Count Basie, and Bach among others) to instantly remember how the sounds of construction are one of the instruments in the endless symphony of New York.

We see a woman showcasing her style and glamour, only to be betrayed by a careless sidewalk that makes her trip and catch herself. Factories release towers of smoke that hint at the monotony of its inhabitants caught in a cycle of production; they’re almost analogous to the man who pushes a cart containing the cardboard boxes he’s collected along the way, the filmmaker suggesting they have the opposite of free time.

Kircheimer put the film together some 60 years after compiling the material, but Free Time doesn’t perform the duties of a nostalgic travelogue. It lets itself find a journey by avoiding a destination, a wanderer without purpose who finds humanity because it’s impossible not to. Kirchheimer visits several neighborhoods in Manhattan without labeling or contrasting them with his visit to Queens.

That the film arrives during a time when New York City is undergoing another period of reinvention, healing, and repurposing isn’t only a gift that reminds us the beauty that makes us stay here is still there. It’s in the details of in the facade of a building we see but have never stopped being in awe of, or the way in shadows reflected on a bridge tell a story to someone who can see the shadow but not the person creating it.

It’s also a testament to the city’s reluctance to sleep—not because it’s never exhausted, but because in New York City there’s always something happening, and if we blink we might miss it. Yet the promise of this place is that what we missed doesn’t compare to what waits around the corner, and that makes it the most beautiful place on Earth.