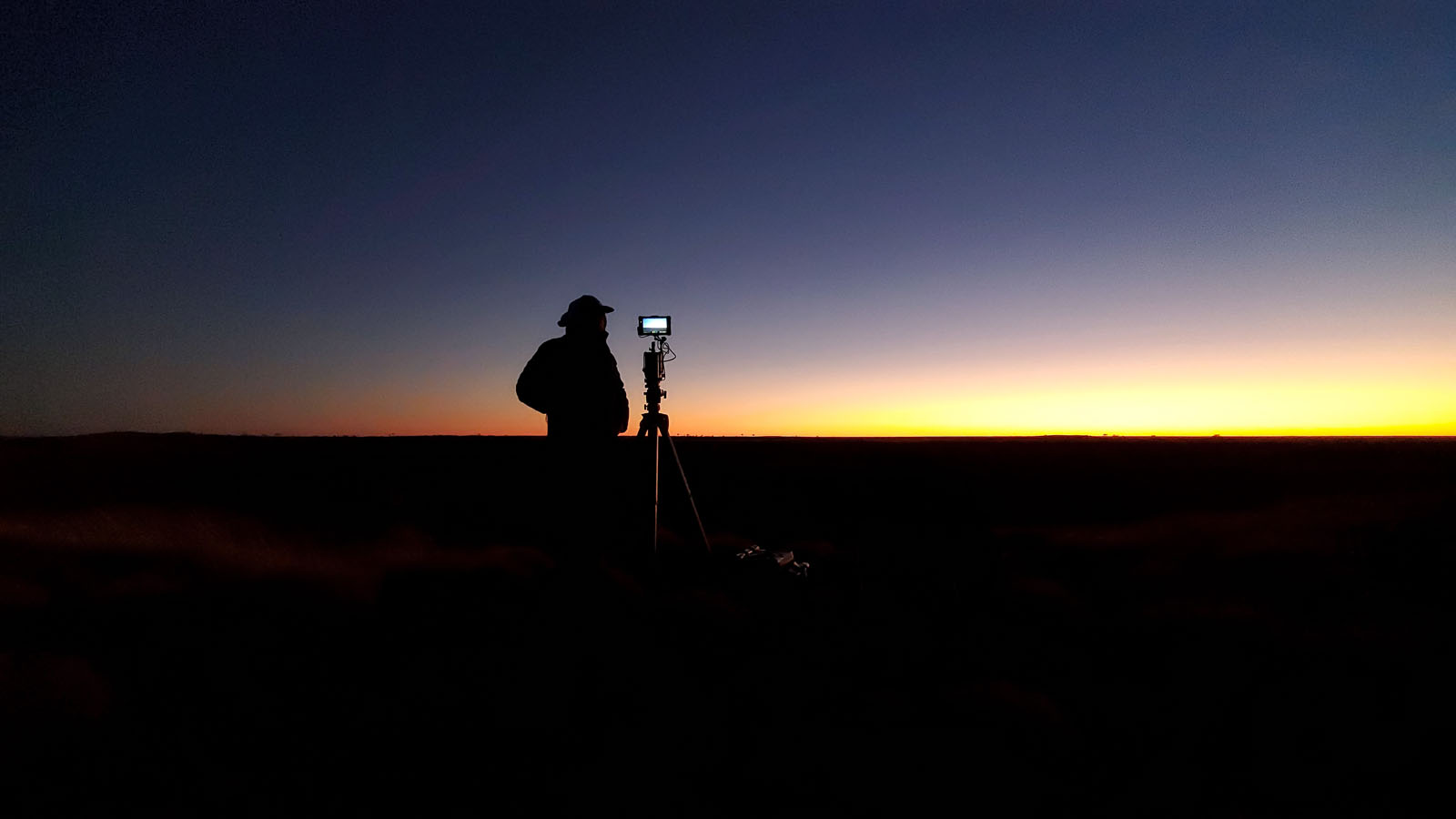 Molecular shapes collide into one another, at which point they may as well be falling from the heavens. As scientists examine their glassy, often contradictory patterns, they themselves fall eons into the past. There’s a deep relaxation in acknowledging one’s insignificance. Is this relative? Of course. But it is, in more ways than one, timeless. While the parallel between science and religion isn’t particularly new, Werner Herzog and Clive Oppenheimer’s Fireball: Visitors from Darker Worlds sees this serendipity sharply enough to compensate for its inconsistencies.

The camera wafts across landscapes—some familiar, some alien. Groups of researchers trek in formations which, shown from just the right angle, create the illusion of their pushing and pulling together into an almost godlike design. But again: this is relative. It’s when our eye draws out that everything seems bigger, often by way of illusion. A logical approach runs through Fireball, but the sheer wonder of it all—and its sly balance of tones—is what prevents it from burning up before making impact.

Ostensibly, Fireball draws connections between natural phenomena and how humankind interprets them. Herzog and Oppenheimer, who share the directorial credit, travel across the world, the former behind the camera and the latter on the screen. It’s this dichotomy that gives Fireball its greatest sense of push and pull, but that’s largely thanks to the rhythm at which editor Marco Capalbo oscillates between directorial perspectives.

At times it’s an odd mix. From Australia to Mexico to Antarctica and beyond, the doc seamlessly weaves Herzog’s distance and thorny sense of humor with Oppenheimer’s professorial passion. There are several of the auteur’s staples here, no doubt. There’s also—by and large thanks to how Oppenheimer happens to verbalize what Herzog’s perspective mostly hints at—a great sense of empathy. Nothing feels self-indulgent, nor do many explorations veer into frivolity. Fireball is brimming with minutiae, which is not to say its connections between the extraterrestrial and spiritual are the most intact.

The approach to religion and cultural customs feels more like an afterthought—given the cosmogony both in themes and filmmaking, more a topic the directors stumbled upon. One could even say the film itself is an extension of the creation-destruction dichotomy Herzog sets his sights on throughout. He and Oppenheimer are likely to graze against how this trope manifests itself in nature and extends itself to humankind, yet they’re just as likely to rely on interviewees for a human core.

It’d be frustrating if it didn’t work, but it does—enough, at least. And that’s largely a testament to how its directors, almost entirely detached within the context of the film, fuel each other. If anything, Fireball works best as a personification of its own themes. The textbook feeds the truncated, the truncated the tactile. Its own interests and understandings don’t always seem to exist on the same plane, but perhaps that’s okay. They’re still shining. They’ll sort themselves out eventually.