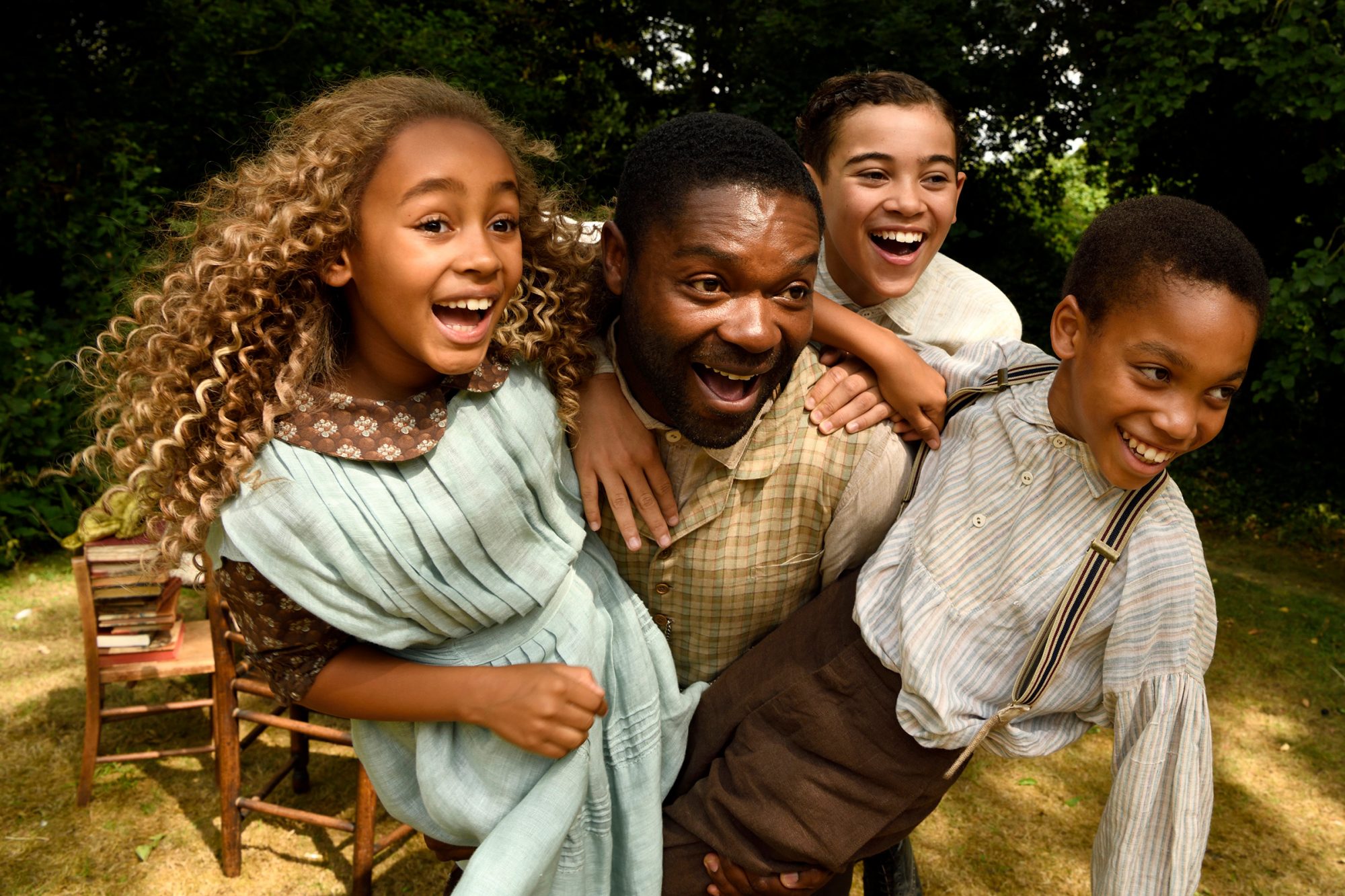 Peter Pan and Alice in Wonderland form the basis of Brenda Chapman’s fantastical children’s film Come Away. I say “children’s,” not “family,” because it’s unlikely anyone older than 12 will find much magic in this supremely surface-level story. It’s strange then that Chapman and scribe Marissa Kate Goodhill spend so much time lingering on the dark world of adults: gambling, debt collection, alcoholism, even child death. It’s unlikely kids will understand these issues, though they aren’t treated with enough complexity to engage adults. I’m struggling to work out for whom Come Away appeals.

Its premise—what if Peter Pan and Alice in Wonderland were brother and sister?—is a bit contrived but leaves room for plenty of visual wonder, being that both stories concern imagination. Chapman (making her live-action debut after The Prince of Egypt and Brave) visualizes the imagination of her child protagonists, Peter (Jordan A. Nash) and Alice (Keira Chansa), with a dexterity and impressionistic quality that betrays her animation background. She constantly flicks between the real and imagined: in an early scene, Alice throws a spear at her brothers when they’re playing make-believe, and in the blink of an eye its sharpened tip dissolves to reveal a plain old stick. When Peter and Alice venture into London, city streets don’t look real—they’re full of cinematic mist and bathed in sinister blue light—but it works as a child’s-eye-view of London as a foreign, intimidating, and dangerous labyrinth.

What doesn’t work is any attempted humanity running underneath, even with world-class movie stars Angelina Jolie and David Oyelowo in the parent roles. Chapman tracks Alice’s and Peter’s journeys to Wonderland and Neverland, respectively—manifesting in the film as a choice between escaping into childhood imagination or staying at home—where they face grief and social restrictions. Come Away bears a remarkable lack of character psychology, perhaps because Chapman and Goodhill are wary of delving too deep into the darkness of their story. They lightly touch on class, gender, perhaps even race—if you put a magnifying glass to the subtext—then back away as soon as these themes threaten to grow too interesting.

Come Away also lacks any insightful or unique take on the classic texts it’s inspired by, instead offering up Peter Pan and Alice in Wonderland fan service nobody asked for. It’s hard not to groan when Jolie’s character presents Alice with a small bell that was given to her by the “Tinker” and calls it “Tinker’s Bell.” I spent the entire film sighing to myself, “Ah yes, that character likes playing cards, so she’s going to become the Queen of Hearts,” or “That guy’s wearing a hat, hello Mad Hatter”; not once was I disappointed. Although Come Away purports to be a new take on old tales, it tediously goes through the motions of a story that’s been told a thousand times.

The sole reason I find it hard to dismiss Come Away outright is its cultural significance as a children’s fantasy film with a predominantly Black cast. Cinema history is full of fairytales, most extremely white, making exciting that young Black children will be able to see themselves in the whimsical adventures of Peter and Alice. Even beyond the two central characters and their father, played by Oyelowo, Chapman has cast an ensemble full of Black actors—a rarity in British film, period pieces, and fantasy. One hopes Hollywood will produce finer examples. In the meantime, I’m glad this film—and those like Ava DuVernay’s superior, still deeply flawed A Wrinkle in Time—exist for young kids. Yet both commit a cardinal sin: underutilizing Gugu Mbatha-Raw.

Come Away will be released on Friday, November 13.