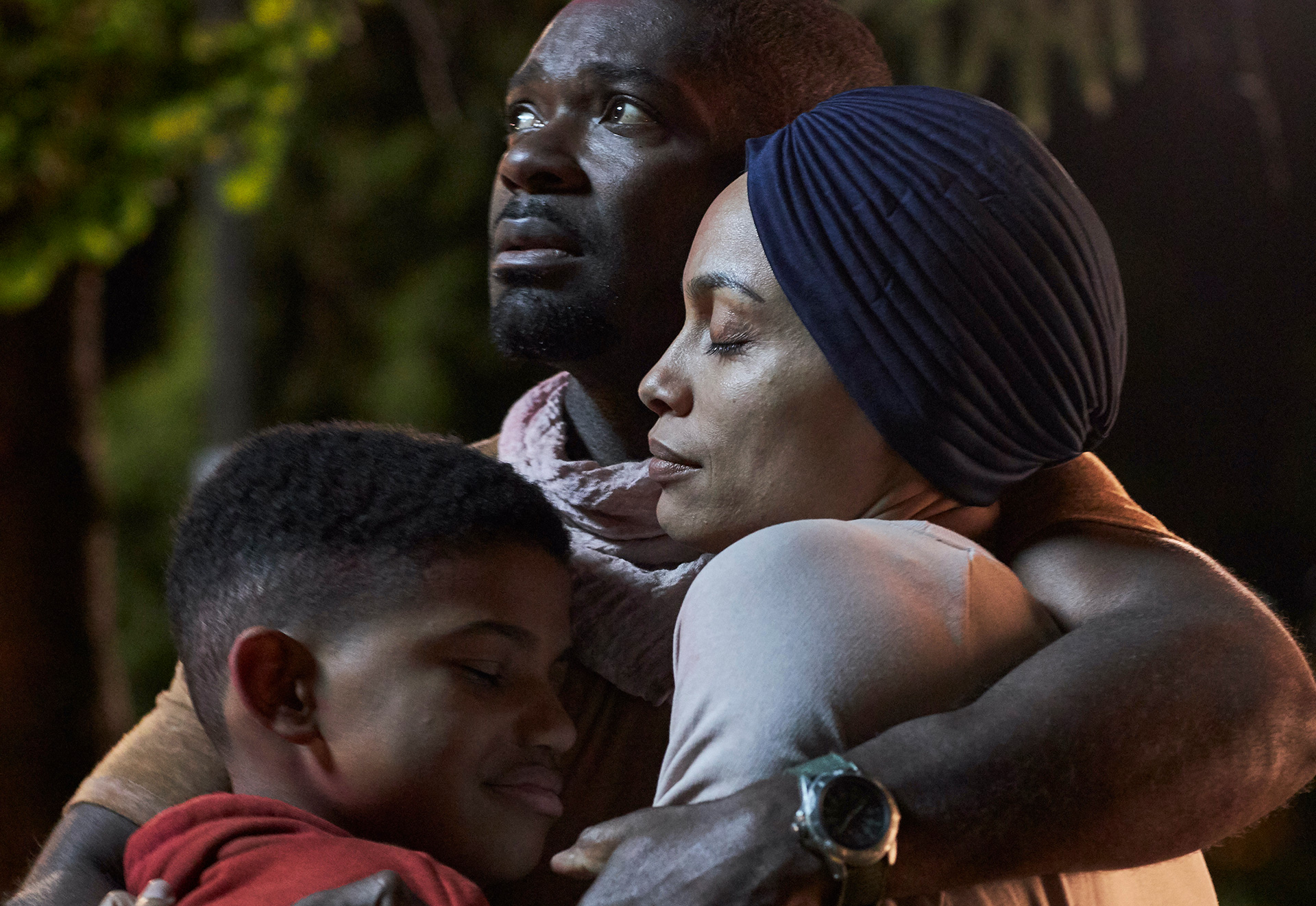 It’s starting to feel as though Gunner Boone’s (Lonnie Chavis) life is fitting to become a series of upheavals with no end in sight. First, it was living with his mother (Rosario Dawson’s Mary) while his father (David Oyelowo’s Amos) was stationed in Japan with the Navy. Then it was moving to Pine Mills upon his return home to America. And now it’s adjusting to the reality that his mother is dying of cancer and his father hasn’t been able to thus far adjust to being a “dad.” We see very clearly at the start that Mary is the bridge holding these two men together—a conduit to decipher their love and remind them that the only path forward is actually declaring those feelings aloud to each other.

How can they, though, when they’re too caught up in her health? Amos grows frustrated with Gunner because he thinks they need to be strong and emotionless in order for Mary to not be burdened more than she already is. Gunner is frustrated by the fact they both keep shutting him out as though he’s too young to handle what’s happening. So the boy closes the graphic novel he’s been writing about a detective investigating his own death and asks the local bookshop owner if he can borrow everything she has on leukemia. It’s in one of these second-hand editions that he sees mention of the so-called Water Man—a figure he’s heard about often as an immortal figure roaming the nearby forest for his lost love Sarah.

Gunner sees it as a sign. This folklore figure wouldn’t keep coming up if he weren’t supposed to find him and ask for help. With a map supplied by Jim Bussey (Alfred Molina)—the town crackpot who speaks about the history behind the legend—and a guide in young Jo (Amiah Miller)—someone who has been charging kids to hear her tale of confronting this enigma amongst the trees and having a scar to prove it—Gunner finds himself filled with hope for the first time in months. If he can brave the mystical darkness of the forest, follow a trail of igneous rocks hanging from branches, and reach the Water Man’s lake, he can ask for the secret to eternal life and save his family.

This is the premise at the back of Emma Needell’s former Black List script, The Water Man. Directed by Oyelowo in his feature debut, the story gets to the heart of grief, helplessness, and the hope we need to combat them, as those family-friendly adventure films of the eighties did before our storytellers started shutting the door on subsequent generations like Mary and Amos do Gunner. This film seeks to speak to its audience without patronization or sanitation. It looks to depict death as a tragic yet necessary event we all experience in time. And it follows in the footsteps of recent dark fantasies like A Monster Calls and I Kill Giants to remind us that our kids are stronger than we think. Their pain deserves respect.

And Oyelowo’s film does provide exactly that. It places us on the level of Gunner’s perspective and locks us away from what’s happening behind his parents’ bathroom and bedroom doors too. We therefore follow him as he naively takes Jo’s grift as truth. We follow him as he supplies Bussey the first ears willing to listen to his stories without skepticism in years. And we follow him as Jo escorts him into a forest that she threatens will scare him to the point of turning back. What’s interesting, however, is that our vantage point isn’t colored by Gunner’s desperation. We’re seeing what he’s seeing, but not quite in the same way. We know what the snow is that falls upon them. We know the Water Man isn’t real.

It’s an artistic decision that both sets the film apart and undercuts its power. It both keeps us grounded in reality at all times despite Gunner’s imagination and in turn minimizes how he sees what’s happening around him through it. There’s intrigue in knowing the forest is just a forest (save an outlier sequence where an army of insects slide Gunner and Jo down a hillside), but also a separation from the characters’ innocence preventing them from doing the same. It’s therefore misleading that the synopsis posits how Amos will “enter his son’s world” to find him (with early assistance from Maria Bello’s Sheriff Goodwin). That’s not possible since Gunner hasn’t really created “a world.” The boy is driven less by fantasy than an unwaveringly determined delusion.

So Amos is really just going into the woods. He’s just doing all he can as a father searching for his missing son. That’s fine and important considering Gunner spends a majority of the runtime wondering if his dad even loves him, but it also guarantees we will never truly get lost in the “quest” that the film seems so intent on creating. Except for a final confrontation between Gunner and the Water Man, what we see is always exactly what we get. A series of eleventh-hour reveals are undercooked at best when we either already knew them (Jo’s own personal struggles) or didn’t need to know them at all. I almost wonder if the whole wouldn’t have been better without the Water Man promising more.

The family stuff is still great, though. Kids with parents in similar circumstances need to see they aren’t alone when the pressure of a situation gets the better of empathy. The message of hope having the potential to cloud our judgments and move us further from where we need to be (spending every second with a loved one that doesn’t have much left) is extremely worthwhile, too—it does the work to unpack our psychological penchant for denial. Chavis and Miller excel at living in the complicated areas of their characters’ psyches and the supporting cast doesn’t miss a beat in allowing them the room to do so, I think Oyelowo’s refusal to go all the way with the fantasy makes what little there is trivial.

The Water Man screened at the Toronto International Film Festival.