TIFF Review: ‘The Giant’ is an Emotionally Potent Debut Feature 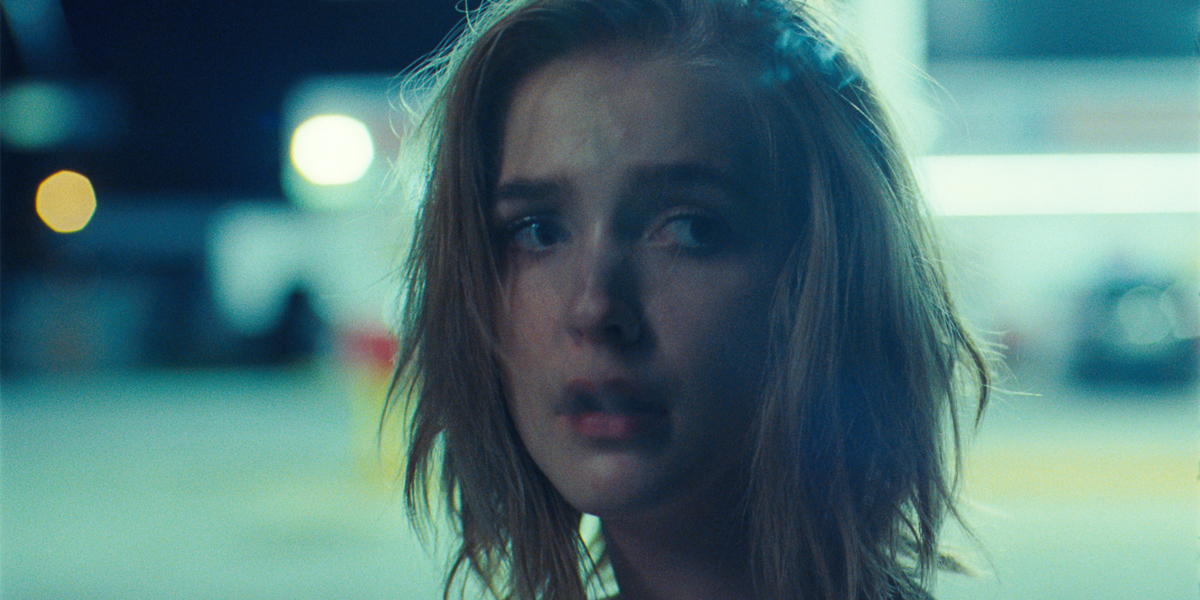 Places, objects, sounds, and smells each retain shimmers of memory we long to hold and struggle to forget. This is what’s happened to Charlotte’s (Odessa Young) childhood home—the place where her mother took her own life. Whether she hasn’t thought of it in a long time or it’s all she ever thinks about, this moment right now sees it taking control of her senses and refusing to let go. The lights in these nightmares extend out in a hazy blur, everything so much bigger and mesmerizingly essential due to the weight of the pain wrought within. This building is the death of her mother, but the town where she still resides is the death of her youth. As graduation and escape looms, everything good suddenly begins to decay.

It might regain its luster later, but oftentimes it won’t. We have a way of erasing what reminds us of who we were so as not to interfere with who we’ve become. The dread of letting go helps this process along, poisoning everything we touched with a visceral recoil to remove temptation. That’s the ticking clock chasing Charlotte down—the prospect not of six weeks to spend with best friend Olivia (Madelyn Cline), but six weeks to languish in the sorrow of a boyfriend disappeared (Ben Schnetzer’s Joe) and father lost in work (P.J. Marshall). They aren’t here when she needs them the most and that loss will always be more powerful than what has remained. And if she doesn’t let it go, the torment will consume her.

That’s where the title for David Raboy’s emotionally potent debut feature The Giant comes from. It’s the metaphorical (or literal) harbinger of suffering that looms in the background as real tragedy strikes to put a palpable fear in them all. She thinks she might have heard it too—a scream in the night Will (Jack Kilmer) shakily dismisses as an animal. Something about it reminds Charlotte of the past, though. The scream of her mother or her anguish in response? Discovering a girl died that evening around the same area she and her friends went swimming therefore eats away at her resolve, bleeding into a surprise run-in with a boy from her past (Danny Ramirez’s Brady), his bloodstained car, and the next night’s victim (Taylor Hanks’ Daphne) in tow.

It’s like the walls are closing in. A curfew is instated. Charlotte’s father (the police chief) is gone even more. And Joe suddenly appears to whisk her away onto a path too familiar to the nightmares she’s tried to combat. Life and dreams begin to combine into one as chunks of days are lost without recollection, the quietly severe dialogue shared in the ones we witness flirting with the edge of parody. Things become so heavy that you pray for some kind of release, even if it means killing Charlotte to find solace. That would be too easy, though. Instead we must experience the growing tensions and darkening aesthetic until the giant’s shadow completely blocks out the sun. Eventually every new action carries an ever-present anxiety.

Raboy’s film is not for everyone. When people in the audience weren’t laughing at inappropriate times due to somber line-readings or overwrought melodrama, they were leaving the theater. If you can’t buy into the atmospheric mood on display to get to the end’s abruptly concise explanation, there’s little room for anything other than frustration. Meaning to the glacial pace, random encounters, and eerie haze do exist nonetheless. Just because his characters speak doesn’t mean the words are more important than the visual language accompanying them. We’re watching fragments of thoughts and impressions manifesting themselves in specters of evil and promises of safety. What’s coming for Charlotte is inevitable either way, though. Whenever someone’s close to giving her hope, the darkness consumes them to threaten that she might be next.

Rather than take what we see at face value, those able to let The Giant wash over them will witness pieces of themselves instead. We know these types of places that conjure terror and the people within who remind us more of wounds than joy. We know what it’s like to look over our shoulder as though the bottom falling out is a foregone conclusion. Why our minds refuse to let the ache of the past evaporate so the promise of the future can take hold is anyone’s guess, but the prison formed will try everything it can to prevent us from moving forward. We ultimately want our regrets to be reversed, not forgotten. We want closure that simply cannot be provided. Some battles just can’t be won.

The Giant premiered at the Toronto International Film Festival.