Sundance Review: The Social Dilemma Explores the Psychological Effects of the Digital Age 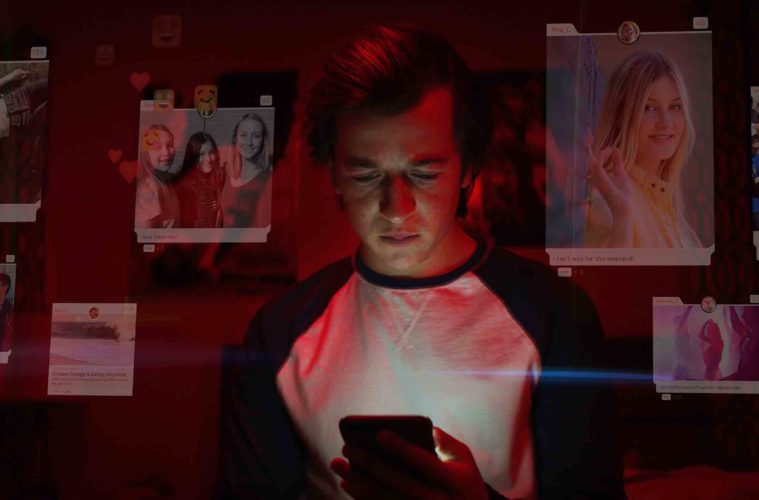 If you’ve been paying attention in this digital age, The Social Dilemma will not tell you what you already did not know. Director Jeff Orlowski, best known for his feature documentaries Chasing Coral and Chasing Ice, dives into something equally as vast for his next film: social media and the psychological effects that small nudges can have on consumers. The film itself operates primarily within two modes: interviewing social media executives who were influential in products like the Facebook like button and a narrative component that traces a family’s use (and abuse) of social media. These narrative sections bring home how social media can affect our behavior, with push notifications forcing us to pick up our phone even when we’ve committed to a lockdown. While informative, these elements don’t work quite as well as the documentary segments and seem to distract from the key information. We don’t need to see it played out before our eyes with actors; chances are we’re living it when we turn on our phone after the screening and countless push notification, from news headlines to updates from friends, crowd our screen. It is inevitable and consumers in 2020 need not have a demonstration.

While The Social Dilemma is a worthwhile exploration of the puppet masters behind the psychological effect, viewers who might have missed Ondi Timoner’s We Live in Public might find that picture more fascinating in its predictions. As the 2009 film depicted, what might have taken Google, Facebook, and others 20 years to achieve for a general population, Josh Harris and Quiet accelerated down to 28 days. Had the NYPD not shut down the experiment, it might have exploded into pure anarchy. As The Social Dilemma suggests via experts in the field–such as former Google design ethicist Tristan Harris–is a deeper rabbit hole where engagement, growth, and revenue take priority over humanity itself. Experts find a whole host of interesting behavioral changes that come when fonts or buttons are made slightly larger, bolded, or a list of friends is added to a post.

This gradual change is of interest to Roger McNamee, author of Zucked and a tech investor who grows worried about this trade in “human futures,” behavior that can be nudged slightly, even by 1%. Tim Kendall, formerly of Facebook and Pinterest, also found himself in this trap. Building tools to engage users, he found himself caught in his own mousetrap when he came home in the evening from work, engaging with his phone rather than his children.

While these sections are fairly fascinating, the narrative passages meant to illustrate the effects of algorithms that sell impressions of users are fairly silly. Here a tech-obsessed atomic family struggles to connect in an era of political polarization (in which the “extreme center” serves as a proxy for the “alt-right”). The film’s most effective moments demonstrate how notifications and alerts can work to hook users, even those that have decided to engage in a tech detox. There’s always something, from a friend’s post to a relationship status update, that keeps us coming back to the party. While the film’s focus on tech executives, designers, thinkers, and puppet masters is an interesting approach, the use of narrative components feels like an attempt to keep the material evergreen in a story that will undoubtedly continue to evolve.