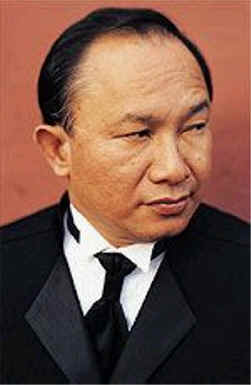 Unbeknownst to me, Hong Kong action aficionado John Woo has long been associated — albeit on a strictly rumor-level basis — with a remake of Jean-Pierre Melville‘s Le cercle rouge. This fascinating new piece of information from Die Welt, however, suggests that Woo’s Melville-related future will involve a different work from the world-renowned French filmmaker: 1967’s Le Samouraï.

Here I was thinking that a couple of currently-in-development projects — a remake of Seijun Suzuki‘s Youth of the Beast and a romance epic titled Love and Let Love — would keep Woo from pursuing much on the side, but his plans for the project suggest that he’s been considering this reworking of Le Samouraï for some time. For one thing, Woo wants to shift the iconic setting from Paris to Berlin. He admits that the reasons for this decision are “partly financial in nature,” with “German film funding [playing] a considerable role” in the backing of the project. To quote from the report once more, the director perhaps has another reason for the setting change, too: “Woo also described Berlin as a city which, unlike Paris or London, was not as satisfied with its current status and therefore more interesting.”

According to Woo, “the script is currently being worked on in Hollywood,” and he intends for the project to be shot in English. It’s possible, then, that this could end up being his follow-up to Love and Let Love. As it stands now, though, the director’s most-recent work was the two-part Red Cliff, which many saw as a return-to-form for Woo after the disposable Philip K. Dick adaptation Paycheck. While I can’t say a remake of Le Samouraï has ever occurred to me as a necessary (or even defensible) undertaking, I suppose Woo’s caliber and experience make him an interesting choice for the job. And as much as the Berlin-set nature of the movie may upset Melville devotees, it at least ensures that we’ll likely get a very different take on the material.

Do you think this remake is a valid undertaking for Woo? Should he have left Melville’s classic alone?