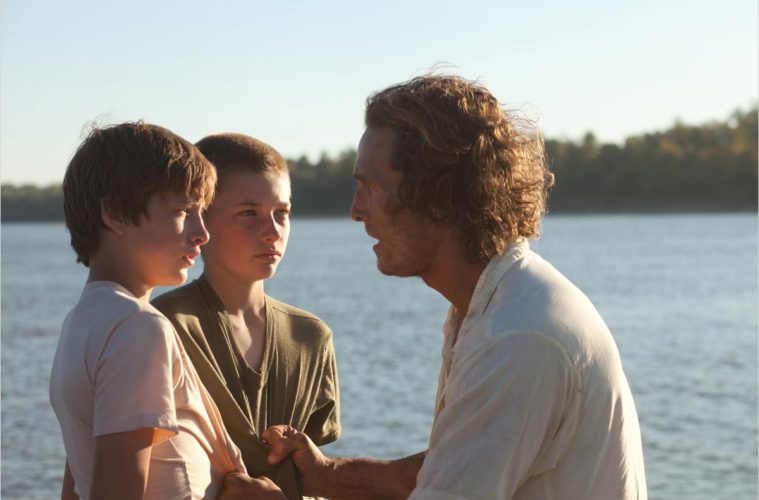 With nearly all the undistributed films at Cannes getting acquired fairly quickly, we were left wondering the fate of Jeff Nichols‘ Mud. Following up his Michael Shannon-led psychological drama Take Shelter, this film seemed to take a more conventional route, with a seemingly reborn Matthew McConaughey spearheading the cast. But months and months went by with no word and our doubts of seeing it this year enlarged.

Variety brings an update with a mix of good and bad news, as we won’t be able to see the film this year, but it has indeed been picked up by Lionsgate and Roadside Attractions, who will unspool it in 2013. Also starring Reese Witherspoon and Shannon, the film follows our titular character, who’s discovered on a small island in the middle of the Mississippi River by two 14-year old boys, Ellis (Tye Sheridan) and Neckbone (Jacob Lofland). Mud, sporting a chipped front tooth and greasy, unclean hair, has been living in a boat stuck up in a tree, waiting for his girlfriend Juniper (Witherspoon) to come calling.

We were slightly mixed on the film, but said, “imperfect as it may be, this marks a step forward for Nichols as a filmmaker capable of making big entertainment that retains some intelligence and a palpable message as well. Let’s call Mud what it is: a test run for what will undoubtedly be a bigger, better follow-up.” Check out our full Cannes review here as we wait for more concrete release news.

Are you looking forward to seeing Mud next year?