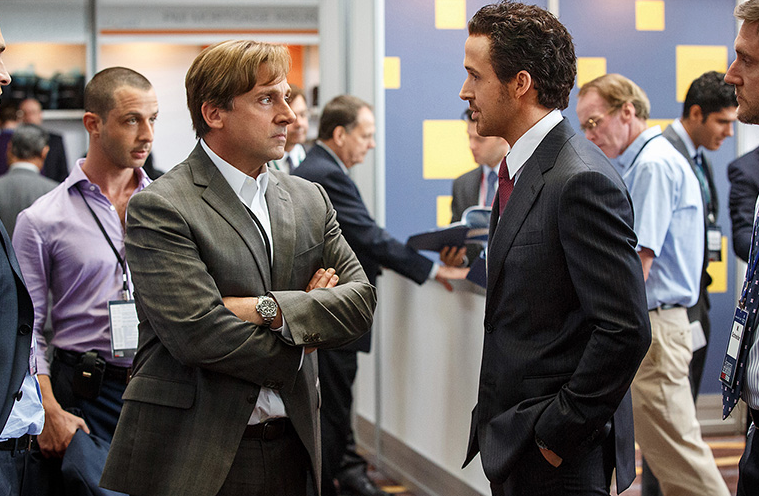 While we thought we had the rest of the year locked down in terms of releases, Paramount has just delivered a surprise. After shooting earlier this year, Adam McKay‘s next feature, the star-studded drama The Big Short, will close AFI Fest on November 12th, before landing in limited theaters on December 11th and going wide on December 23rd.

Starring Brad Pitt, Christian Bale, Ryan Gosling, Karen Gillan, Steve Carell, Melissa Leo, and Marisa Tomei, it accounts the various events that led to the late-2000s housing crisis, based on the book by Moneyball‘s Michael Lewis. Compared to his other films, McKay said earlier this year the level of realism is “99.3%,” which can be seen in the first trailer, which has just been released. Looking like a mix between The Wolf of Wall Street and the aforementioned Moneyball, check it out below.

When four outsiders saw what the big banks, media and government refused to, the global collapse of the economy, they had an idea: The Big Short. Their bold investment leads them into the dark underbelly of modern banking where they must question everyone and everything. Based on the true story and best-selling book by Michael Lewis (The Blind Side, Moneyball), and directed by Adam Mckay (Anchorman, Step Brothers) The Big Short stars Christian Bale, Steve Carell, Ryan Gosling and Brad Pitt.