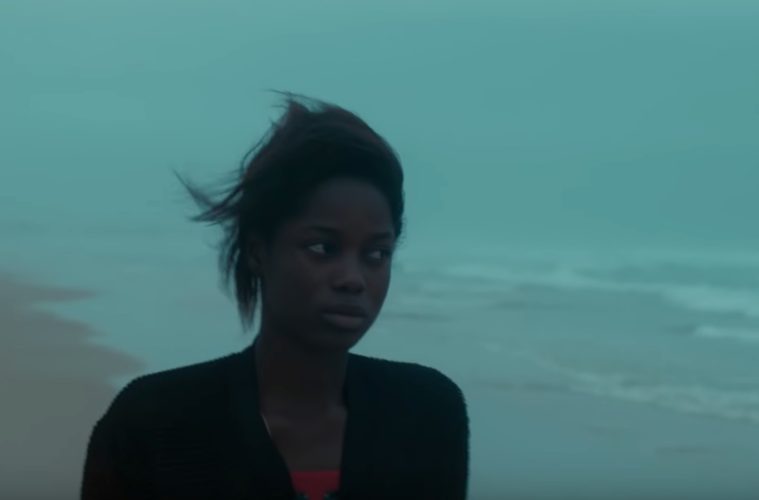 Niece to the great Djibril Diop Mambéty, Mati Diop has been on our radar for a while, with excellent short films and performances in 35 Shots of Rum, Simon Killer, and more. She finally embarked on her feature directorial debut with Atlantics, which premiered at Cannes Film Festival in competition earlier this year and picked up the Grand Prix. Now set for a Netflix release next month, the first trailer has arrived.

Leonardo Goi said in his Cannes review, “Somewhere along the stretch of Senegalese coastline where Mati Diop’s feature-length directorial debut Atlantics takes place, a futuristic tower stands tall and spectral above the ocean–a sinister crossbreed between a stalagmite and a lighthouse, its lights thrusting red and warm blobs into the night. It’s a fictional place in a story of magical, mysterious elements–a love story that crisscrosses between social commentaries and ghastly apparitions, addressing the global migrant crisis through a language of disquieting and stunning reveries.”

After a group of unpaid construction workers disappears at sea one night in search of a better life abroad, the women they have left behind in Dakar are overwhelmed with a mysterious fever. Ada, 17, secretly grieves for her love Souleiman, one of the departed workers, but she has been promised to another man. After a fire breaks out on her wedding night, a young policeman is sent to investigate the crime. Little does he know that the aggrieved workers have come back as haunting, possessive spirits. While many of them seek vengeance for their unpaid labor, Souleiman has come back for a different purpose – to be with his Ada one last time.

Atlantics opens on November 15 in theaters and November 29 on Netflix.