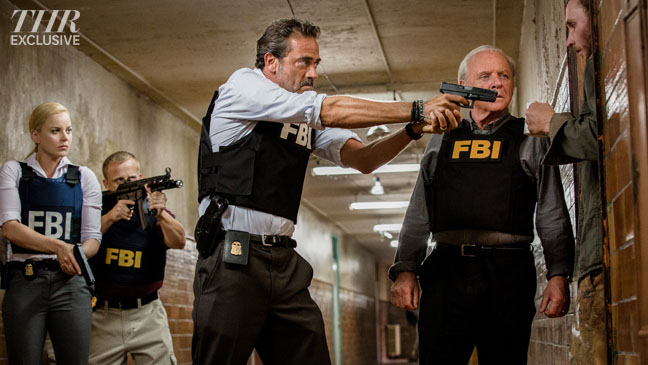 Next weekend will see the release of R.I.P.D., a film that mixes police work and supernatural elements for a combination that doesn’t seem to have audiences all that interested. Come next year, a project will take the same factors and a more serious approach and today we’ve got our first look as production wraps up.

Coming from The Hollywood Reporter, above one can see the first image from Solace, featuring Anthony Hopkins as a retired psychic crime analyst who comes back for one more job with an agent, played by Jeffrey Dean Morgan. With the help of Abbie Cornish, they must solve bizarre murders carried out by Colin Farrell, who has a few supernatural powers.

The premise could easily veer into very silly territory but hopefully this cast can sell it. First drafted by Ted Griffin and Sean Bailey, then given a reworking by James Vanderbilt and Peter Morgan, the film comes from 2 Rabbits director Afonso Poyart and should see a release in 2014.

Are you looking forward to Solace?