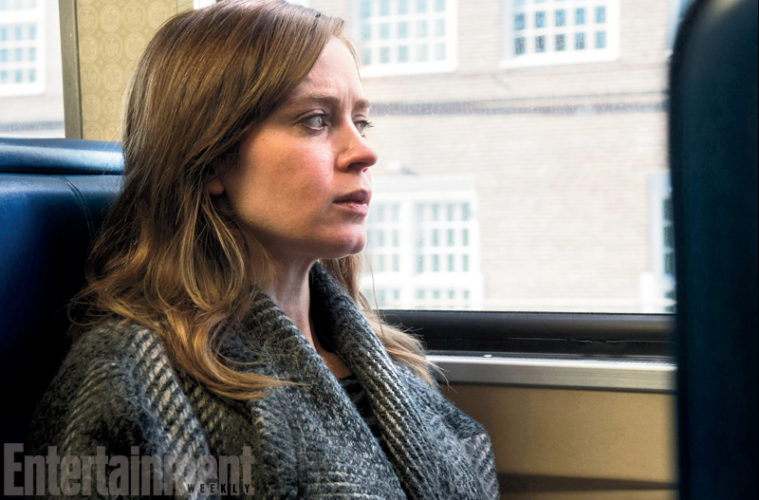 With Looper, Edge of Tomorrow, Sicario, and more, Emily Blunt has solidified herself as one of the most sought-after actresses in Hollywood and next fall will bring perhaps her most substantial leading role with The Girl on the Train. Based on Paula Hawkins’ best-seller, today we have the first images from the Tate Taylor-directed, Steven Spielberg-produced mystery thriller.

“Rachel [Emily Blunt’s character] does things that we all think, and we all wish we could do,” the director tells EW. In the story, she stars as a lonely, alcoholic divorcée who spies on a couple (Luke Evans and Hayley Bennett) from afar, only to get more involved in their lives as a mysterious disappearance crops up.

Also starring Justin Theroux, Edgar Ramirez, and Rebecca Ferguson, Taylor confirmed the location change from London to Manhattan, but Rachel will still have a British accent. “It adds another layer of loneliness. She’s trying to reclaim or redefine herself, and yet she’s not in her native land,” he says. Check out the images above and below, along with a look at the other characters from the set.

Steven Spielberg, Tate Taylor, and the cast of ‘The Girl on the Train’ on set. pic.twitter.com/iZ30dUUWmp

The Girl on the Train hits theaters on October 7th, 2016.