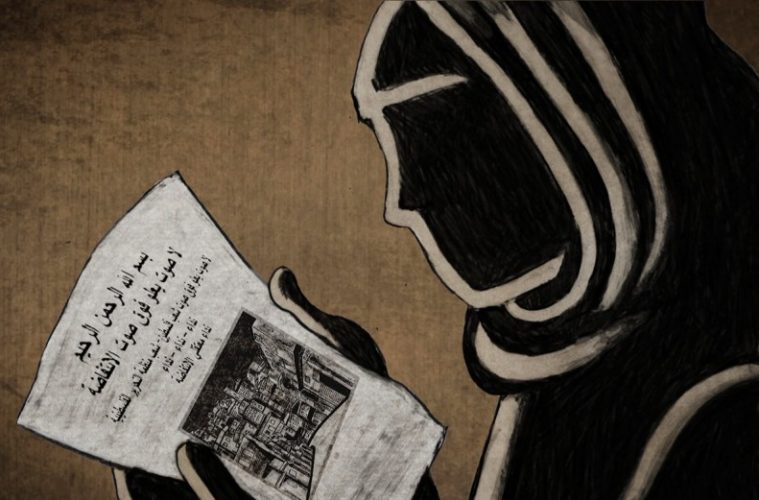 Kicking off today in the Big Apple is DOC NYC, a festival which showcases the best stories from all over the world in documentary form. One of the highlights of the festival is the world premiere of Peabody and Guggenheim award-winning filmmaker Julia Bacha’s latest film, Naila and the Uprising. The film follows Naila Ayesh, who played a key role in the First Intifada, the most vibrant, nonviolent mobilization in Palestinian history.

Utilizing animation, archival footage, and present-day interviews, it shows her journey — and the other women in the First Intifada — as they fight against injustice. We’re pleased to debut an exclusive clip from the film, featuring animation work from Sharron Mirsky and Dominique Doktor, which shows the forms of resistance that Ayesh and deployed. Check out the clip below.

Award-winning filmmaker Julia Bacha (Budrus) chronicles the remarkable journey of Naila Ayesh, who played a key role in the nonviolent Palestinian uprising known as the First Intifada. When the uprising broke out in the late 1980s, Naila was living in Gaza. Faced with a choice between love, family and freedom, she embraced all three, joining a clandestine network of Palestinian women who led a movement that put Palestinians on the map. The film inventively combines animation with archival images to explore this hidden history. During production, the film won the DOC NYC Pitch Perfect competition and now makes its debut.

Naila and the Uprising world premieres at DOC NYC this Sunday, November 12. Get tickets here.