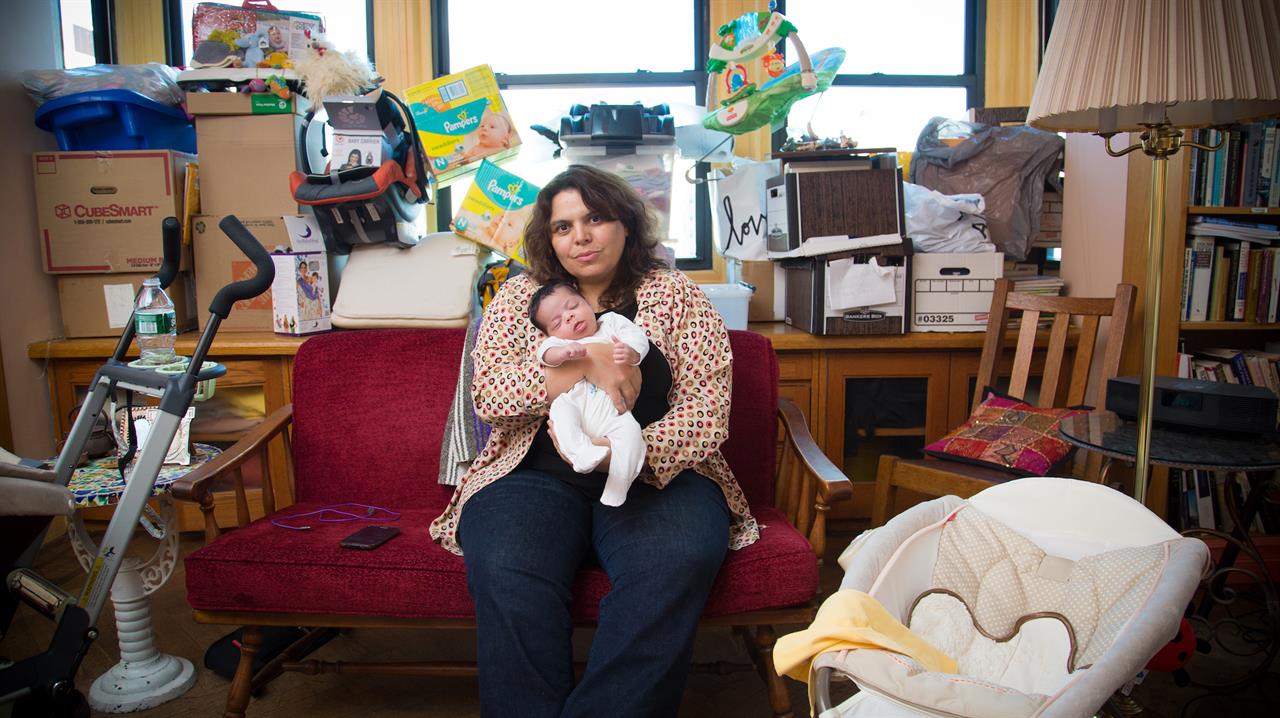 It’s difficult enough for anyone to sort through the artifacts of their deceased parent or grandparent’s home and figure out what to save, what to donate, and what to throw out. These objects often tell the entirety of one’s life—even if, as we discover, they are really just objects to their original owner, junk accumulated over one’s life. The first half Love & Stuff is a personal look at the process of mourning; the latter half, unfortunately, proves to be a little less interesting, despite its symmetry.

Director Judith Hefland has over 25 years of archival materials from her personal documentaries, including her debut feature A Healthy Baby Girl (1997), exploring her relationship with her mother Florence as she comes to terms with the dwindling days she’ll have with her and the aftermath of her passing. Her first feature, revisited here, explores Helfland’s experience having an emergency hysterectomy in her mid-20s as a result of a cancer-causing anti-miscarriage medicine taken by her mother. Hefland started the adoption process several times, often finding roadblocks, including her mother’s declining health. Her fantasy and her plan, we learn, didn’t include the actual work of motherhood as documented in the pictures’ second half.

After her mother’s passing, Hefland struggles to make sense of the objects left behind while her brothers—one armed with a specific timeline, and the other who is of little help when it comes to taking ownership of what’s left behind, seem content to let the past be. Judith instead crams boxes upon boxes into an already crowded apartment, requiring even the windows to be obstructed with boxes.

Love & Stuff is most moving as it captures the relationship between Florence and Judith through an array of archival and newly shot materials that captures the warmth, wisdom, and humor of her mother who tells her that after her passing she will “live on, because you have to.” The film comes full circle in its later passages as Hefland, now in her early 50s, is able to adopt a healthy baby girl of her own. As we see the struggles with both her health and her motherhood, Love & Stuff grows somewhat less interesting. Rationalizing she will have to make it to age 90 to see her daughter at age 40, she hires a personal trainer before her laparoscopic surgery. Judith is a self-confessed workaholic who fears she’s living like she was going to die young.

Love & Stuff is often affecting its earlier passages, yet as the journey proceeds, it loses some of that humor, warmth, and wisdom. Watching the film I was reminded a bit of Nina Davenport’s personal documentary, First Comes Love, which spent time chronicling Davenport’s journey from motherhood to raising her child. Love & Stuff feels as if it rushed into its conclusion, finding a symmetry with A Healthy Baby Girl rather than the with the first half of the picture.