DOC NYC Review: The Mystery of D.B. Cooper Unpacks an Obsessive Hunt for the Enigmatic Hijacker 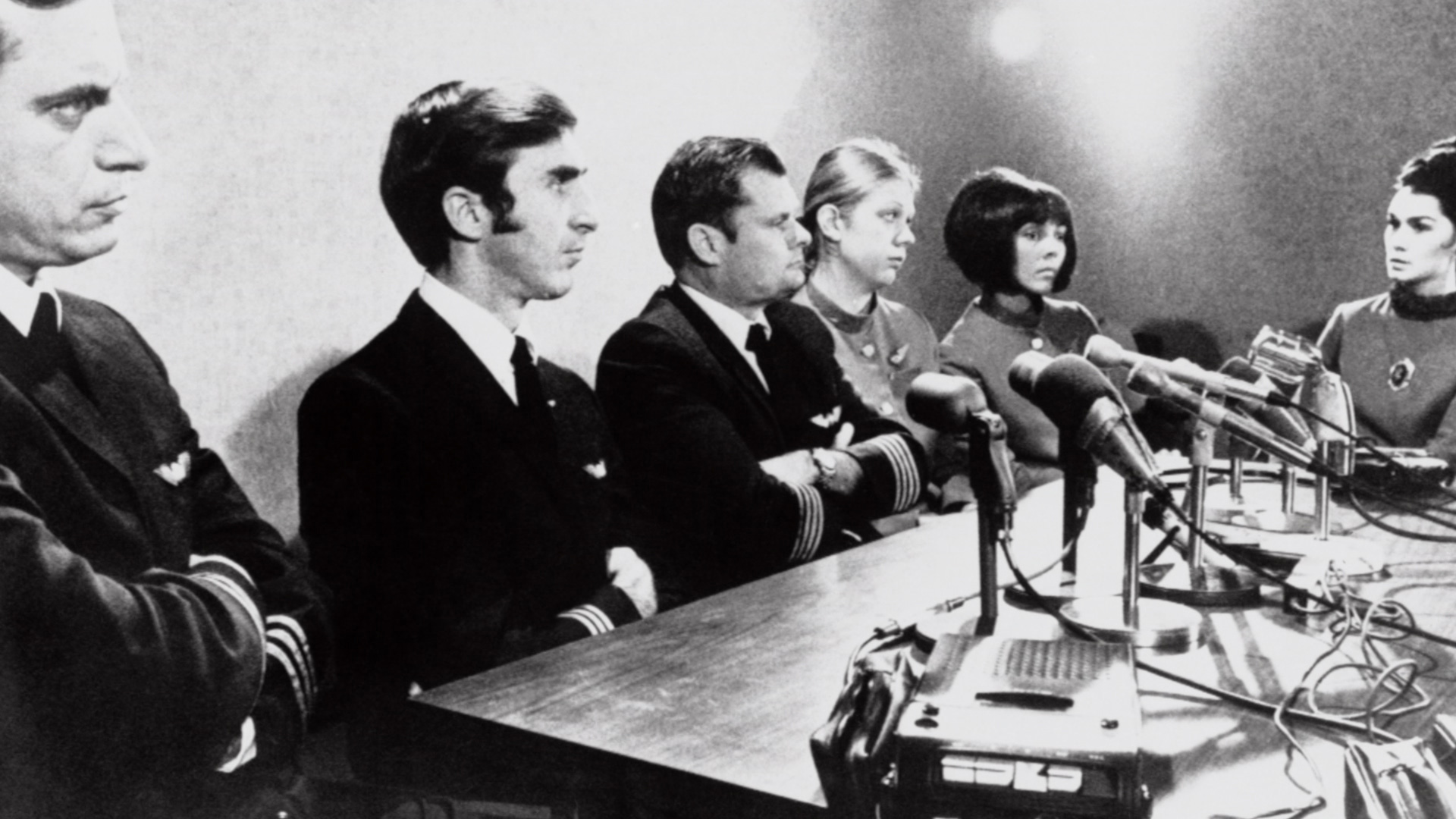 The FBI officially closed the D.B. Cooper case in 2016, forty-five years after he hijacked a plane, extorted $200,000, and jumped somewhere between Seattle and Reno. It’s the only unsolved case of air piracy in the United States and the fact it remained open for so long was reason enough for the bureau to cut its losses and put resources dedicated to its numerous dead-ends elsewhere. Cooper would be in his eighties or nineties at this point anyway, if he’s even still alive—a long shot for some who don’t believe anyone could’ve survive the rough terrain he’d have needed to walk through in the dark upon a hypothetically safe parachute landing. So what would a concrete answer truly provide? Closure? Isn’t the mystery the appeal?

From the countless folks in 1971 experiencing the unfortunate circumstances of living in America during a heavily protested war and recession seeing Cooper as a Robin Hood-esque hero who took matters into his own hands and got away with it to the healthy pop culture fascination that doesn’t appear to be going anywhere (viewers of “Leverage” and “Prison Break” have enjoyed entertaining “what ifs” while fans of “Mad Men” went so far as presuming the show’s lead would end the series jumping from a plane himself), this enigmatic figure exists in our collective consciousness precisely because of his anonymity. He’s so entrenched in this country’s history that documentarian John Dower can ask four different witnesses who they believe Cooper was and have each respond adamantly that they know.

His new film The Mystery of D.B. Cooper is therefore less about the criminal and more about those who’ve allowed him to infiltrate their lives as an obsession. It’s about Jo Weber and her confidante Tim Collins working through her recollections to prove her late husband Duane Weber was D.B. It’s about Pat and Ron Forman sifting through a friendship with Washington State’s first sex-change operation recipient in 1969 to prove Barbara Dayton was D.B. It’s about Marla Cooper and the repressed childhood memory of her uncle Lynn Doyle (L.D.) coming home bloodied on Thanksgiving with the declaration that he hijacked a plane. And it’s about copycat skyjacker Richard Floyd McCoy, Jr.’s resemblance to the composite sketch causing people to wonder if he actually succeeded twice.

It’s also about the authors who extensively research everything, the FBI agents who worked the case and those who closed it, and the countless other potential names that crop up in a country so wholly enamored by true crime mysteries and the reality that anyone can get their fifteen minutes of fame by explaining how they unwittingly became part of a criminal conspiracy. So don’t expect to discover which group of people is telling the truth since “truth” doesn’t really exist in this story. We hear interviews with the pilots who flew the plane and the stewardess who lit Cooper’s cigarettes (the butts of which have since disappeared) and yet all we have to show for it is the aforementioned sketch that looks like SHIELD Agent Phil Coulson.

Why? Because the truth is just that: an imperfect memory reinterpreted by an outsider who’s trying to piece together a puzzle that came incomplete from the store. That image is the flight staff’s truth. The compelling (if highly circumstantial) evidence provided by Weber, the Formans, and Cooper is their respective truths. So rather than be a forensic dissection of D.B. Cooper’s crime, Dower’s film is more akin to something like Room 237 is to The Shining—a collection of “fan” interpretations that work when isolated from the inconsistencies that erupt upon comparison. It’s one rabbit hole after another with undeniable intrigue and an identical wall of dirt revealing how each route will forever remain unfinished. While they can’t all be D.B., it’s still fun to digest the possibilities.

It’s even more fun digging into the tales on-screen if you’re familiar with the pop culture appropriation. You hear from an FBI agent who sent Cooper’s sketch to his mother only to hear her say it’s a good drawing of him (see “Leverage”). You hear about Duane Weber’s aliases and a former stint in jail under a different name (see “Prison Break”). And there’s even mention of “Twin Peaks” during Marla Cooper’s interview. The context comes from where she lives and how people used to tell her she looked like Sheryl Lee, but don’t forget that the program’s lead was named Special Agent Dale Bartholomew Cooper. D.B. proves a legitimate folk hero that lives within the fabric of our society whether we’re fully aware of it or not.

A film like The Mystery of D.B. Cooper only augments that fact by showing how far this man’s reach has grown. It truly is an obsession for these subjects and they are unsurprisingly emotional when talking about their side. Dower has therefore positioned us to see the bigger picture they can’t. He gives us the clarity to realize—just like the FBI had—that each one must be dismissed as a lie regardless of whether none of them are liars. They must be considered false because none can be confirmed. They can only be reenacted and restated. To point one out and say, “That’s it!” is to invalidate the rest with nothing more than the same gut feeling they use to invalidate your choice. D.B.’s immortality remains intact.

The Mystery of D.B. Cooper screened at DOC NYC before hitting HBO and HBO Max on November 25.