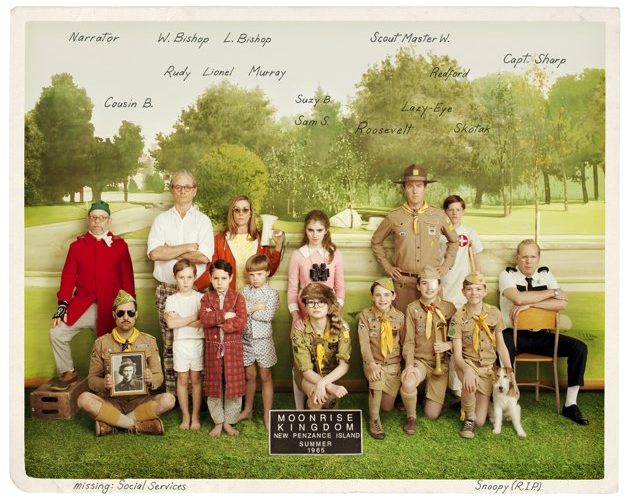 Are you ready to meet some of the characters from Wes Anderson‘s Moonrise Kingdom? With the film set to premiere at Cannes next month, Yahoo has premiered a vintage photo highlighting some of our boy scout troop, led by Edward Norton. We can also see newcomers Jared Gilman and Kara Hayward, as well as our first look at Bob Balaban as narrator. Check it out below for the film also starring Bill Murray, Harvey Keitel, Bruce Willis, Frances McDormand, Tilda Swinton and Jason Schwartzman. Poor Snoopy.