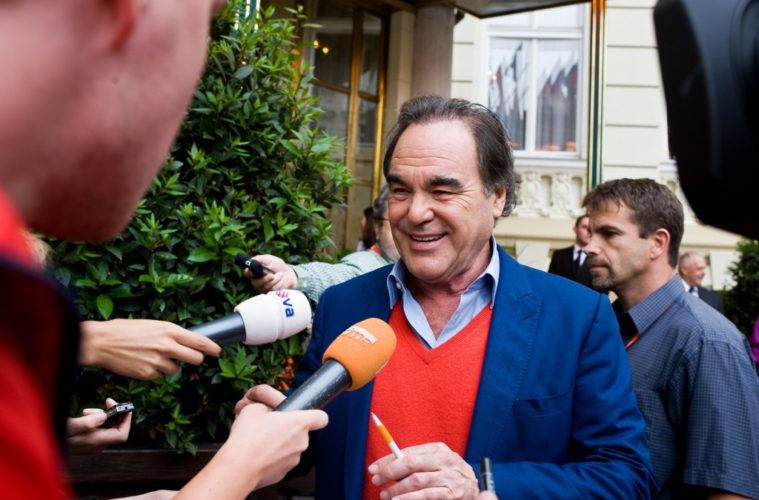 Concluding just a few days ago was the 48th Karlovy Vary International Film Festival, one of Europe’s top cinema events, taking place in the Czech Republic. Featuring some of the finest film offerings of the year (including Ain’t Them Bodies Saints, A Field in England, Frances Ha and many more), the festival also specializes in excellent discussions with some of cinema’s major talents. Highlighted this year was Oliver Stone, whose “Ultimate Cut” of Alexander was screened there.

In the 53-minute discussion, Stone talks about a variety of past and future projects, including the film he hopes to make next, Pinkville, which follows My Lai massacre that was carried out by US soldiers in Vietnam. He also opens up about violence in his films, ranging from his realistic depictions to the satirical Natural Born Killers, and even criticizes our current crop of war movies.

Gondry was also in attendance at the festival for his latest film, Mood Indigo, and took part in another extensive conversation, detailing his production process and much, much more. Lastly, and the biggest of the bunch, the trio at Borderline Films — Antonio Campos, Sean Durkin and Josh Mond — took part in a 96-minute talk detailing how they came together and the making of Afterschool, Martha Marcy May Marlene, Simon Killer and more. Check out all of the discussions below.

Are you a fan of the directors? What do you think of their discussions?