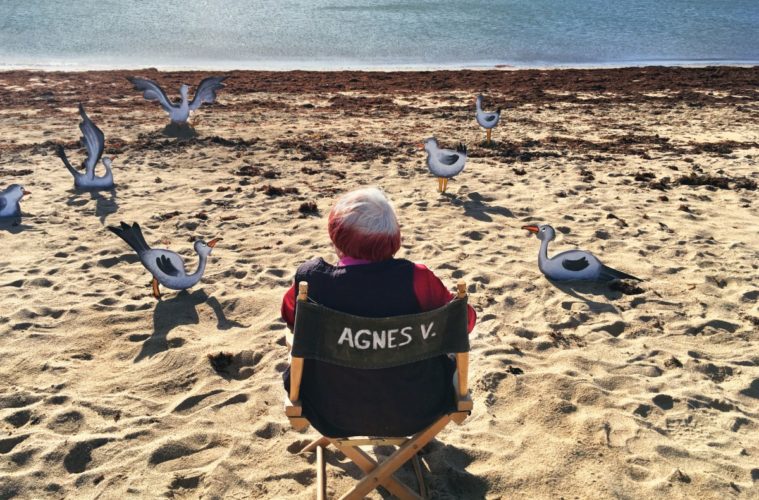 Karlovy Vary Review: ‘Varda by Agnès’ is a Joyous Coda to a Playfully Iconic Career

Life can seldom offer us neat endings. Cinema sometimes can, and there is something nicely fitting to the notion that Agnès Varda, the seventh art’s great celebrator of all things gleaned, would leave audiences–newcomers and devotees alike–with so much to take from her final film, as Varda by Agnès has ultimately proved to be. It is a swan song but not a melancholy tune, more a joyous celebratory coda to the director’s life and work, a film that feels purpose-built to dispel any notions of solemnity around her passing.

A time-hopping stroll through the past, in pure nuts and bolts terms, Varda’s last film is a feature-length collage of her work that takes a series of masterclasses she gave in and around 2018 as its backdrop. It’s autobiographical to the point of career-selfie, a style Varda was no stranger to, having often looked back in her later work either for context or nostalgia (Beaches of Agnes, Faces Places, etc.). The film cuts between the talks–one in a grand opera house, another in front of visibly adoring students (a constant fixture of any late-Varda public appearance), and so on; Varda perched all the while on her director’s chair–to clips from her films, art installations, and various other media. The film also looks over her work as a lifelong feminist activist and touches on her relationship with the late Jacques Demy, the love of her life.

For obvious reasons, Varda by Agnès is a little low on fully original content but there are plenty of moments to confirm that her singular, effervescent inventiveness–if perhaps not her capacity to film–remained undimmed at the end. The director occasionally cuts away to offer welcome new insights on her classics, at one point explaining how she tracked from right to left in Vagabond (1985) to disorientate the viewer, as it is the opposite direction to how Western audiences read. That’s followed by a brief interview between Varda and that movie’s star, Sandrine Bonnaire. In the shot both women are seated on a tracking dolly under brightly colored umbrellas, a little older and wiser, enjoying the comfort of their shared history. It is a moment as purely Varda as one could conceive.

Although maybe not. An earlier one is perhaps more definitive yet, a scene of Varda in her director’s chair, shot center screen from behind as she stage-manages a beach; making children appear beside cardboard seagulls; editing them in with jumpy little cuts. Varda attended the premiere of her final movie at the Berlin film festival on February 13th of this year; she died of cancer in Paris a little less then six weeks later. That she retained what many of her more-feted contemporaries seemed to lose–the vivid cinematic inventiveness and disarming sense of play that defined La Nouvelle Vague–up until the end has proved, in a wider sense, to be a resounding final chapter to her career and for many a significant piece of revisionist history.

Varda by Agnès, of course, is not out to make such claims. The director begins her film by defining her stages of work as 1) inspiration, 2) creation, and 3) sharing. This film, like so many in her career, continually goes back to where she found that inspiration: the beach. “If we opened me up, we’d find beaches,” the director once said, and how beautiful that her life on screen would end in such a place. Beach to beach, sand to sand, dust to dust.

Varda by Agnès screened at the Karlovy Vary International Film Festival and opens on November 22.