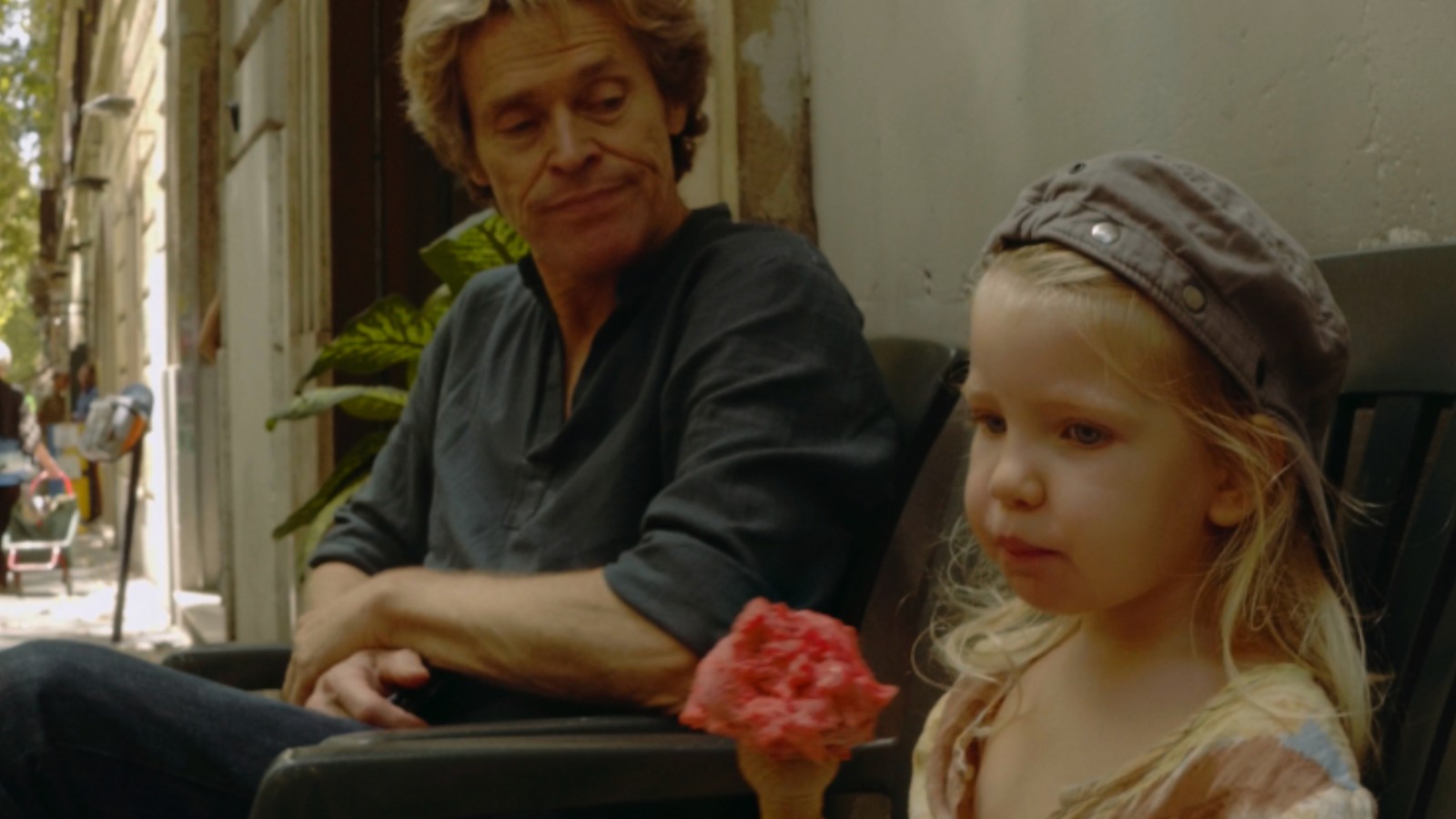 There are roughly two key types of autobiographical auteur movies. One is the phantasmagoric childhood upbringing kind–as in Fellini’s Amarcord or, more recently, in Pain and Glory, the new release of Pedro Almodovar. The other is the more introspective, bare-all type. The I am an artist and here is my soul kind of thing–often seen in the films of Charlie Kaufman or even Hong Sangsoo. It is also seen in Tommaso, which is directed by Abel Ferrara and, indeed, very much about him.

The eponymous character of the great provocateur’s latest is a North American director living in Rome with his younger wife and their 3-year-old daughter (played, notably, by Ferrara’s own wife and daughter, Christina and Anna Ferrara). Tommaso attends A.A. meetings and Italian lessons, practices Buddhist meditations, and fantasizes about screwing the woman who works in the local cafe (amongst others). Throughout the movie he is seen working on a metaphor-heavy script about an explorer who faces a bear attack somewhere in Siberia.

Most of this is a mirror of Ferrara’s own life: his move to Rome after U.S. funders stopped backing his movies following the 9/11 attacks; his struggles with addiction; his multiple marriages; his conversion to Buddhism and so on. Ferrara, a New York native, was raised Roman Catholic and religion is naturally key here once again, both narratively and formally. It’s fitting then that Tommaso feels so confessional and thus so resonant, especially given the scarcely believable casting of Christina and Anna. Indeed, mother and child both feature in scenes that one can only presume must have been painfully close to the bone.

Ferrara also casts Willem Dafoe for the role, an actor who has been the director’s muse since the turn of the millennium–appearing in 5 films, more often than not playing irreparably doomed men (4:44, Last Day on Earth, Pasolini, etc.). One must watch the film for oneself to find out just how doomed Ferrara thinks himself to be but it should go without saying that Dafoe is exceptional, offering yet another great turn to his outstanding run of recent work (The Florida Project, Pasolini, At Eternity’s Gate, The Lighthouse…), and coming at the role with a tremendous sense of dedication and physicality. As Tommaso he accurately mimics–without ever slipping into redundant impersonation–the director’s hunched machoism and stifled energy. He even delivers a lot of his dialogue in broken Italian, which is about as impressive as it is adorable.

Shot by cinematographer Peter Zeitlinger (a longtime collaborator of Werner Herzog) on a few sweltering days in the Italian capital, the aesthetic stays in keeping with the Ferrara brand: coarsely beautiful in a way; lots of Steadicam; a colour palette of blues and burnt gold; and hints of noir in the use of shadow and lattice blinds. The scenes come at us almost as short vignettes: his daily routines; the exceptionally well-acted A.A. meetings; his fighting or intimacy (or both) with Christine. And then there are his dream sequences, of which there are many and during which he touches on his deeper anxieties–namely being with a much younger woman who may have daddy issues, of remaining faithful to her, the effect all this might have on their child, and all the resulting Catholic guilt.

Ferrara has never been so concerned with making people like him–just wait for the audacity of the last 10 minutes. But given the brutal honesty of his latest, one of the most candid movies of its kind, it is difficult to not simply be happy for the man when Tommaso reaches its surreal point of catharsis.