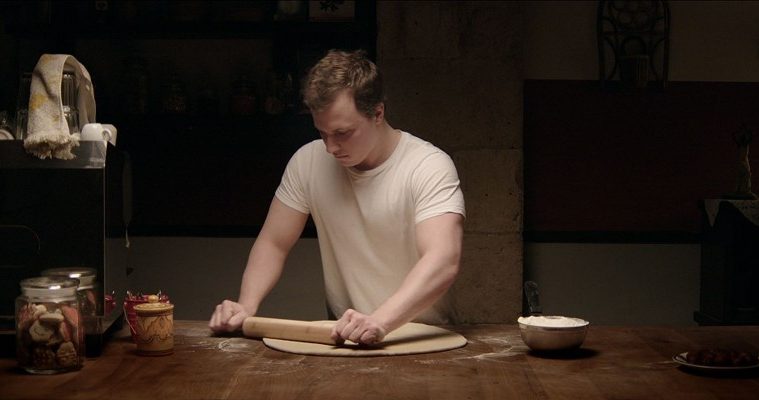 “With a gentle approach, [The Cakemaker] portrays a journey towards acceptance and the pursuit of love. The unique bond formed between the characters strengthens a healing process that brings them a new life. It allows the viewer to connect to the most important of human values, something that overcomes all prejudices: love.” – The 2017 Karlovy Vary International Film Festival’s Ecumenical Jury

One of the biggest indie breakouts of 2018 was Ofir Raul Graizer’s The Cakemaker. The film kicked off its festival run at the 2017 Karlovy Vary International Film Festival and won the Award of Ecumenical Jury. When the film debuted stateside last summer, it played for 19 weeks and became one of Strand Releasing’s best performing titles of the last decade, making $875,000. Despite receiving little attention from American press, it was certified fresh on Rotten Tomatoes with a 98% rating, which clearly helped with word of mouth.

Prior to the film’s release, producer Uri Singer acquired remake rights for the film, not unlike other festival hit Toni Erdmann, which is also being developed for an American remake. Graizer gets to have his cake and eat it too because his film won best picture at Israel’s Ophir Awards in September, which automatically makes it the country’s submission to the foreign-language category at the 2019 Oscars.

With the film now available on Blu-ray/DVD/VOD, we’re sharing our conversation with Graizer from earlier this year. We discussed his upbringing as a gay teen with a religious father and secular mother, how the film was created after eight years of delays, and the positive response he’s received from conservative Jewish audiences.

The Film Stage: During the film’s Q&A at the New York Jewish Film Festival, an audience member couldn’t grasp that Tim Kalkhof’s character Thomas could be bisexual or sexually fluid. Do you get that question a lot?

Ofir Raul Graizer: Yeah, actually it’s funny, people do ask this question. They see the gay option then they see that he’s a gay man sleeping with a woman, but they don’t see the bisexual option. I think they ask it because the film tells the story of Thomas’ journey to Jerusalem, so it makes sense something in him would change. I think people say it’s not about him being bisexual, it’s about him changing because of his journey. For me he’s not bisexual. I think he’s gay. I would say he’s gay but it doesn’t matter. It’s not an issue for me. On the contrary, for me it was always important to say this is not about sexual identity. It’s not about sexual definition. It’s about something which is undefined, something that doesn’t want to be defined.

The audience at the New York Jewish Film Festival is decidedly more liberal than, say, the Hasidic community in Brooklyn. Has the movie played for a more conservative Jewish audience, and how did they respond to it?

I’ve shown the film to two conservative audiences. One was at the Jerusalem Film Festival where the film played in front of an audience which was mixed. Some of them were religious people. The other place was the Czech Republic. It’s a quite conservative place and I screened the film in front of an audience that included nuns. In both of the situations I saw people who come from religious backgrounds, people who have faith, they managed to connect to the film. I did get some criticism also, of course. In Israel some reviewers said, “How can it be that the film was criticizing the kosher?” But most people have managed to see that the film is at least trying not to be judgemental of the religious community or the people. There is a criticism towards the institution of religion making restaurants in Israel have kosher certificates, but not about the people. All the people in the film, the brother-in-law and the grandmother, they both represent society in a way, but they don’t represent anything. They have their own open-minded perception.

In Israel I was quite surprised. I had a screening at the festival where eighty-percent of the audience was religious. They were excited about the film, touched by it. A lot of people came to me after the screening and told me how excited they were, that they loved the film. None of them specifically asked me why I was doing this.

What is helping religious people appreciate the film?

I don’t know. I can’t say because I’m not objective. I think what I tried to do—whether I succeeded or not is not for me to say—to place all these elements: religion, secularism, German-Israel sexuality in the film, but to put them in the background, not the foreground. In the foreground it’s a story about two people who share grief, who share loss, who have secrets and they try to find, unconsciously, each other in order to heal this pain. People connect to the loss, the mourning, the fact of losing somebody and how you overcome the grief and pain.

Did you grow up religious?

I’m Jewish. My father came from a religious family and my mother from a secular family. So we grew up in a home with the question between religion and secularism as part of everyday life. On weekends, on Friday, we would do the Shabbat ceremony but I would go to a regular secular school. My friends were all secular, but I couldn’t do things with them sometimes. On Yom Kippur I couldn’t ride bicycles with them. When I became a teenager I started to realize I’m gay. It became an issue because I had to respect my father and my family, but I didn’t. I came out and I was very open about it, which was problematic at that time. I was a teenager; I didn’t think about my parents. I thought about my ego–it’s what you do when you’re a teenager. You’re the center of the world. Then being gay was a religious and moral issue. Being gay and being connected to religion didn’t work. Today we can say it works. It’s much more open. Today you have openly gay rabbi. But back in the mid-90s it was different.

How did you find Tim Kalkhof, who plays Thomas?

I was looking for him for quite a long time. The actors I had for other parts were very famous in Israel, but Thomas, I had no idea who was going to play him. I had some idea in mind but it wasn’t clear to me. In Berlin I did a lot of auditions. I saw twenty actors and I watched at least another eighty showreels online. I narrowed it down to two actors and I wasn’t sure if either should be the one. So I looked for actors on agency websites and by chance I saw Tim’s photo and I saw his showreel, and I was really impressed by a monologue in it. Monologues are the most difficult thing for an actor, it’s more difficult for an actor than crying. I wanted to see him because I knew there was a moment in the film where Thomas would sit down in the living room and talk about his childhood, about his grandmother, which is one of my favorite scenes in the film.

I heard several audience members say the movie felt like a documentary.

When people say it, for me it’s a compliment. When fiction directors do scenes, if people tell them it looks like a documentary they get insulted. For me it’s the biggest compliment because that’s exactly what I wanted it to be. The film is very planned, every scene, every image, every camera angle. Nothing is arbitrary, nothing. But when shooting the actors in the kitchen together, when they made love, I shot it like a documentary. I knew where the camera was standing, they knew their limits, but I said do it at your own pace, your own way. Whenever you want to start, start and I just rolled it like a documentary and they just did it. It’s about giving actors the possibility to really become the character. We only had technical make-up on the actors for the reflection, but no make-up to make them look good. The only person who got make-up was the grandmother. Her character is an elegant, strong woman. She has an appearance, she has class.

Why did it take eight years to make the film?

We just couldn’t get the film financed. We had a low budget and we were rejected constantly by all the film funds. In order to make a film in Israel you need the funds, they’re the ones who finance a film. And we could not get their support. We had one small fund, the Jerusalem Fund, but it was not enough. In the end we tried to raise the money to make the film. It took five years. We said we’re going to shoot it with this amount of money we have or we’re not going to shoot it at all. We did it in a very guerilla style. We shot it in twenty-one days, extremely low budget with volunteers. I did a lot of things myself. We had a crazy, amazing crew working around the clock and we got it done. But to get to the point where you make the decision of either give up or do this thing took a long time.

What kept you going for eight years, after facing five years of financial rejection? What did you do in those eight years to support yourself?

To support myself I did and I’m doing all kinds of things. I worked in kitchens and in catering, teaching cooking classes in Berlin, I edited some documentaries. I always found things to keep me afloat. But what kept me going was a combination of two passions. The first passion is to make films. To be on a film set, I want to tell stories. All my life I’ve wanted to do it. It’s my greatest passion. I don’t want to do anything else. The other thing is specifically this story. I love this story, I wanted to tell it. I wanted to tell about these characters. I believed this story deserved to be out there. I believe it’s worthy to be out there. It did not deserve to stay hidden on my computer. This should come out. It’s worthy. These are my feelings, my instinct. I had to fight for it.