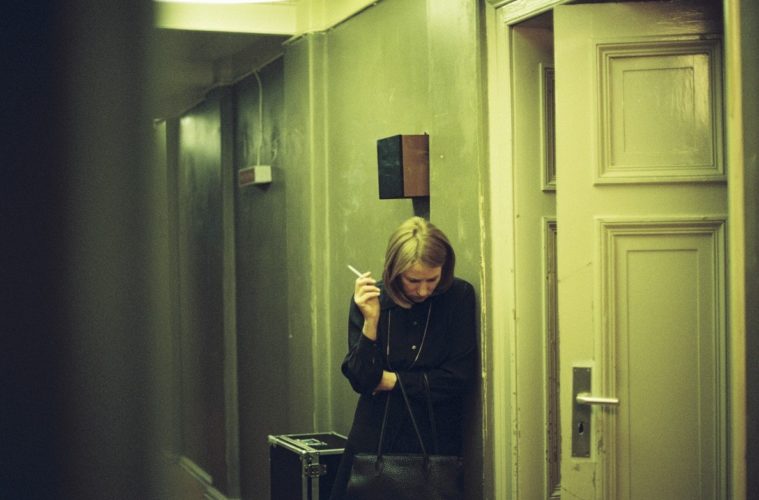 What a difference a day makes. Allowing one’s characters to move from narrative point A to narrative point B in the same amount of time it takes for the Earth to spin 360 degrees should be an arbitrary undertaking, like having a film where everyone wears hats or can’t remember the Beatles, but that simple constraint has fired more than a few great filmmaker’s creative engines over the years. Spike Lee used a hot one as a pressure cooker. Linklater seems obsessed with the form. The limitation seems to ease some primal craving for order and patterns. They can also be a lot of fun.

Back in 2012, a charming discovery was added to the species. It was shot in monochrome, nodded to Woody Allen (when that was still a thing people did), bore the auspicious title Oh Boy (released rather bluntly stateside as A Coffee in Berlin), and followed one young man’s bittersweet odyssey through the Berlin streets in search of answers and a cup of Joe. Oh Boy was the debut of Jan-Ole Gerster, a German filmmaker who returns to the capital–and this 24-hour sub-genre–7 years later with Lara, switching from black and white to color, at least as far as the imagery is concerned. It stars veteran East German actress Corinna Harfouch in the eponymous role, a woman truly on the verge.

We meet her in the wee hours of her fateful day, down and out and staring at a conspicuously empty spot in her apartment wall, rising only to open the large window of her high rise apartment. The camera lingers. We nearly expect the worst, but Gerster’s film, it transpires, is not as concerned with suicide as this opening suggests–even as it teases that she might try again before the day is out. Indeed, chance intervenes when the cops come calling, looking for assistance in a neighborly squabble. One has a silly mustache, the other a set of glasses he might have found in a joke shop. We fill in the box labeled “tone” as best we can.

When approached as a character study, there is plenty to relish here. It is Lara’s 60th birthday and perhaps her lowest ebb: recently dumped by her boyfriend, unhappily retired from a public service job she had no passion for, even less happily divorced, and held more in contemptuous respect than affection by her old colleagues, acquaintances and, most significantly, her son Viktor (Tom Schilling, who also starred in Oh Boy), a promising professional concert pianist. Lara’s pitiful bottom-of-the-ninth attempt to repair her relationship with Viktor is the source of the film’s downbeat drama, and while the dark comedy aspects are passable at best, it is a far more cynical beast than Gerster’s previous film and perhaps a better one for it.

The director’s keen eye for the lesser fancied locations of his native city has, however, further sharpened over the years and it’s great to watch Harfouch trudge around, dwarfed by some or other famed West Berlin institution. (I felt a particular urge while watching to find a cozy nook at Cafe Paris and raise a stiff drink in solidarity.) The last-day-on-earth draining of the bank account and luxury splurges are a bit Scent of a Woman-on-Aderall (hoo-ah) but one such overindulgence does provide the film’s MacGuffin: the 22 remaining tickets to Viktor’s piano concert that night–during which he is set to perform his first original composition. Lara duly scoops them up with the sad hope of finding catharsis through the act of giving them away. The film is at its most sympathetic not as she considers that plunge early on but as she visits old semi-acquaintances attempting, with a forced and strangely resentful vibe, to fill the empty spots. It may not have been such a wonderful life after all.

For all its strengths, the broad visual humor of the two policemen early on portends a comic unevenness that does begin to nag after a while, but Lara still works on the whole and that’s with great credit to Harfouch’s performance. It’s not difficult to think of someone like Isabelle Huppert in the role–all eye rolls and I-could-give-a-damns–but what a different movie that would have been. Harfouch’s best moment comes when she confronts Viktor on a back garden patio, her face shape-shifting between knee-jerk antagonism and a fascinatingly strained empathy. Love, unlike revenge or maybe piano lessons, the film suggests, is seldom a dish best served cold.