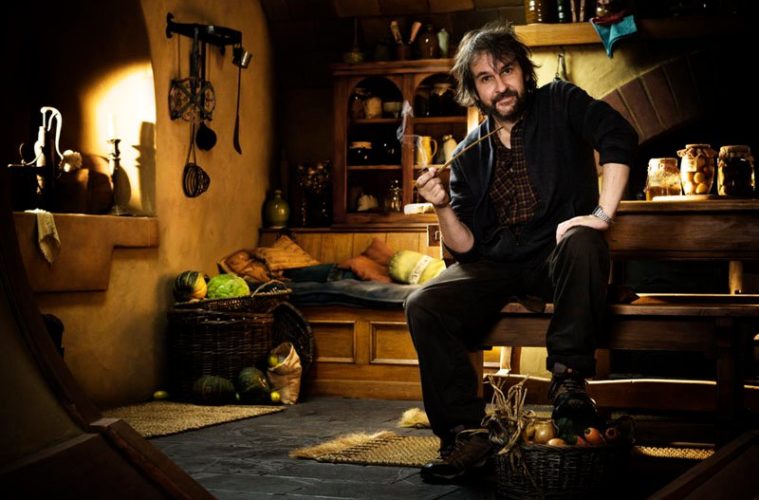 Well, the Internets have been kind to us today: we’ve got this year’s Cannes lineup, a proper trailer for Rise of the Planet of the Apes, and now Peter Jackson is once again giving us video tours of his Lord of the Rings prequel, The Hobbit. [Facebook]

The whole gang is there in Hobbiton – Martin Freeman as Bilbo Baggins, Ian McKellan as Gandalf, and Jackson once again takes us through the whole she-bang.

It’s kind of amazing how open Jackson is with his process, while other tentpole productions keep things so secretive (like Zack Snyder with The Man of Steel). That said, check out the ten and a half minute first installment of Peter Jackson’s video blog for The Hobbit:

And a rather poetic synopsis for this story we all know, used to love, and will probably go see whether we like it or not:

In a hole in the ground there lived a Hobbit… The Hobbit, being directed by Peter Jackson in two separate parts, is set in Middle-earth 60 years before Tolkien‘s Lord of the Rings, which Jackson and his filmmaking team brought to the big screen in a trilogy ten years ago. The Hobbit films, with screenplays by Fran Walsh, Philippa Boyens, Guillermo del Toro and Peter Jackson, will be shot consecutively in digital 3D using the latest camera and stereo technology. The Hobbit follows the journey of title character Bilbo Baggins, played by Martin Freeman, who is swept into an epic quest to reclaim the lost Dwarf Kingdom of Erebor, which was long ago conquered by the dragon Smaug.

You can follow Peter Jackson’s progress on The Hobbit on his Facebook page. The first part will hit theaters December 2012.

Are you excited for The Hobbit?