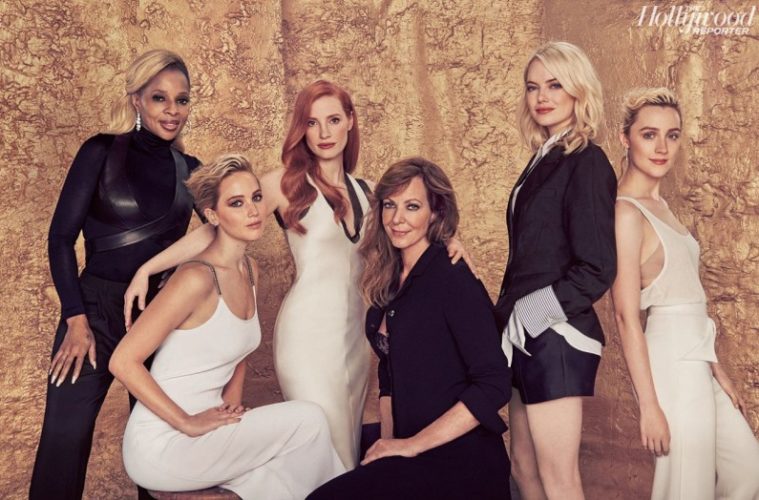 As Oscar season finally winds down, with less than a month ago until the Academy’s ceremony, the last worthwhile bits from the season are cropping up. The Hollywood Reporter, who used to publish their hour-long roundtables a bit sooner, but thanks to a deal they cut with SundanceTV, they are now releasing them one by one online later.

First up, we have a director’s roundtable, which features Guillermo del Toro (The Shape of Water), Angelina Jolie (First They Killed My Father), Patty Jenkins (Wonder Woman), Greta Gerwig (Lady Bird), Denis Villeneuve (Blade Runner 2049), and Joe Wright (Darkest Hour) as they discuss tough decisions on set and the origins of their latest films.

Next up, there’s the actors roundtable, featuring Tom Hanks (The Post), James Franco (The Disaster Artist), Gary Oldman (Darkest Hour), John Boyega (Detroit), Sam Rockwell (Three Billboards Outside Ebbing Missouri), and Willem Dafoe (The Florida Project). While we can see why Daniel Day-Lewis decided not to take part, it’s peculiarly missing anyone from Call Me by Your Name, but, nonetheless, it can be watched below.

Then we have the best of the roundtables thus far, featuring actors Saoirse Ronan (Lady Bird), Allison Janney (I, Tonya), Mary J. Blige (Mudbound), Jennifer Lawrence (mother!), Jessica Chastain (Molly’s Game), and Emma Stone (Battle of the Sexes) as they discuss the revelations of abuse in the film industry and their latest roles.

Check back on this post for more full roundtables as they arrive.