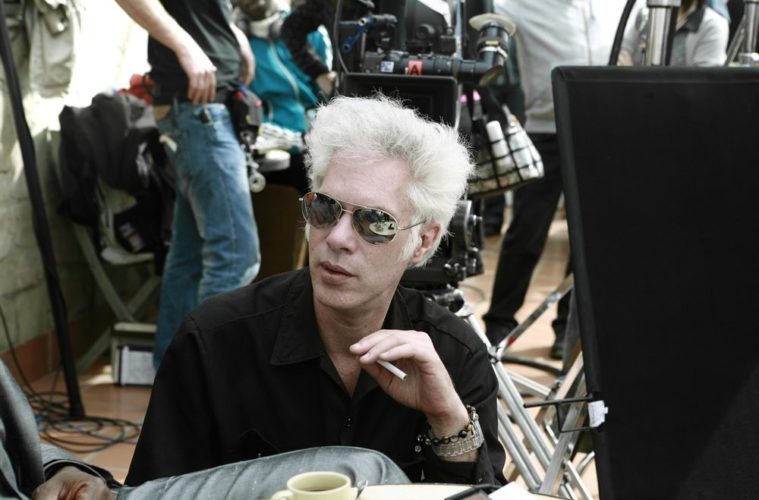 Watch: Get Lost With Director Jim Jarmusch In Behind-the-Scenes Documentary For ‘The Limits of Control’ The films of Jim Jarmusch are filled with characters that split their time wandering and philosophizing. It’s no surprise that production on a Jarmusch-feature mirrors the attitude of his notable works Down By Law, Stranger Than Paradise, and Broken Flowers.

In an effortlessly cool watch that should prepare Jarmusch fans for his upcoming film, Only Lovers Left Alive, today we have behind-the-scenes footage from his 2009 feature The Limits of Control, which ventures beyond the practicalities of making a movie. The 50-minute documentary, titled Behind Jim Jarmusch, captures the director strumming a guitar between takes and discussing his thoughts on life in the narrow streets of Seville, while cinematographer Christopher Doyle runs around. “Nothing is original,” says Jarmusch. “All human expression is really just endless variations. The are only a limited number of stories you can tell but there’s an unlimited number of ways to tell the same story.”

When it comes to his April-bound vampire tale, one can read our positive review from Cannes, which reunites Jarmusch with the stars of Control’s Tilda Swinton and John Hurt. The Limits of Control will also be included in a Jarmusch retrospective held by the Film Society of Lincoln Center aptly titled Permanent Vacation: The Films of Jim Jarmusch. You can find out more about the lineup here. In the meantime, we’ll leave you with another piece of Jarmusch wisdom from the behind the scenes documentary: “It’s hard to get lost if you don’t know where you’re going.”

Take a look below, thanks to The Seventh Art, along with a 50-minute conversation with the director following the release of the film, as well as its trailer.