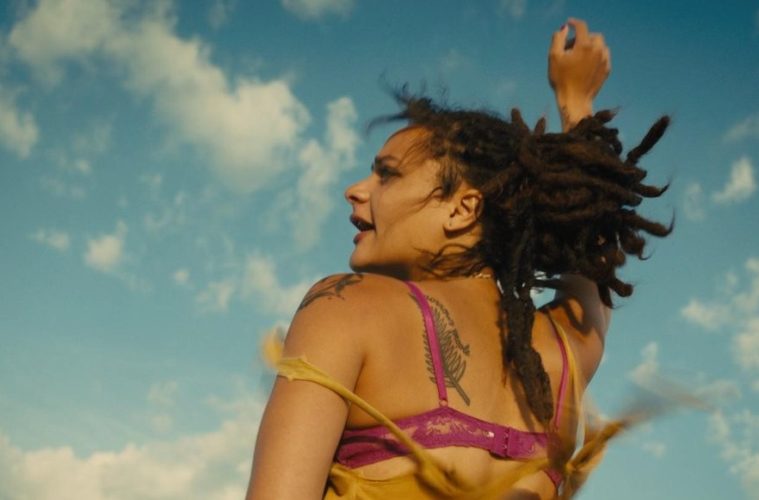 With it being around five years since her last feature, a striking update on Wuthering Heights, we’ve been looking forward to Andrea Arnold‘s follow-up for quite some time. She finally returned this year with American Honey, the director’s first feature in the U.S., and judging from the Cannes response it looks to be a rousing success. With A24 set to release the film this fall (no specified date yet), those looking for an early glimpse will be pleased with the first clip, along with the full 40-minute Cannes press conference featuring much of the cast as well as Arnold.

We said in our review, “European directors have often faltered when crossing the Atlantic. Billy Wilder and Wim Wenders found things to say where Paolo Sorrentino could not. American Honey is certainly the former. Based on a 2007 article from the New York Times, it’s a backwater American road movie directed by an Englishwoman, Andrea Arnold, and shot by Irishman Robbie Ryan. We spot a few cowboys and gas stations and even the Grand Canyon, but it’s nothing to do with any of that. It’s about America (duh) but it’s also about friendship and money and learning to look out for yourself, and that primal connection young people make between music and identity. It’s visually astonishing and often devastating, too. This might be the freshest film about young people in America since Larry Clark’s Kids from 1995.”

Check out the first clip and full press conference below.

Star (Sasha Lane), a teenage girl from a troubled home runs away with a travelling sales crew that drives across the American mid-west selling Magazine subscriptions door to door. Finding her feet in this gang of teenagers, one of whom is Jake (Shia LaBeouf), she soon gets into the group’s lifestyle of hard partying, law-bending and young love.

American Honey will be released this year by A24.