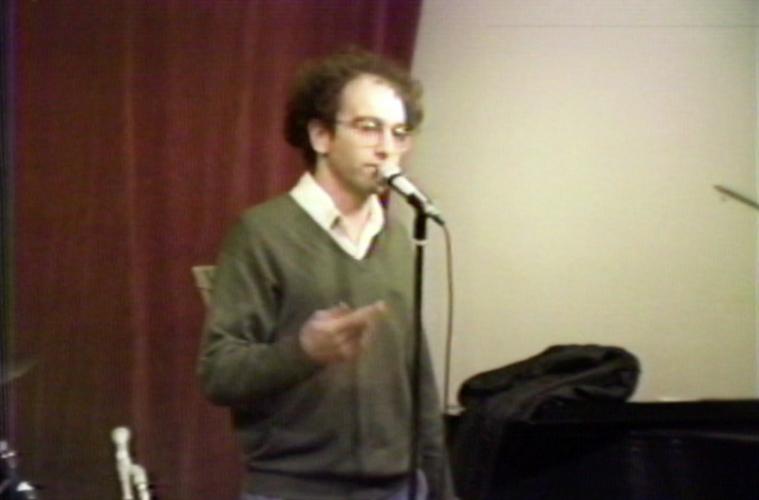 Home to Larry David, Giancarlo Esposito, Terrence Howard, Alicia Keys, Angela Lansbury, Alan Menken, Mickey Rourke, Christian Slater, Tennessee Williams, and more, Manhattan Plaza was a social experiment born in the 1970s. Residing on the west side of New York City, it was federally subsidized housing complex for artists and fostered a revitalization in the area, both economically and artistically.

Miracle on 42nd Street is new documentary profiling this special location, and the people involved, and it premieres this weekend at DOC NYC. Directed by Alice Elliott and narrated by Chazz Palminteri, we’re pleased to premiere an exclusive clip from the film, featuring a young Larry David doing stand-up at the building’s talent show in 1978. See the exclusive clip below, along with the teaser trailer.

In the 1970s, New York City was hit with a financial crisis just as a planned luxury apartment building was being constructed in Hell’s Kitchen. With its future uncertain, a bold plan was hatched to offer subsidized housing to people working in the performing arts. The result was Manhattan Plaza, a harbinger for the revitalization of the neighborhood and of the theater district in neighboring Times Square. Former residents, including Alicia Keys, Terrence Howard, Larry David, Samuel L. Jackson, Angela Lansbury and Estelle Parsons, share the impact of the building’s embrace of the arts in this entertaining look at NYC history narrated by Chazz Palminteri.