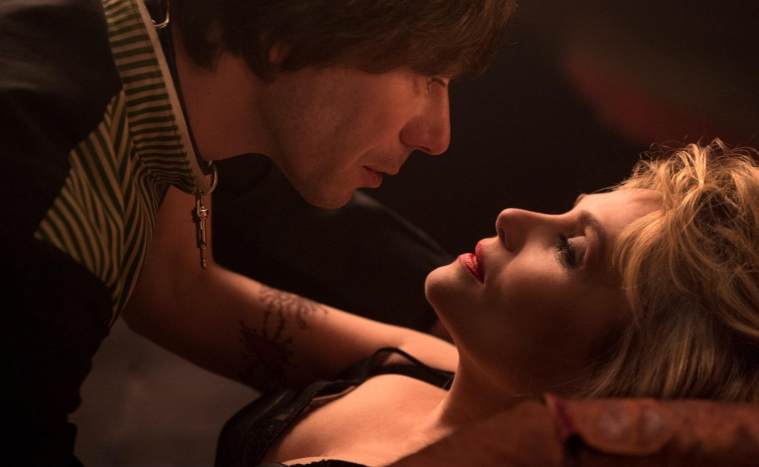 Coming off his adaptation of the play Carnage, Roman Polanski is staying in the same territory for his follow-up, which will actually see him head to the stage for another one-location drama. Venus in Fur, which premiered at the Cannes Film Festival last year, is his take on David Ives‘ Tony-winning play of the same title, and will be hitting theaters this summer.

Taking over the roles made famous by Hugh Dancy and Nina Arianda (the latter winning a Tony for best actress), Polanski brought on his wife, Emmanuelle Seigner, and her own Diving Bell and the Butterfly co-star, Mathieu Amalric, as the duo are thrown into an erotic game of cat and mouse centered on a young actress determined to book the lead role in a new play. We were mixed on the effort, saying, in our full review, that there’s a static nature to the proceedings, but that Polanski nevertheless “remains an accomplished director with an understanding of the importance of theatrics.” We’ve now got the first full U.S. trailer, which seems to spoil a bit and has fairly ridiculous voice-over, but can be seen below. Alone in a Paris theater after a long day of auditioning actresses for the lead role in his new play, writer-director Thomas (Mathieu Amalric) complains about the poor caliber of talent he has seen. As Thomas is about to leave the theater, Vanda (Emmanuelle Seigner) bursts in, a whirlwind of erratic—and, it turns out, erotic—energy. When Thomas agrees, reluctantly, to let her try out for the part, he is stunned and captivated by her transformation. Not only is Vanda a perfect fit (even sharing the character’s name), but she apparently has researched the role exhaustively—down to buying props, reading source materials and learning every line by heart. The likeness proves to be much more than skin-deep. As the extended “audition” builds momentum, Thomas moves from attraction to obsession… Adapted from the Tony Award-winning play by David Ives.