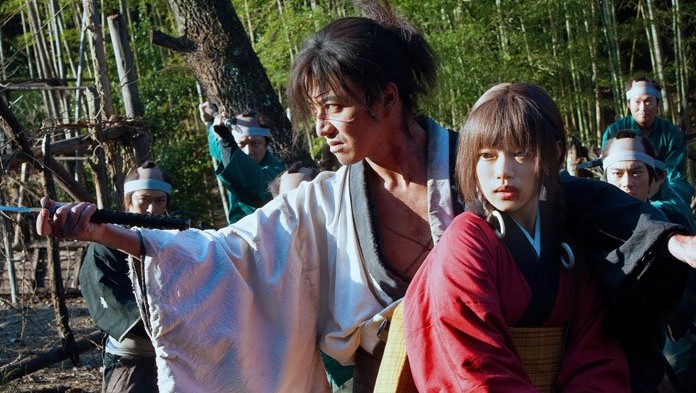 Premiering at Cannes this year, Takashi Miike brought his (100th!) new film Blade of the Immortal, a jidaigeki (period drama) action film based on the manga series by Hiroaki Samura. The story follows Manji, a samurai who cannot be killed by any wound, but who is vulnerable to a rare poison. Manji is enlisted by a young girl to avenge her parents, who were killed by a master swordsman.

Samurai Manji has taken a lot of lives, both innocent and guilty, and now lives life in feudal Japan as a criminal. After being cursed with immortality until he kills enough evil men, Manji meets a young girl who enlists him to be her body-guard. Swearing loyalty, protection and vengeance against the group of sword fighters who slaughtered her family, the unlikely duo set on a remarkable quest to make right against those who did them wrong.

Blade of the Immortal opens on November 3.