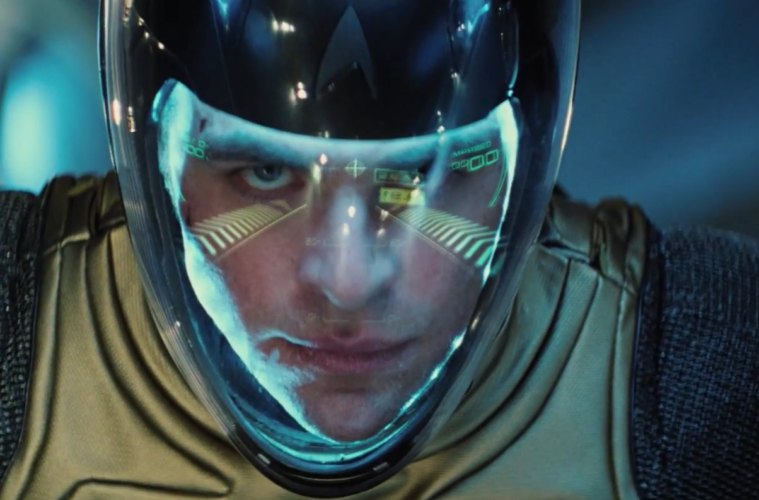 The Enterprise Takes a Dive In New Action-Packed Trailer For J.J. Abrams’ ‘Star Trek Into Darkness’

While we sincerely hope that Shane Black starts off the summer right with Marvel’s Iron Man 3 (and judging from the first trailer, he’s headed in the right direction), it is J.J. Abrams‘ next sci-fi epic that has us most looking forward to the early blockbuster season. After a promising theatrical trailer, we’ve now got a new, quick peek for Star Trek Into Darkness that is attached to Disney’s Oz the Great and Powerful, and perhaps the best look yet.

Filled with new action setpieces, which all look to live up to the ones in the first film, it’s the character interaction here that has me most excited for what Abrams has in store. While the first trailers have been a bit dour (clearly going for an Empire Strikes Back feel), this one includes some welcome comedy, and a few outlandish bits (just see the giant sea creature). Check the trailer (and new poster) out below for the film starring Chris Pine, Zachary Quinto, Zoe Saldana, Karl Urban, Simon Pegg, Anton Yelchin, John Cho, Bruce Greenwood, Benedict Cumberbatch and Peter Weller.