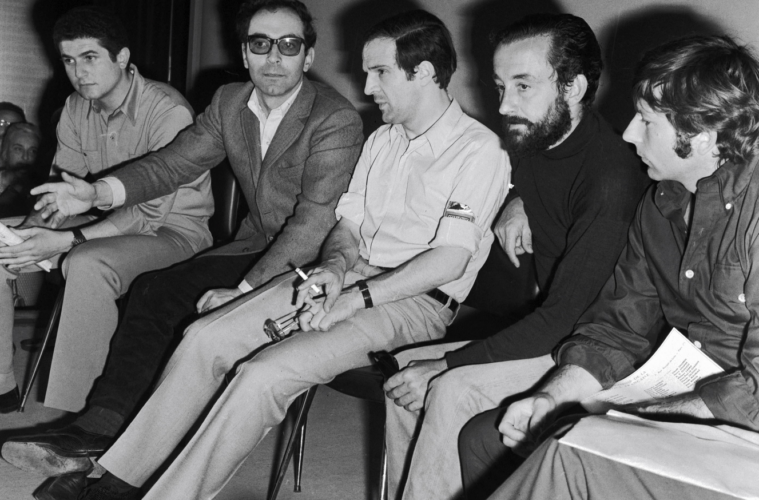 Above, Claude Lelouch, Jean-Luc Godard, François Truffaut, Louis Malle and Roman Polanski — one of 25 photos of filmmakers hanging out together. [Flavorwire] In honor of his birthday this past week, watch over 10 hours worth of George Melies‘ films. Watch a short BBC documentary on cinematographer Christopher Doyle (In the Mood for Love, Chungking Express). [The Playlist] The 2001: A Space Odyssey monkey takes a break from filming. Watch an interview with David Lynch around the release of his 1984 Dune.

Francouis Truffaut jots down possible titles for his directorial debut, The 400 Blows. [Aphelis] A rare Metropolis poster sold for $1.2 million and the piano from Casablanca went for $602,500 in separate auctions. [The Wrap/NY Times]