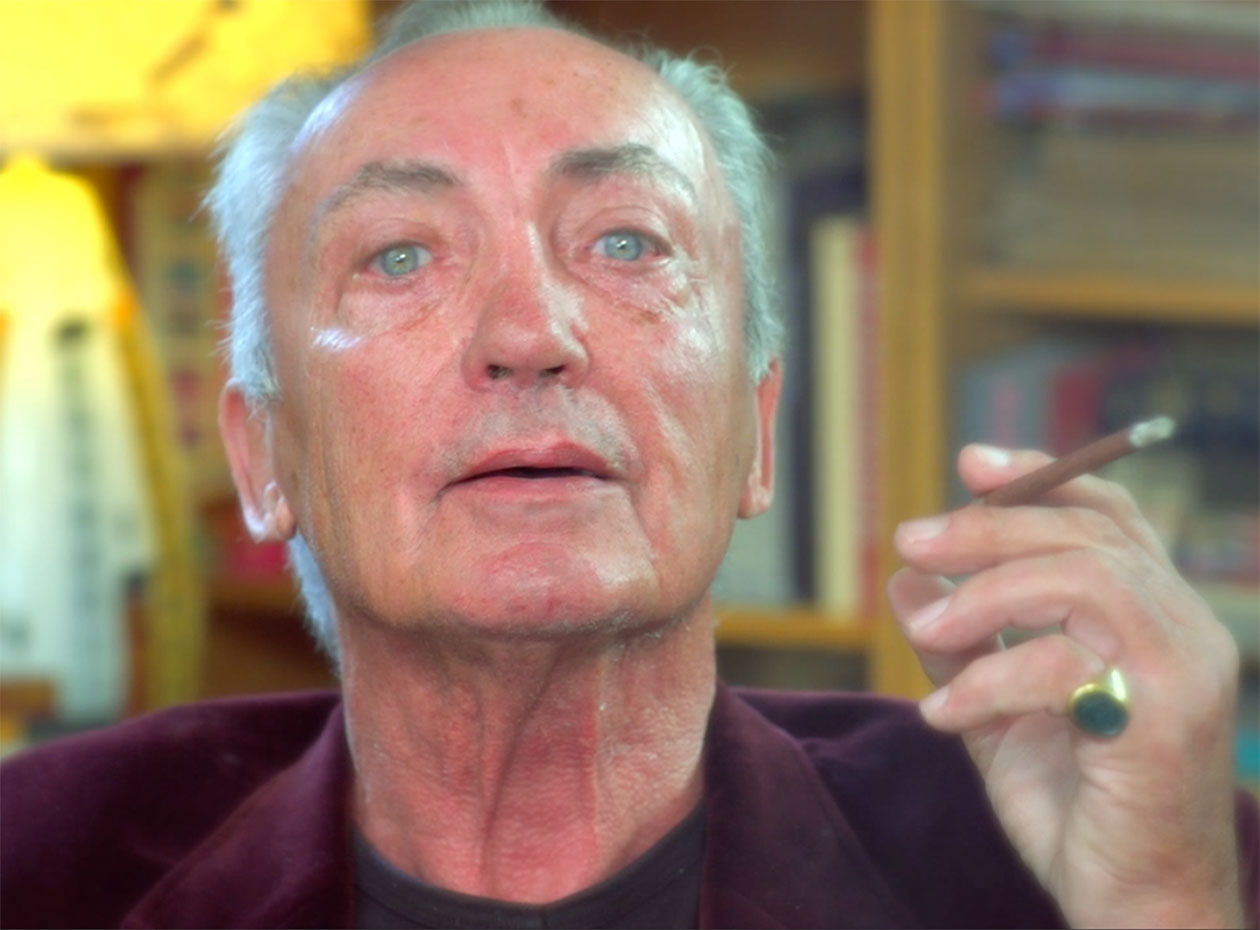 With most festivals moving full steam ahead, such as the recently wrapped Rotterdam and Sundance, the next two major ones on the calendar are Berlinale, which just unveiled its lineup, and South by Southwest, which has also dropped theirs.

“It’s been a year unlike any we’ve experienced, first marked by the cancellation of SXSW 2020,” said Janet Pierson, Director of Film. “We feel privileged to have been able to pivot to SXSW Online and present a fantastic treasure trove of programming, including a pared down and wonderful selection of films that we know will delight, entertain and move our attendees. SXSW Online will bring attendees a multifaceted event that speaks to so many areas of creativity in one five-day experience that everyone can access on their laptops, phones and TVs. While we won’t have the wonderful in-person SXSW that we know and love, we can gather together to be inspired by the work.”

The Film Festival will launch seven films at a time in two-hour increments from 10:00am – 8:00pm CT, with most of the films launching during the first three days of the event (Tuesday – Thursday), starting with the films with global access and no audience capacity limits. Once a film is available, it remains available on-demand until it hits its audience capacity or the event ends. Many films do not have a capacity limit and will be available for the duration of the event. While SXSW is a global event, certain films will be restricted to access in the United States due to rights and/or filmmaker or distributor discretion.

Check out the lineup below.

HEADLINERS
This year’s Headliners: Opening and Closing Night Films and a Centerpiece Film with associated Special Events on our Live Channel.

Tom Petty, Somewhere You Feel Free
Director: Mary Wharton, Producer: Peter Afterman
Drawn from a newly discovered archive of 16mm film showing Tom Petty at work on his 1994 record Wildflowers, considered by many including Rolling Stone to be his greatest album ever, Somewhere You Feel Free is an intimate view of a musical icon. (World Premiere) (Centerpiece Film)

Islands (Canada)
Director/Screenwriter: Martin Edralin, Producer: Martin Edralin, Priscilla Galvez
Joshua, a shy Filipino immigrant on the cusp of 50, has lived in the comfort of his parents’ home his entire life. With his parents now in old age, he pleads with God for a companion, terrified of being alone after they pass. Cast List: Rogelio Balagtas, Sheila Lotuaco, Esteban Comilang, Vangie Alcasid, Pablo Quiogue, Isys Szuky, Maximus Szuky (World Premiere)

Introducing, Selma Blair
Director: Rachel Fleit, Producers: Mickey Liddell, Pete Shilaimon, Troy Nankin
Introducing, Selma Blair is a deeply intimate and raw portrait of the actress after she is diagnosed with Multiple Sclerosis and makes a valiant, risky effort to try to slow the progression of her disease. For the acclaimed, yet often supporting actress, her starring role has finally arrived – she just had to show up and fully embrace herself.
(World Premiere)

The Return: Life After ISIS (Spain, United Kingdom)
Director/Screenwriter: Alba Sotorra Clua, Producers: Alba Sotorra Clua, Vesna Cudic
Shamima Begum (UK) and Hoda Muthana (US) made it into worldwide headlines when they left their countries as teenagers to join ISIS. Now they want to return but their countries don’t want them back. (World Premiere)

Subjects of Desire (Canada)
Director/Screenwriter: Jennifer Holness, Producers: Jennifer Holness, Sudz Sutherland
Subjects of Desire is a thought provoking film that examines the cultural shift in beauty standards towards embracing (or appropriating) Black aesthetics and features, deconstructing what we understand about race and the power behind beauty. (World Premiere)

United States vs. Reality Winner
Director: Sonia Kennebeck, Producer: Ines Hofmann Kanna
A state of secrets and a ruthless hunt for whistleblowers – this is the story of 25-year-old Reality Winner who disclosed a document about Russian election interference to the media and became the number one leak target of the Trump administration. (World Premiere)

The Lost Sons
Director: Ursula Macfarlane, Producer: Gagan Rehill
1960s Chicago, a baby is kidnapped from a hospital. Fifteen months later, a toddler is abandoned. Could he be the same baby? In a tale of breathtaking twists and turns, two mysteries begin to unravel and dark family secrets are revealed. (World Premiere)

Gaia (South Africa)
Director: Jaco Bouwer, Screenwriter: Tertius Kapp, Producer: Tertius Kapp, Jorrie van der Walt, Jaco Bouwer
In the depths of an ancient forest, something has been growing. Something older than humanity itself, and perhaps greater too. When a park ranger discovers a man and his son living wild, she stumbles onto a secret that is about to change the world. Cast List: Monique Rockman, Carel Nel, Alex van Dyk, Anthony Oseyemi (World Premiere)

FESTIVAL FAVORITES
Acclaimed standouts and selected premieres from festivals around the world.

How It Ends
Directors/Screenwriters/Producers: Daryl Wein, Zoe Lister-Jones
On the last day on Earth, one woman goes on a journey through LA to make it to her last party before the world ends, running into an eclectic cast of characters along the way. Cast List: Zoe Lister-Jones, Cailee Spaeny, Nick Kroll, Olivia Wilde, Helen Hunt, Lamorne Morris, Fred Armisen, Bradley Whitford, Charlie Day, Whitney Cummings

In the Same Breath
Director: Nanfu Wang, Producers: Nanfu Wang, Jialing Zhang, Julie Goldman, Christopher Clements, Carolyn Hepburn
Nanfu Wang’s deeply personal In The Same Breath recounts the origin and spread of the novel coronavirus from the earliest days of the outbreak in Wuhan to its rampage across the United States. (Texas Premiere)

VISIONS
Visions filmmakers are audacious, risk-taking artists in the new cinema landscape who demonstrate raw innovation and creativity in documentary and narrative filmmaking.

Delia Derbyshire – the Myths and the Legendary Tapes (United Kingdom)
Director/Screenwriter: Caroline Catz, Producer: Andy Starke
A portrait of the character and legacy of electronic sound pioneer Delia Derbyshire, who realised the Dr Who Theme tune in 1963 and explores the idea that this extraordinary composer lived outside of time and space as other people experience it. Featuring Caroline Catz, Cosey Fanni Tutti, Julian Rhind-tutt, Tom Meeten, Richard Glover, Saskia Reeves, and Michael Higgs. (International Premiere)

Through the Plexi-Glass: The Last Days of the San Jose
Director: Liz Lambert, Producers: Liz Lambert, Tina Gazzerro Clapp, Ariel Quintans
The documentary tells the story of a real estate deal’s unexpected detour — one that sparked the gentrification of Austin’s hippest neighborhood — and reveals layers of knotty, unanswerable questions, all more relevant than ever today. (World Premiere)

24 BEATS PER SECOND
Showcasing the sounds, culture and influence of music and musicians, with an emphasis on documentary.

Soy Cubana
Directors: Jeremy Ungar, Ivaylo Getov, Screenwriters: Agustín Rexach Martín, Ivaylo Getov, Jeremy Ungar, Producer: Robin Miller Ungar
When the Vocal Vidas, an all-female Cuban quartet, are invited to play their first show in the US, a simple concert becomes a journey across physical and ideological borders – affirming the connective power of music, even in the most uncertain times. (World Premiere)

Fucking with Nobody (Finland)
Director: Hannaleena Hauru, Screenwriters: Hannaleena Hauru, Lasse Poser, Producers:  Emilia Haukka, Jussi Rantamäki
Hanna is a film director. She loses her dream job to her rival Kristian who is much more popular, and not single. Thus, she decides to create a parody romance on Instagram to question the image one offers to society. This fake romance will have unexpected effects. Cast List: Hannaleena Hauru, Samuel Kujala, Lasse Poser (North American Premiere)

Luchadoras (Germany/Mexico)
Directors: Paola Calvo, Patrick Jasim, Screenwriters: Patrick Jasim, Paola Calvo, Phillip Kaminiak, Producer: Phillip Kaminiak
Luchadoras portrays the courageous female wrestlers of Ciudad Juárez, a city known for its high murder rate against women – who in the ring and in their daily lives fight to redefine the image of what it means to be a woman in Mexico. (World Premiere)

2020 SPOTLIGHT
Exciting Narrative, Documentary and Episodic projects from across our sections from the 2020 edition of the SXSW Film Festival.

We Are As Gods
Directors/Screenwriters: Jason Sussberg, David Alvarado, Producers: Kate McLean, Jamie Meltzer, David Alvarado, Jason Sussberg
“We are as gods and might as well get good at it,” Stewart Brand wrote in ‘68. The legendary pioneer of LSD, cyberspace, futurism, and modern environmentalism now urges people to use our god-like powers to fight extinction by reviving lost species. (World Premiere)

We Are The Thousand (Italy)
Director/Screenwriter: Anita Rivaroli, Producer: Simone Catania
Learn the story behind the viral video and what came after! We Are The Thousand takes you backstage with the Rockin’1000. A thousand musicians gathered together with one mission–to get the Foo Fighters to perform in their small town. (North American Premiere)