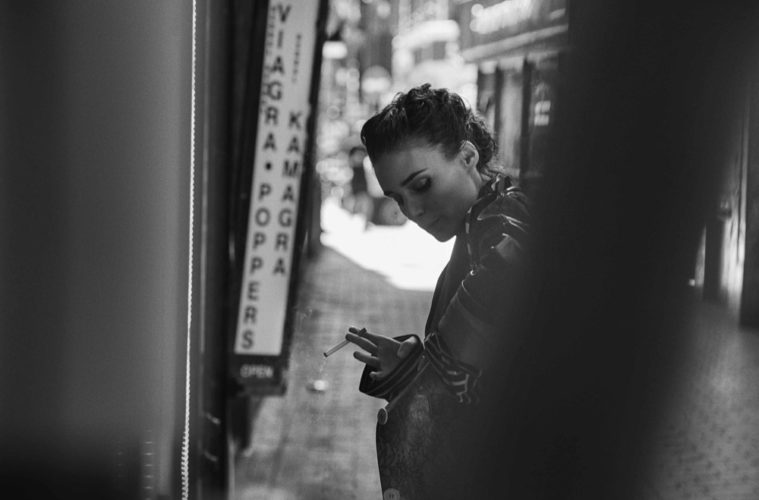 She was on the Terrence Malick movie I did. She shot, like, three days. I don’t know if she’ll end up in the cut, but her first day, she knocked on my trailer door—I hadn’t met her yet—and she introduced herself, because she was a huge fan of The Girl With the Dragon Tattoo. I was like [screams]. We had scenes together where she’s showing me stuff on the guitar, and then she does a show in Austin. They really wanted me to go out on stage and play with her, which I refused to do. But she put a chair on stage for me to sit and played a song to me. It was amazing. She was playing herself but giving my character all this advice. And it was actually really good advice, all about relationships.

Watch Robert Altman direct a scene with Martin Scorsese and Steve Buscemi for Tanner on Tanner:

The United States’ largest Nobuhiko Obayashi retrospective ever is coming to NYC’s Japan Society next month:

This fall, Japan Society is proud to invite Japanese filmmaker Nobuhiko Obayashi to the largest retrospective of his work ever organized in the U.S. With 10 feature films and a short ranging from 1964 to 2014, in addition to an in-depth conversation with the director covering his entire career, Nobuhiko Obayashi: A Retrospective offers a thorough (re)introduction to this endlessly innovative, singular film artist who burst into the consciousness of many American film fans with his cult hit House. This series is guest curated by Dr. Aaron Gerow, Professor of Film Studies and East Asian Languages and Literatures at Yale University.

Watch a pair of videos featuring posters coming to life: