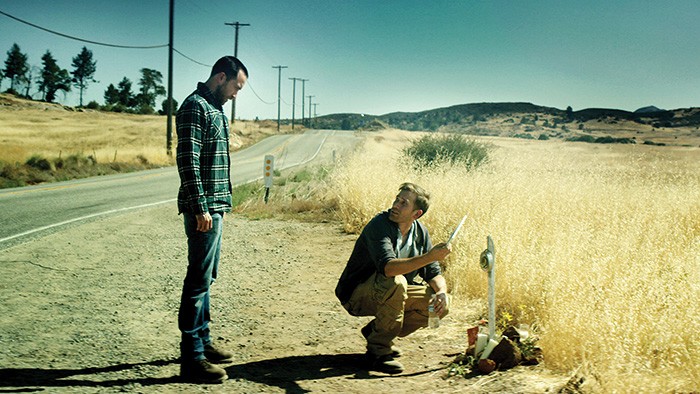 ‘Spring’ Directors Go Supernatural in First Trailer for ‘The Endless’

After melding a romance drama akin to Before Sunrise with an unsettling horror feature in Spring, directing duo Justin Benson and Aaron Moorhead are back with their next film. The Endless, which premiered earlier this year and recently stopped by Fantastic Fest, riffs on H.P. Lovecraft’s “Unknown,” and now the first trailer has landed.

“You don’t need to have seen Resolution to enjoy what this new film offers, but it does enrich the experience ten-fold because of the expansion of mythology that’s presented through two minor characters originally dismissed as brief comic relief,” we said in our review. Starring Benson, Moorhead, Tate Ellington, Callie Hernandez, James Jordan, and Lew Temple, see the trailer below.

Following their Lovecraftian modern cult classic SPRING, writer/directors Justin Benson and Aaron Moorhead star as brothers who receive a mysterious message inspiring them to pay a visit to the cult they escaped as children. As unsettling events and phenomena begin to occur, the brothers are forced to question whether the cult’s supernatural beliefs might not be entirely made up – and if, now that they’ve returned, they’ll be allowed to leave again.

The Endless will be released by Well Go USA in 2018.