Indulge in a Wholehearted 1980s Throwback with First Trailer for VHYes 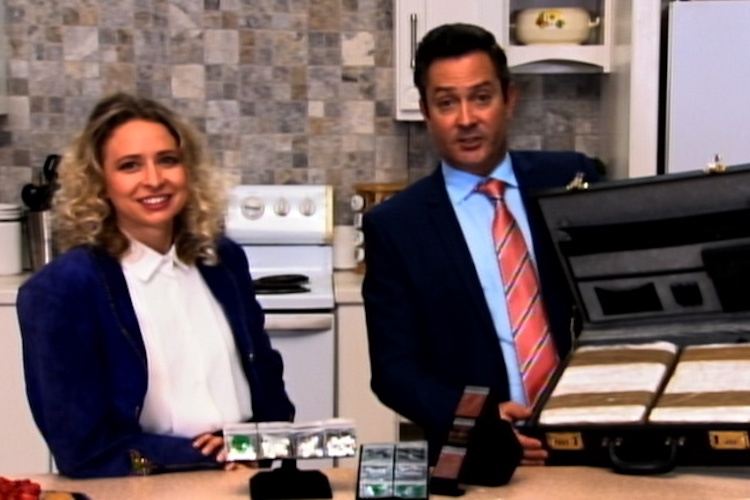 An official selection at Fantastic Fest and a Kickstarter success story, Oscilloscope Laboratories picked up VHYes, a charmingly sincere nostalgic ode to the 1980s VHS craze. Jack Henry Robbins’ film, which opens on January 12 at select Alamo Drafthouses then wider on January 17, is impressively shot entirely on VHS and Betacam and now the first trailer has landed.

The retro comedy follows the exploits of the young Ralph (Mason Mcnulty) who mistakenly records home videos and late-night shows over his parent’s wedding tape. Hilarity naturally ensues in this Charlie Kaufman-esqe comedy.

Virginia Yapp in her review from Crooked Marquee lauded the film, “I didn’t expect a film that derives so much humor from combative QVC presenters and Skinemax-style erotica to leave me so teary-eyed (and so thankful to have found a working VCR a few months back),”

A bizarre retro comedy shot entirely on VHS, VHYes takes us back to a simpler time, when twelve-year-old Ralph mistakenly records home videos and his favorite late night shows over his parents’ wedding tape. The result is a nostalgic wave of home shopping clips, censored pornography, and nefarious true-crime tales that threaten to unkindly rewind Ralph’s reality.