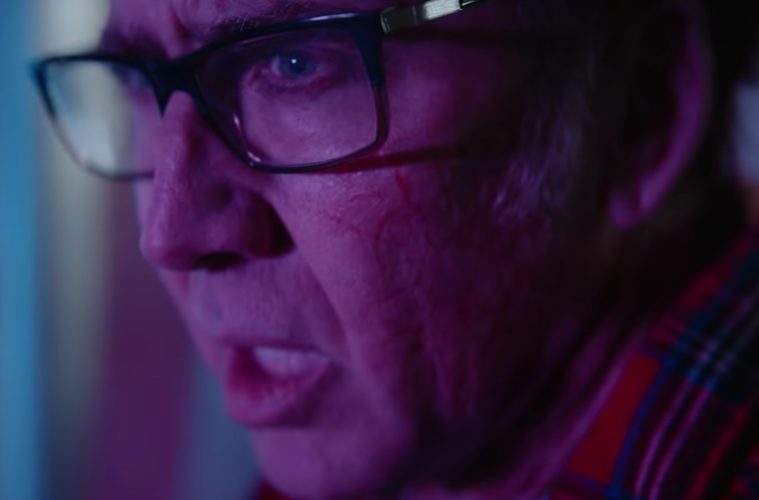 It’s the start of a new decade and while our most-anticipated films of the year will be unveiled in the coming weeks, we’ll start with a look at January. As always when it comes to the beginning of a new year, a number of 2019 favorites will also be expanding this month, including Terrence Malick’s A Hidden Life, Karim Anouz’s Invisible Life, and Sam Mendes’s 1917, so check your local theater listings. A major part of the month will also feature extensive coverage from the 2020 Sundance Film Festival, so be sure to bookmark this link for all of our reviews, interviews, and more. Now, on to what is coming to theaters this month.

Yes, an early January release doesn’t bode well for any film but there are enough enticing factors to this aquatic thriller that have our curiosity piqued (much like the year’s first wide release, a Nicolas Pesce-directed take on The Grudge, which just missed this list). There’s director William Eubank behind the camera, after enjoying his previous two films (The Signal and Love),  as well as a lead performance by the always-impressive Kristen Stewart and the rare Hollywood turn from Vincent Cassel. Perhaps we can simply chalk up the unfortunate release date to Disney dumping their Fox assets, and here’s hoping there’s some underwater fun to be had.

A Late Quartet director Yaron Zilberman returns with this new drama, which premiered at TIFF earlier this year to strong acclaim and was selected by Israel as its Oscar entry. Following the true story of the radicalization of law student Yigal Amir in the year leading up to his assassination of Prime Minister Yitzhak Rabin in 1995, it looks like a gripping, harrowing story exploring the foundations of violent extremism.

Many films attempt to hawk a certain kind of nostalgia, but don’t have the aesthetic memories to actually go the extra mile. That’s not the case for Jack Henry Robbins’ VHYes, which was shot entirely on VHS and Betacam. A hit at Fantastic Fest, the sketch film follows a young boy who records over his parent’s wedding tape, with a cast including Kerri Kenney, Thomas Lennon, Mark Proksch, Charlyne Yi, Courtney Pauroso, and Rahm Berkshaw, as well as cameos from Robbins’ real-life parents, Tim Robbins and Susan Sarandon.

Following her impressive, acclaimed documentary Casting JonBenet, Kitty Green has returned with her narrative debut The Assistant. A world premiere at Telluride Film Festival, announced right before the festival began after a secret shoot early last yet, the film stars Julia Garner in NYC as an assistant to a powerful filmmaking executive as she becomes entangled in a world of abuse. Although not directly a Harvey Weinstein film, the fictional characters and story were inspired by Green’s extensive research to those affected by his abuse and others in the industry in what will no doubt be a powerful experience.

Coming off his record-breaking anime hit Your Name., director Makoto Shinkai is back with a new feature, which we caught up with at TIFF. “Jared Mobarak said in his review from TIFF 2019, “This theme of stepping up and embracing responsibility for one’s actions permeates the entire film… [there’s a resonant tale of empathy and romance as the bond of friendship between Hodaka and Hina naturally blossoms thanks to them becoming the other’s constant within an ever-fluctuating existence.”

Just a short time after Mandy–and a few requisite direct-to-DVD duds in between–Nicolas Cage is back with another stand-out performance, finally entering the world of H.P. Lovecraft. In our most-read review of the last year, Josh Lewis said in our TIFF review, “Stanley approaches this narrative with a true sense of wackiness, really leaning into the ridiculousness of the daughter riding her horse through ancient New England forests with Satanic tattoos like she’s in an 80s fantasy film or Cage yelling about milking Alpacas at the local water surveyor for some reason. No people would act the way they do in this film and each of the actors honestly feels like they’re in a different film from one another, creating this disorienting, meta comedic effect which might seem like an odd choice for horror but if anything, it is so strange it registers as if we are watching a transmission beamed in from another planet.”

Building an impressive body of work over the last half-century-plus, Marco Bellocchio is back with an Italian crime epic, but not the kind one may think when throwing around that term. In our NYFF review of Italy’s Oscar entry, Jason Ooi said, “The nonagenarian director’s latest work The Traitor, while retaining the politically-charged and controversially thematic nature of his past films, is perhaps his most accessible work yet. Following real-life mafia boss Tommaso Buscetta–a figure ripe for adaptation–the film may better be described as a gangster movie in reverse.”

A harrowing, suffocating, but ultimately beautiful portrait of finding a semblance of life after deep trauma, 28-year-old Kantemir Balagov’s second feature will arrive this year after picking up the Best Director prize following its Cannes debut in Un Certain Regard. Zhuo-Ning Su in our review praised as “blisteringly insightful,” while Balagov recently sat down with us for an interview and shared his thought process in crafting a narrative that dealt with how women were affected by the war.

Before the year is over we’ll be getting a new film from Jia Zhangke, following his masterful Ash Is Purest White, but first, one of his earlier gems will finally be getting a U.S. release, beginning at NYC’s Metrograph. I Wish I Knew, which premiered at the 2010 Cannes Film Festival, features Hou Hsiao-hsien, Tao Zhao, and more recalling their experiences in a changing Shanghai over the course of nearly a century. This first-ever theatrical release in the U.S. will be presented in its 118-minute director’s cut and is one of the most essential watches in this early decade.

Capping off an incredible decade, Bertand Bonello followed Nocturama with Zombi Child, an endlessly fascinating, Tourneur-esque stab at horror meets history. Following a Cannes premiere, it’ll now arrive in theaters this month. Ed Frankl said in our review, “This is a film about being between things–bounded by old traditions and modern culture, the old and new world, and, in the case of our young leads, between childhood and adulthood.