NYFF Review: ‘The Traitor’ is an Accessible Arthouse Genre Film About Conscientious Rebellion 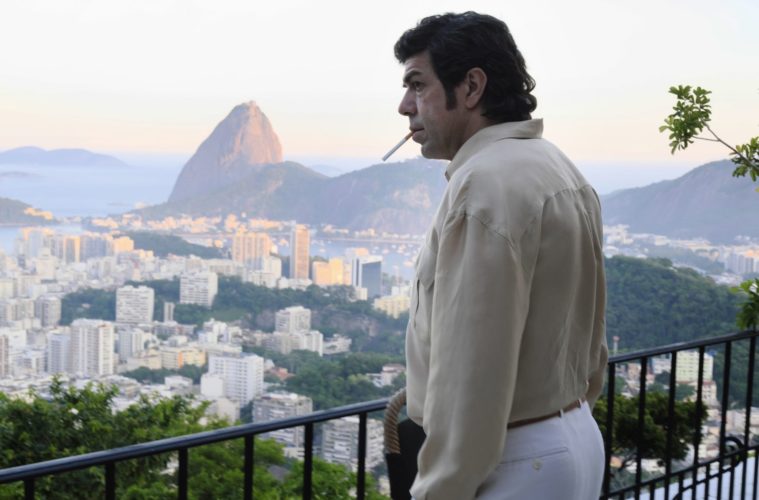 Despite 55 long and active years in the film industry and a long list of accolades, Marco Bellocchio remains one of the less recognized Italian auteurs of his stature–an unfathomable distinction when considering the palatable (dare I even say fun) nature of his arthouse cinema. The nonagenarian director’s latest work The Traitor, while retaining the politically-charged and controversially thematic nature of his past films, is perhaps his most accessible work yet. Following real-life mafia boss Tommaso Buscetta–a figure ripe for adaptation–the film may better be described as a gangster movie in reverse. Ignore the genre conventions that romanticize the mercurial rise-and-fall nature of organized crime and create easy villains out of snitches with selfish motives. After a gruesome, rapid-paced montage of mob assassinations opens the film and satisfies the expectation of violence, Bellocchio picks up on Buscetta’s life in post-retirement Brazil, faraway and safe. Buscetta’s significance is not in his rank-climbing glory days with the Cosa Nostra crime syndicate, Bellocchio promises, but rather in his active participation in its downfall–as one of the first members to provide information to officials.

Moles have been heroes of films in the past, but that characterization creates a binary out of more complicated gang-police relationships and rewards loyalty without consideration of morality. To make a snitch likable is an ambitious task–but to position them as the central protagonist of a film is a more daunting endeavor altogether. One can hypothesize why: Crime is cruel, difficult work, and comfort–curious satisfaction even–can be found in the honorable codas established by Hollywood screenwriters that elevate and separate that lifestyle from our own mundane ones; to break one’s silence symbolically voids the entirety of that contract; without values, the classically celebrated anti-establishment Robin Hood figure is just another petty thief.

Pierfrancesco Favino’s charismatic performance as Buscetta certainly helps in establishing the heroism of a snitch, carrying with it an air of masculine confidence that easily engenders authority, but much of the convincing is Bellocchio’s burden to bear. The opening sequence of abrupt shootouts targeted primarily at innocents vaguely establishes the nature of Buscetta’s betrayal, as an on-screen count-up timer highlights a dozen victims in a pool of hundreds, punctuated sporadically by the resounding impact of gunshots and other forms of violence. The rest of the film quite farcically depicts the Maxi Trial, in which 475 Mafiosi (about 2 dozen are depicted) were prosecuted by Italian judges–one of the first moments in history in which that brand of organized crime risked actual punishment. The roots of the mafia and its perceived reputation in Italian daily life is acknowledged, as the proceedings quickly devolve into that of a kangaroo court; a majority of the ardor of reporters, civilian attendees, and indicted gangsters target their anger towards Buscetta’s betrayal of secrets, as the head judge struggles to maintain control. Spanning six years within the walls of the Palermo Prison–outfitted to look like a courtroom–these scenes absurdly depict the arduous process of uncovering justice, but also feel determined to reflexively make a case for the archetypal “traitor.”

The justification of Buscetta’s betrayal is revealed to be quite reasonable–following the logic of the Benjamin Franklin aphorism: “Rebellion to tyrants is obedience to God.” Revealing a generational misunderstanding of core values and the amplified greed of the Cosa Nostra, which initially dealt in cigarette smuggling before escalating to more damaging substances, he laments the loss of honorable men in positions of power; his actions are not treasonous, for the group he has initially pledged loyalty to has itself betrayed its foundational ideologies. It becomes hard not to apply these ideals to this contemporary moment in culture. Responsible government whistleblowing comes at a heavy cost, and rampant patriotism often disguises the drastic change of certain cultural values. The political implications are abundant and universal–nationalist attitudes that often derive pride from victory over oppressive regimes, now seem culturally marked as oppressive in themselves.

The modern patriot is not somebody who blindly commits to an organization and clings onto old, regressive practices with the excuse of tradition worn as a disguise for selfish motivations. They are unlikely heroes like Buscetta, who recognize the deterioration of core values and stand up for them regardless of the cost.

The Traitor screened at the 57th New York Film Festival and opens on January 31, 2020.