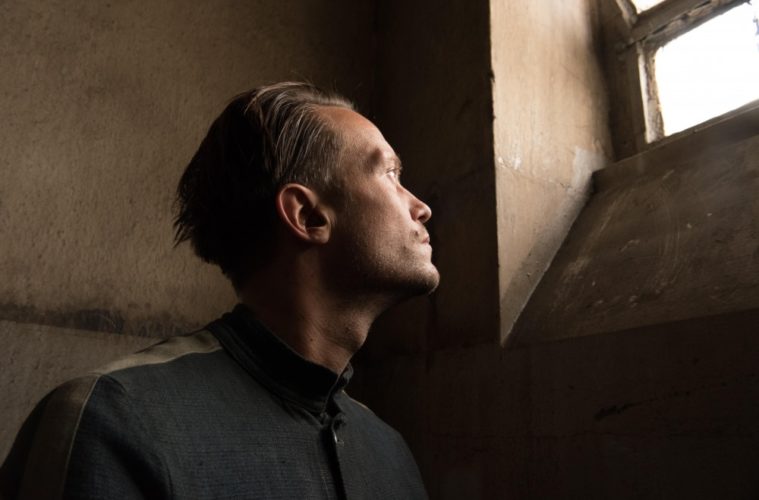 Cannes Review: Terrence Malick’s ‘A Hidden Life’ is a Wrenching Ode to Faith

When Austrian farmer Franz Jägerstätter (August Diehl) glances skyward and calls for God to show him a sign, to guide him, what does he hear? The rumbling of a thunderstorm hovering atop the Alps surrounding his bucolic hometown of St Radegund; the sound of the wind caressing the wheat fields around the village; the voice of his wife Fani (Valerie Pachner) and their three little girls. And then, once World War II breaks out and jettisons him in a dim-light world of military prisons and court tribunals, it’s the sound of broken limbs and bodies thudding on floors; the echo of air raid sirens; the loud bang of gunshots. In a body of work infused with the question of faith, mankind’s distance and proximity to God has never felt as pressing a concern as it does in A Hidden Life, a period piece homing in on the real-life story of a man who refused to enlist for the Nazis, and paid the ultimate price for his defiance. Shot in gorgeous wide-angles by Jörg Widmer (previously credited as camera crew for The Tree of Life, the first rupture in the Malick-Lubezki duo in a while), Hidden Life feels like a return to more linear, traditional narratives for a director whose last four 2010s narrative works (from The Tree of Life to Song to Song) had toyed with more labyrinthine, multi-layered scaffoldings. Clocking at a whopping 173 minutes, it is Malick’s longest work to date (director’s cuts excluded), but also his structurally most accessible. Of those three hours, it takes about one for farmer Franz to meet the fate he’s restlessly prayed to be spared from. A pacifist and profoundly devout Christian, the man’s abhorrence for a war he sees as unjust is so deep-seated he cannot bring himself to swear loyalty to Hitler and the Nazi Germany Austria had just recently been annexed to. And in a remote village home to a handful of families of farmers, bakers, and blacksmiths, it’s only a matter of time before the man’s resolute anti-war sentiment and refusal to join fellow soldiers at the frontline is interpreted by Radegund denizens as an act of betrayal, a stab in the back to the many families whose sons have already been shipped to the front, and never returned.

“What’s happened to our country?” ponders Franz, as he eschews alcohol-fueled confrontations with the belligerent village Mayor, and finds refuge in Fani’s embrace; “don’t people know Evil when they see it?” But in Malick’s script–voiceover-heavy and unfurling as a long, uninterrupted conversation between husband and wife, and between husband and God–Franz’s preoccupations find no audience. In this sense, A Hidden Life is an invocation, the wrenching and unheeded plea of a man struggling to preserve his humanity intact as the world around him plunges deeper into evil, and worse, watches motionless and indifferent as said evil blossoms, spreads, and becomes normalized. State and Church are equally deaf to Franz’s worries, and equally complicit in the crime. For even when the devout man turns to the clergy for help, consulting a bishop over his decision to refuse joining the troops if called upon by military authorities (“shouldn’t it matter if a war is just or not?”) the prelate’s answer is a chilling reminder that “you have a duty to the Fatherland; the Church tells you so.”

Still, the horrors of the frontline remain a distant, ethereal presence, reverberating in the muffled sound of war planes gliding above the clouds and in the Führer’s speeches, bellowed from megaphones around the village. Malick’s latest may well echo the anti-war sentiment of The Thin Red Line–offering an interesting companion piece to it, incidentally–but it is not a war film tout-court. World War II is an encroaching evil, but remains an invisible one. And the conflict the script pivots on is one of unbridgeable philosophies, of different languages. It is a battle that plays out from within (the internal struggle of a Christian and his conscience) and without, between Franz and the crowd he’s up against: the villagers who gradually ostracize his whole family, and the soldiers who incarcerate him no sooner than he shows up at the barracks after being enlisted, and refuses to recite the oath, embarking on an asphyxiating hell of prison tortures and loneliness. “Do you have a right to do this?” military court judge Bruno Ganz challenges Franz minutes before the final sentence. “Do I have right not to?” the inmate asks back. Watching the farmer willingly and unflinchingly head toward his tragic fate, showing the other cheek to the men who humiliate, belittle, and torture him, Diehl’s Franz harkens back to a Christ-like figure. And indeed, as A Hidden Life enters its last, prison- and tribunal-set segments, the feeling is to be witnessing Malick’s own version of Christ’s Passion. From a director whose poetic imaginary has long been concerned with the need to reveal and celebrate the beauty and immanence of the natural world, A Hidden Life feels both familiar and perturbing.

While Lubezki’s absence may raise a few highbrows, Widmer’s widescreen tableaux capture the sprawling immensity of Franz and Fani’s hidden life in all its mystic splendor, while the otherworldly choirs and classical pieces by composer James Newton only add to the wonder. And yet, A Hidden Life seems to complicate Malick’s traditional evangelizing. If some of the most entrancing shots of his previous works (from the tree-root cathedral in The Thin Red Line to the Grand Canyon segments in The Tree of Life) were the hymns of a man who heard all of creation trumpeting the glory of the Creator, A Hidden Life seems more preoccupied with thrusting light onto a humanity who may have lost the ability to hear the divine speak. “Someday I’ll paint a true Christ,” a man working on the frescos decorating Radegund’s church tells Franz in an early scene, complaining about his inability to depict Jesus’ suffering instead of the more tranquil, peaceful icons local clergymen are after. It’s a subtle summation for a film that achieves the miraculous feat of both jibing at religious institutions, while celebrating faith as something that transcends them, something mysterious to cherish and behold.

A Hidden Life premiered at Cannes Film Festival and will be released by Fox Searchlight on December 13.