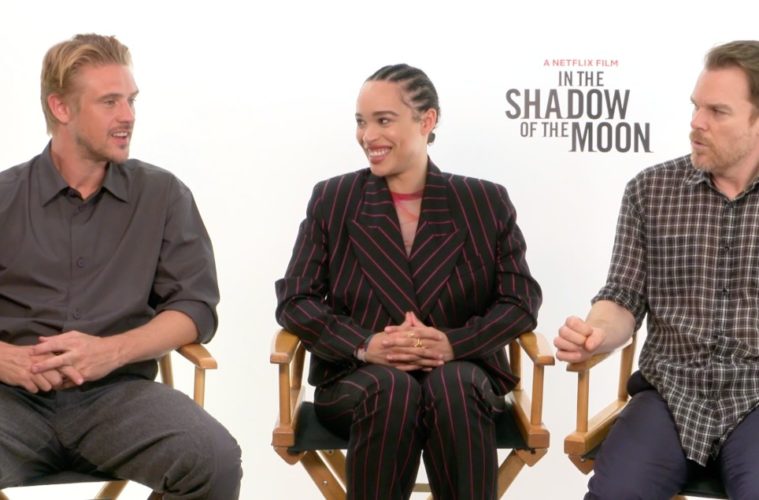 Jim Mickle, Boyd Holbrook, Michael C. Hall & Cleopatra Coleman on Crafting Sci-Fi Thrills in ‘In the Shadow of the Moon’

Director Jim Mickle is no stranger to genre filmmaking. He’s made films about cannibals, vampires, and psychopaths, and won plenty of fans along the way with We Are What We Are, Stake Land, and Cold in July. In his latest, the upcoming Netflix title, In the Shadow of the Moon, he explores the concept of obsession in a multi-generational familial drama. It’s also a murder mystery detective story that has an element of time-travel. So, yes, it’s ambitious to say the least, and it’s also Mickle’s largest production to date.

The film stars Boyd Holbrook, Cleopatra Coleman and Michael C. Hall who all play a part in this massive storyline. While at Fantastic Fest, we sat with Mickle to talk about the film’s moving parts, how he loves getting his actors dirty, and staging large-scale action. We also spoke with the film’s stars about the themes and concepts at play in this high-concept familial drama.

Check out both interviews below.

In the Shadow of the Moon hits Netflix on September 27.