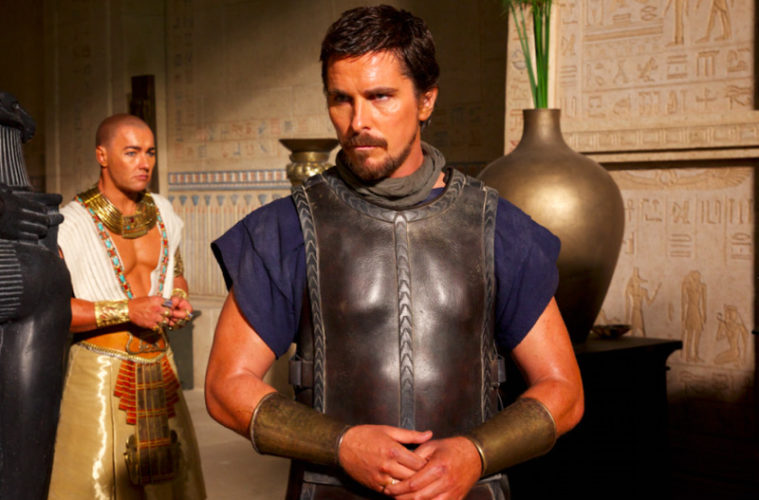 Ridley Scott, crafting what he refers to as the biggest project of his career, seemingly has limitless resources for the construction of elaborate sets, top-notch visual effects, and, well, virtually everything else for his Moses biopic Exodus: Gods and Kings, as evidenced in the first trailer. However, one crucial aspect has caused major controversy months before release: a whitewashed lead cast, the anger surrounding which can be seen in tweets below.

The irony. Coincidence or not. Black actors cast to play slaves #BoycottExodusMovie pic.twitter.com/ImA6jpMVRG

This is far from the first time Hollywood has gone with star power and box-office clout over accurate portrayals of culture and race, but, in this day and age, it’s as lamentable as ever. Scott has now responded to the controversy, telling Australia Yahoo, “Egypt was – as it is now – a confluence of cultures, as a result of being a crossroads geographically between Africa, the Middle East and Europe. We cast major actors from different ethnicities to reflect this diversity of culture, from Iranians to Spaniards to Arabs. There are many different theories about the ethnicity of the Egyptian people, and we had a lot of discussions about how to best represent the culture.”

If Scott’s idea of “diversity” is — as the above tweet displays — having African actors play slaves while U.K.’s Christian Bale, Australia’s Joel Edgerton, the Idaho-born Aaron Paul, and others simply throw on some tanning oil, it sounds like he didn’t get the message. Considering its size and scale, perhaps the best Exodus can do is bring this issue to the forefront of a conversation from where Hollywood eventually gets wise about accurate representations. Meanwhile, see the “diversity” in a batch of new pics below. What do you think of Scott’s response?