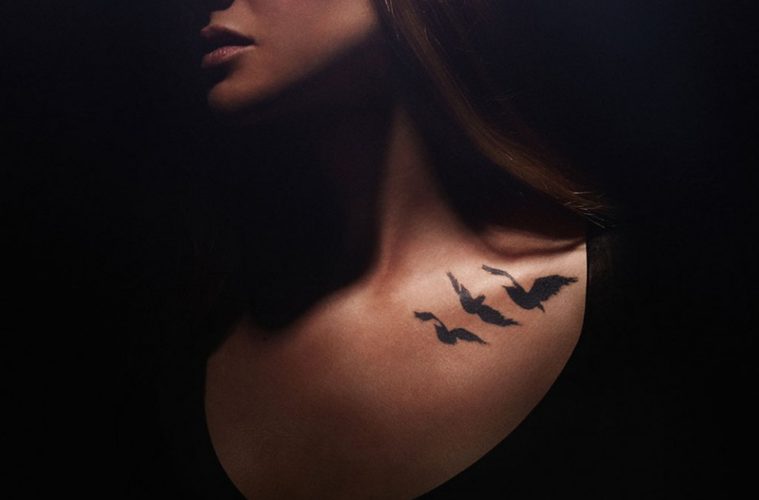 Like it or not, the twenty-first century has brought cultural alterations. For instance, the conversation about futuristic dystopias and/or social upheaval no longer includes 1984, Brave New World, or Fahrenheit 451. Our contemporary equivalents are now The Hunger Games, The Maze Runner, and Divergent. They may not be at the same reading level, target the same demographic, or prove as smart and prophetic as the former trio, but that doesn’t mean they aren’t relevant or effective. All except for one thing impossible to ignore: their delivery method. The trilogy has become a ubiquitous byproduct of our more is better philosophy, unfortunately turning what could be instant classics into timely, flash-in-the-pan homage. Suzanne Collins somehow circumvented this inevitability with Katniss Everdeen’s riveting saga and its subsequent cinematic adaptations. With Divergent, Veronica Roth, however, sadly falls short. I haven’t read the novel so I can’t pass judgment on whether screenwriters Evan Daugherty and Vanessa Taylor’s job to distill everything into 139 minutes efficiently was futile, but I can say the story onscreen is less than perfect. It’s generally the second installment of a trilogy that receives the brunt of incompleteness because it needs the exposition of what came before and the conclusion of what’s coming for coherency. Divergent, however, finds itself biting off way more than it can chew right out of the gate by trying to familiarize us with a brand new world and lay the groundwork for future political chaos. Rather than concentrate on environment and character development, it spends two-thirds of its runtime forgetting it needs an ending. The result’s a rushed third act tease that fails to manufacture a sense of completeness.

I’m sure Roth prevented this on the page by devoting more time to evolving faction initiates into bona fide soldiers, but director Neil Burger isn’t afforded that luxury. While he did find himself with double the budget after Lionsgate’s vertical integration production system and full coffers thanks to Hunger Games increased its modest forty million to eighty, an extra hour of runtime for clarity’s sake wasn’t in the cards. It’s a shame, too, because the beginnings contain a great deal of enjoyment. Its brief prologue introducing a post-apocalyptic Chicago and the five population factions of Abnegation (selflessness), Erudite (intelligence), Dauntless (bravery), Amity (peace), and Candor (honesty) was concise; the transition into the teenage choosing ceremony smooth and informative. We quickly understand class wars have begun and wonder how young Tris (Shailene Woodley) will grow to combat them.

Tris is our heroine—a child raised under the Abnegation banner (charitable government officials) who discovers the test telling her what faction to select for adulthood is inconclusive. This labels her a “Divergent”, someone whose psychological make-up isn’t easily categorized and therefore manipulated into becoming a lemming that does his/her job without question. The word itself is spoken in whispers as though a ghost story parents tell children to scare them straight and remain true to the “family business”. Whether anyone believes they exist or not, everyone knows the Erudite fear Divergents will one day awaken the world to the scientific branch’s slowly tightening vice grip. Human nature allowing Divergents to willfully choose love and blood over duty threatens Erudite leader Jeanine Matthews (Kate Winslet) and she doesn’t hide her belief they should all be eradicated. Long story short, Tris chooses Dauntless for whatever reason you’d like to believe. She wants to be strong, adventurous, away from the depression of home, injected to the frontlines of change, or simply as far away from the oppressive corruption Jeanine exudes with every calculating smile. It’s among the transplants into this faction that we discover how different she is compared with new friend Christina (Zoë Kravitz), enemy Peter (Miles Teller), and training instructors Four (Theo James) and Eric (Jai Courtney). We glean information about the struggle initiates undertake to be included so as not to become a Factionless (homeless on the streets without community or direction). We see how much clearer Tris thinks, her ability to conquer fear, and a determination that alienates those she leapfrogs more than win allies.

This is the good stuff both for world building and fun. As it’s a school of hard knocks that pits Four’s compassion against Eric’s totalitarianism, watching them face-off with their respective teams of pupils is worthwhile fodder for comic relief. Between James’ eyes constantly smirking smugly despite his otherwise unfazed, dry delivery and Courtney’s perpetual growl and delight in the misfortunes of others, things progress at a rapid clip of entertainment until the bigger picture takes shape and sides are more clearly delineated. Unfortunately, the movie is very rigidly segmented in much the same way as it must not only jam in the main conflict at the end but also the circumstances leading to it. Only when Tris is close to “finding herself” does the film’s plot kick in and by that time it’s too late. All hell breaks loose after almost two hours of training lulls us into thinking Divergent will stick to the smaller scale internal strife before expanding outwards in later films. Characters we’ve forgotten about return to focus, conspiracies barely touched upon are fully realized at the drop of a hat, and the film keeps going every time it seems the perfect moment for a cliffhanger. The climax is a blow to the head we aren’t prepared for after such a leisurely pace getting to know Tris and Four. We constantly think, “Oh, but they won’t have time to rectify that,” only to watch it hastily tied up in a sloppy bow. Tris’ family (Ashley Judd, Tony Goldwyn, Ansel Elgort), Abnegate leader Marcus (Ray Stevenson), and sympathetic Dauntless Tori (Maggie Q) all get transformed into plot progressing pawns.

Even as the main villain, Jeanine is a one-dimensional baddie who pops up when the story calls. Winslet does her best, but the role simply doesn’t have what she needs to be real. The only truly immersive characters are Tris and Four; the former is obvious being the star, but that shouldn’t discount Woodley giving her emotional range and strength a la Jennifer Lawrence in that other YA fantasy. You align yourself with her because Tris is an approachable, relatable soul. It’s the same for James’ Four with his interest lying in the mystery and complexity of his backstory. They both have what it takes to save their world from tyranny, but it doesn’t seem too difficult when they’re fighting obstacles hurriedly propped up for conflict’s sake. Hopefully Insurgent provides something more formidable to combat.